Ha. I found the issue … the card reader that I was using to write the image was a total dud. … I wasn’t expecting that !

All good once I used another card reader.
So now updated to 4.54

Thanks for the support through this forum

I’ve only tonight made the jump from 0.4.2 to 0.45. As soon as I got it going, Roon wanted to update to 1.6. The Core, endpoints, controllers. All went well, but I’ve found a very a different sound signature as result.

It’s much clearer, cleaner across the tops & mids, the lower mids / upper bass is much more in control. It’s a substantial improvement ! I approve !!!

So, the question is to learned folk here is: Is it the Eunhasa firmware upgrade ? Or Roon ? Or is it both, and I’m a dumbo and missing the point of how these work together ?

Interested in thoughts / other viewpoints. But hey, maybe this another thread altogether.

I made the SOtM update some days ago. I also noted a small SQ improvement. SOtM claims, that it should do that, as the Linux update they’ve done seems significant and should improve noise etc. Reading through the release notes from Roon, there is no mention of anything that affects sound. So my guess is, that you hear the new, improved SOtM. Will try to test Roon tonight. I’m very much looking forward to the new Radio and will try Q, as so many ppl said, that it sounds better than Tidal (which is hard to believe…).

Firmware 4.55 is uploaded to Eunhasu now, made the upgrade took about 5 minutes. Eunhasu is faster now and Roon working as it should.

Hey, this fixes the hostname Bug! Great support from sotm, they were very fast with this.

Now I can call the eunhasu interface again up by just using s.local

A post was split to a new topic: Music stopped when streaming TIDAL on SOTM

Yes agreed and sounds much better as well …. The Firmware 4.55 is the best yet ……

I havent had my sMS-200 connected in a while but connected it up yesterday and updated the firmware to the latest using GUI. It was pretty painless an just took a few minutes.
But, after this update i feel that something has happened. I played some Qobuz 24/96 from Roon both yesterday and this morning and i had glitches through the sMS-200…

Same song through my Aries into the same DAC, no issues. The sMS-200 gets it’s Ethernet through an old Airport Express (as a Wireless Bridge) which limits bandwidth in some ways but i dont have any issues when feeding the Allo USBridge on the same Ethernet?

What i’m getting at here is that i thought the RAAT protocol was bit perfect and would notify me if there was not enough bandwidth for the current endpoint? And certainly not just include hickups and glitches in the song.

In this update, did you do the kernel update separately?

Follow this link and do it exactly as the instructions. Then it would perform perfectly. http://docs.sotm-audio.com/doku.php?id=en:eunhasu:burn_sdcard_image

I asume you are on 4.55 now and also did the kernal upgrade?

What are the settings in Roon settings in Eunhasu? You might need to encrease buffer time.

Many of the problems I have seen lately with SOtM firmware have not affected Roon but in one of the firmwares I got stutter and needed to change buffer time (in Eunhasu) to get it working. With the latest 4.55 I have not changed buffer time (think it is 0.2s default) and I run Qobuz 96/24 without any problems.

Thx Fredrik, i tried upping my buffering settings to 0,2s instead of the previous 0,1s and that seems to have done good. Right now upsampling to 384Khz into my Moon 430HAD after patching to 4.56 and all seems just fine!

I tried updating the firmware last night via the gui. It took ages, as I hadn’t done it for a while and only allowed me to do incremental firmware updates rather than just to the latest version. It got stuck at 0.4.2 to 0.4.5 ( left it overnight and was still on 2%).
Couple of questions:
Can I do this update via the gui or do I have to use the sd card method?
Do I need to do incremental updates or can I update to the latest version in one go?
As @Robert_Joe asked, can someone explain the difference between a kernel check/update and the firmware update on the upgrade page?
Thanks!

If I were in your pants I would download the latest firmware and burn it on the SD card as you will skip all the firmwares in the middle.

The kernal update is as I understand it the update on the Linux platform that SOtM then runs their software on so it has to be done seperated. You need to update the kernal also on these latest firmwares.

" If you’re using a Linux distribution like Ubuntu or Fedora, you’re also using the Linux kernel, the core that actually makes your distribution a Linux distribution. Windows also has its own kernel that its operating systems use, but Linux is highly modular and therefore the kernel is more commonly discussed as a lot can be done with it. For example, you could take the kernel, patch it up with lots of fixes, tweak other settings, strip out everything you won’t need, and then replace your original kernel with your final product, and it will run just fine (assuming it was done right). Being able to simply replace a part with something else without issue is what makes Linux great." 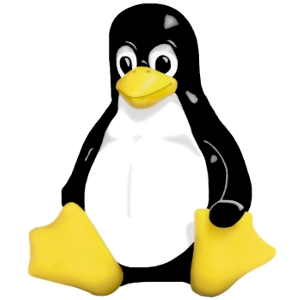 5 Reasons Why You Should Update Your Kernel Often [Linux]

I second @Fredrik_Andersson in saying that just burning the SD card is the quickest method - if you don’t need to rebuild a huge library. If you’re using the sotm and mpd, squeezebox with tens of thousands of albums you might think how long one takes vs. the other.

On my SoTM sms-200 Ultra, indexing a library with some 10-12000 songs takes some 10-12 hours. I usually use Roon but just for testing sound quality differences I did index the library from my NAS.

Regarding the kernel and firmware, as I understand it, eunhasu is the custom software (Firmware) - audio features, GUI, extensions that SoTM built upon a Linux Fedora Distro. The Kernel is the “foundation” of the (in this case) Linux system. Sorry for not being to technical, I’m aware this is not a very scientific explanation

As a general idea, when I see a Kernel Update, I just burn a new SD Card. For all other updates I go via Web UI.

On the other hand, there’s no “need” to always update. Sure, it’s delicious

… I always keep the card with the working install safe and burn new images to another card so I can always go back easily.

Thanks Stefan and @Fredrik_Andersson, that’s really useful. So it looks like going if I do an update via sd card to the latest firmware, that will also do the kernel update. Or is it actually a separate process? If so, which do I do first!!?
As you can see Stefan, you don’t need to apologise for not being too technical!

What you “burn” to the SD card is the whole image, a clone - if you will - of the entire system. It contains everything so it includes kernel and eunhasu.

It’s just that one process and after the image is “burned” you place that card into the sotm. That’s it!

Mind you, this will be a fresh system. So you will have to configure everything from scratch.

BTW, you can check on which kernelversion you are: system setup–>system config and click ‘detail system information’ 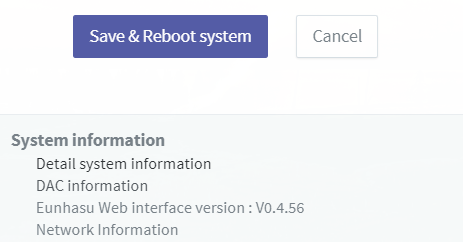 you get this (and more): 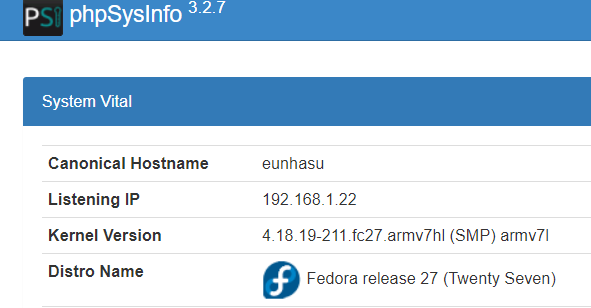