Description Of Issue
I have just added the new Remaster of Abbey Road by the Beatles. It is a two disk CD, with the original album remixed on CD1 and out takes on CD2. After I imported the disks I went to my storage and identified the disks in my collection, which also includes the 2009 remaster. They now appear in the directory in The Beatles folder as follows:

Does it appear under the ‘Versions’ tab of the album? It may well have been flagged as a duplicate and hidden as a result

By default, only the primary version of an album is shown. As suggested by Stampie above, you can see other versions of the album (and decide which is the primary) by going to the Versions tab of the album.

You can change Roon so that it shows all Versions of an album in the browser as well. To do this, head to Settings > General and set Show Hidden Tracks and Albums to Yes.

I can’t see the Versions tab.

I can’t see the versions tab. I have moved Show Hidden Tracks and Albums to Yes

I did a view file info and it appears that the new album ‘thinks’ it is the 2009 Remaster and the second CD is no longer viewable.

Any thoughts welcome. I am going to turn off Show Hidden Tracks and Albums so I can get access to the second CD again. 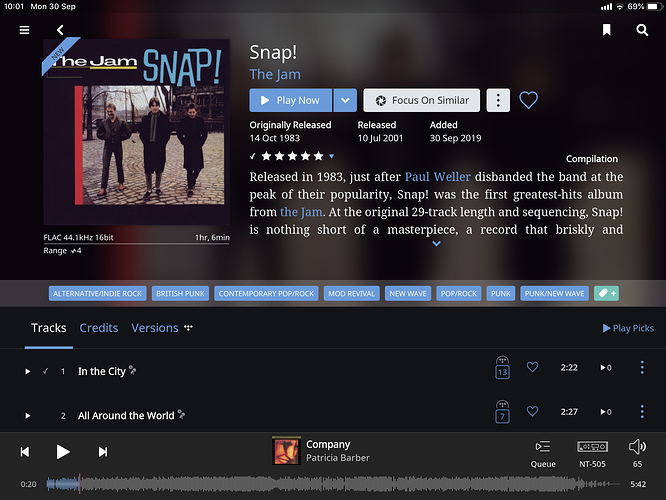 Yep I see it in your screen shot but it does not appear in mine. I’ll wait a few days for the album, released on Friday, to get up-to-date on AllMusic.

I don’t have the new remix of Abbey Road, but happened to notice that my old version has now had (2019 Mix) appended to all the track names.

On trying to re-identify to the correct version I noted that most of the 12+ versions presented also have the same (2019 mix) added to them, even though most of them predate the new version. 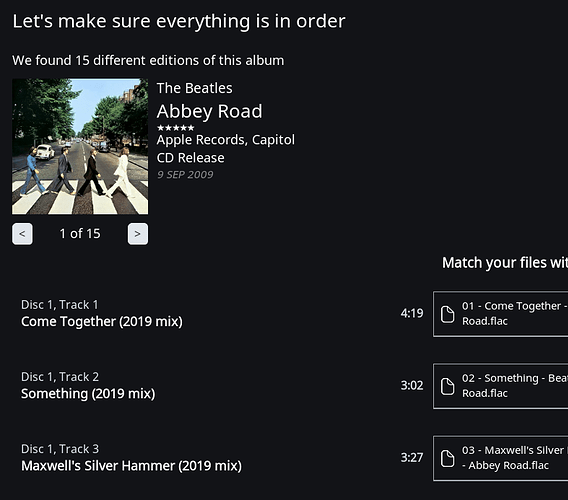 It looks like someone at the metadata providers has been a bit overzealous when adding the new entries.

This may have a part to play in @William_Allbrook 's problem

This has happened on another of my Beatles Albums, ‘1.’ I have an original CD not the 2015 remix but all the tracks now have 2015 remix against them.

Love to know how this is happening and how I can fix. 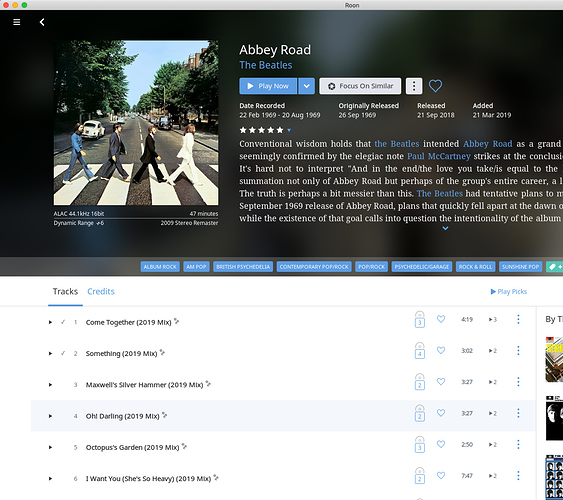 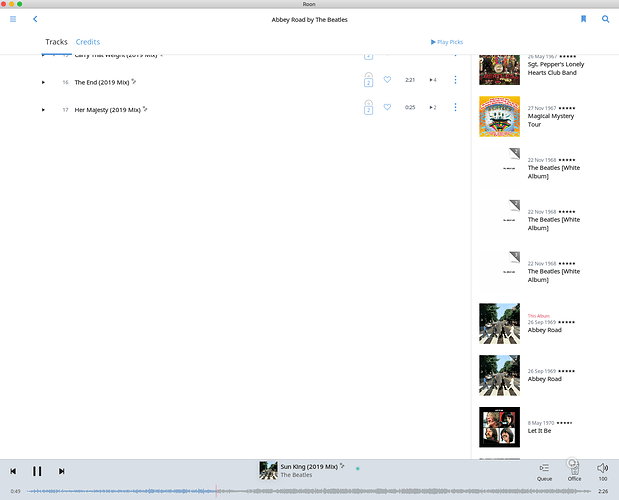 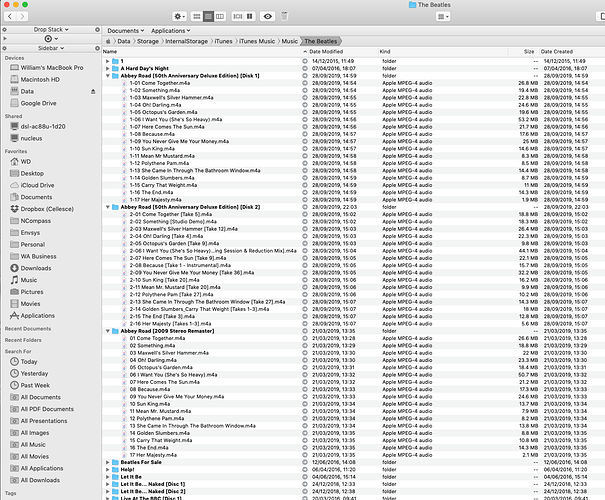 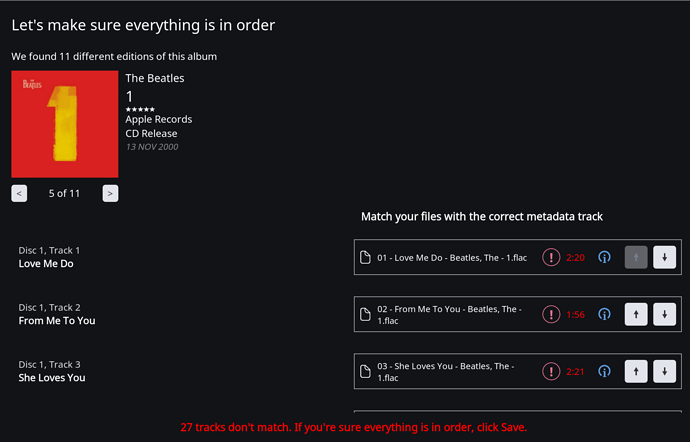 This will remove the 2015 references from the track titles

That seems to work with ‘1.’ I’ll try it with Abbey Road.