"New releases for you" is great but

Only available if you use streaming service like Tidal or Quobuz

I agree, the section is terrible, totally off base and not at all related to the genre’s I regularly listen to. Stagnant also, rarely changes. Also, is there a filter option to eliminate all music from Roon that’s pushed to me via Roon Radio or Recommended for You that’s labeled as Explicit? I don’t listen to it at all and therefore don’t need to see it pushed my way…

Don’t think this subject belongs to ‘Feature Request’s’. Seems to be a bug… @support

How? I selected an album and see no options in the selection menu.

“long click” on it to select the album (it should grey out).
On the top line of Roon you’ll see (from left to right) 1 selected, Play Now icon, and three stacked dots. Click the dots and go down to “dismiss from this list”.

I like this new feature. One thing I’d like to see is recommendations for certain genres. So, if I feel like listening to some funk, I click on the “funk” genre, and, in addition to the stuff that’s already in my library, it shows recommendations for new funk albums I might like.

After the birth of the new releases for you I was very excited, but that is waning day by day, unfortenately.

I have found some really nice singles, the first days. But the bulk is not referenced to what I listen and like. Furthermore there are not frequent updates.

This week I opened Tidal and they suggested me several tracks of new releases in my library of artists which tracks I have in (most of them have it all) playlists, tagged or loved, but are not in my New releases for you.

Maybe I am spoiled by Spotify who served me weekly more relevant tracks, maybe I should gave it more time. But please no more Christmas albums.

Edit:
Example of an Artist (Art School Girlfriend) in my library.
She released an EP on 6 december, not visible in my New Releases. 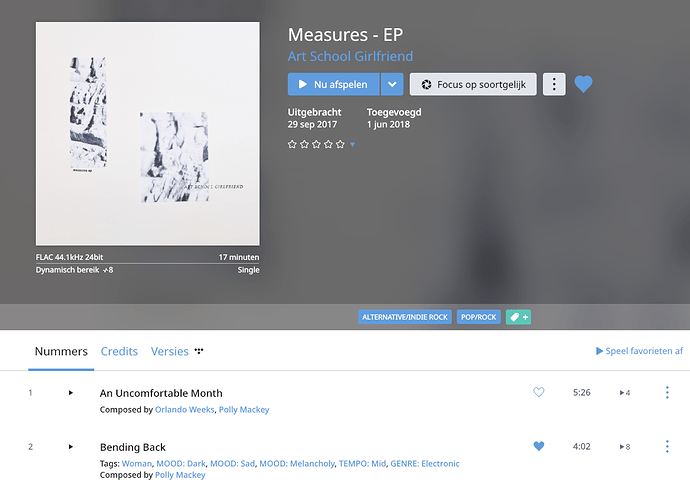 I love this idea

This really is not working for me on albums. It shows two albums that are weeks old for most relevant, then a pile of stuff I would never listen to in a million years, removing stuff like this also has had no effect. Singles however seem to be on score. So maybe it’s just a bad run of weeks for albums.

I sent this to support in an email exchange, but will share here, in case anyone is interested:

I believe I’ve figured out why this feature is not working well for me. It seems to rely on favorites and Most Played. I don’t always bother to favorite things and Most Played is very inaccurate because:

1- When I play things using the Tidal app (on the go and on my Apple TV), the play count does not get updated in Roon. I use Tidal all day at work because Roon does not support remote listening.

2- I lost my Roon play count when I moved my library from a core on my iMac to a Roon ROCK last year.

3- My Roon library play count does not reflect the 30+ years that I used CDs, iTunes, etc.

For people like me with a large number of rips, I suggest that simply having a ripped title in the library be given weight in the recommendation algorithm. Albums that I have added from Tidal should also be given weight even if Roon has a play count of zero for them. Additional, I suggest that for any artist with two or more titles in a library be treated as a favorite.

I won’t bother sending you my Most Played because it does not reflect what I’d want to see in recommendations for the above reasons.

Hmm I don’t use favourites at all dont see the point of them for my own library. My most played overall is kids story books as they got played every night for many years and it’s going to take a long time to catch that up with any music album. Not that this is reflected in the album choices it’s giving me mind.

An example of junk in my New Releases.

These are genres/albums I would never play, so why do I get this junk suggested. 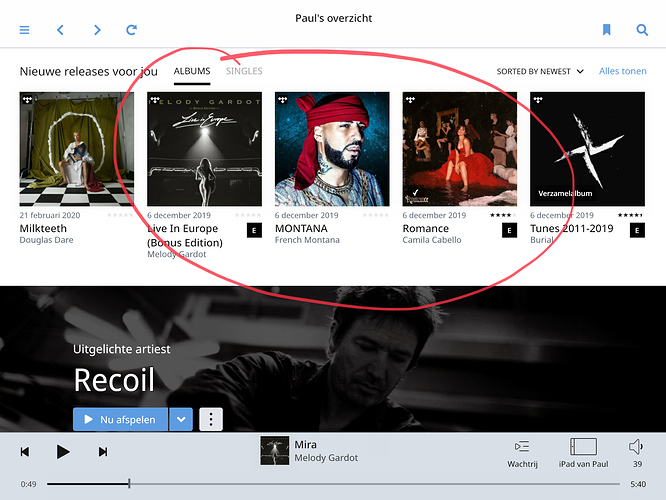 No such problem on qobuz

I think there’s a glass-half-empty / glass-half-full thing going on here in perception of this feature. Some (like me) are annoyed by bad suggestions, but it doesn’t bother others, who are instead delighted with felicitous suggestions.

Perhaps a switch to turn it off would be a good improvement? I doubt Roon will ever be able to satisfy the glass-half-empty crowd – Netflix has tried for years with vast technology investments, without much success.

Tidal gives me better suggestions too

I wish it was a half glass.

Another example of two new singles which are recommended by Tidal.
Emily Barker and Public Memory. Played, liked and tagged in my library, but not in my New Releases in Roon (is Emily Barker in your New Releases @Chrislayeruk?) 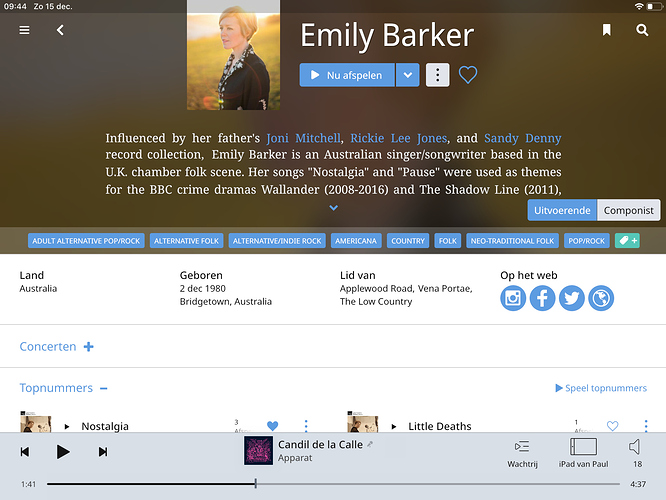 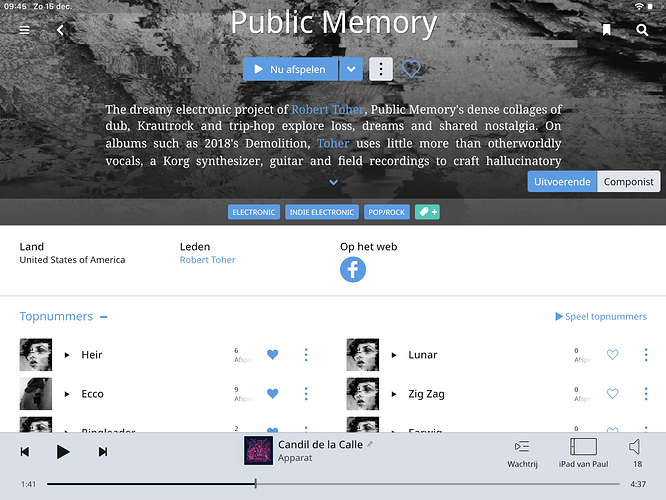 I can’t remember as I have added her work to my library already.
What was there was Reb Fountain’s new single Faster. That’s amazing.

I whined too fast about Public Memory, Emily Barker, these and some other relevant singles are in my New releases for you.

So, there is a delay of several days. 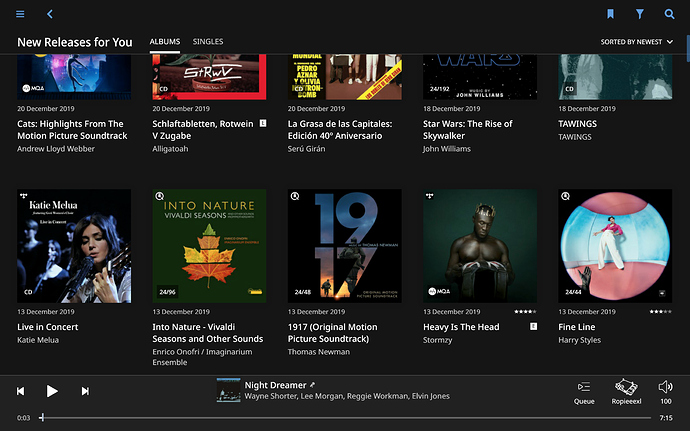 Well, New Releases for you seems to be getting progressivley worse for me.

Terrible selection in the latest batch…

I must have rejected the Stormzy album about 4 times and still it haunts me…and don’t get me started on the Harry Styles suggestion.

Terrible selection in the latest batch…

Well, you do have it set to display sorted by Newest rather than Relevance.
Set that way, I get much less frequent updates among the first six-ten albums, and then the recommendations are much more questionable.