First of all, wanted to say how awesome the U1 is. Paired with my Chord Blu/Dave – they are a fabulous combination. And also how impressed I am with how many updates you provide in a short amount of time that brings great new functionality to the U1.

I just updated my U1 to your latest firmware release – 11.4 – that you shipped a few days ago. I noticed the RAAT version included is now updated to 1.1.33. I think you’re one of the earliest device manufacturers to update to this version. I would love to know what changed in 1.1.33 from your perspective?

Thanks for the kind words. We have many Lumin U1 / U1 MINI customers that pair it with Chord as they found a synergy with them, this combo is praised by a Japanese web site.

Since the RAAT source code is not public, I think I’m not allowed to talk about details, but one thing is disclosed in Roon 1.6 release notes - mitigation for XMOS DAC, this is mostly applicable to people running Roon on Linux or RoonBridge. Lumin works differently so we do not use the same code (both before and after the change) for that part, and as far as I know we are not affected by the XMOS bug.

I hope you don’t mind the direct contact, however I am a Chord Blu Mk2/DAVE frontend and connecting to Roon core on a QNAP NAS direct to the Blu via USB.

I was thinking of the Lumin U1 mini, and wondered have you compared Roon directo to the Blu Mk2 (I presume) against via the U1 and what were the differences?

Hey David. No worries on the direct contact. I have not done that comparison unfortunately so can’t give you any comparative guidance. I can tell you the lumin units are beautifully constructed and sound fabulous with Blu/Dave. They are continuously updating the units with expanded functionality also… good luck on your decision.

While looking for evidence that digital sources matter for a setup like yours, I came across this interesting review: 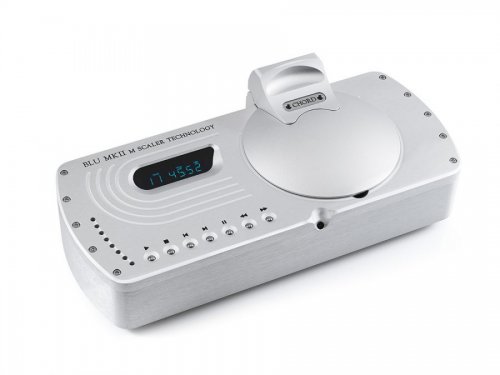 Even though the reviewer opted for a cable-based solution to his digital signal noise problem, I think the availability of different types of output from U1 (MINI): USB / AES / BNC / RCA / Toslink will also help users achieve the ideal setup.

I have the chord Blu MKII and the Chord DAVE. I enjoy this combo and am looking at streaming devices.

Do you still recommend the lumen U1 as the best option for doing streaming through this signal chain?

What is your method of connecting the streamer to the BLU MKII, usb? If so, what usb cable have you found to work best in your setup?

Anyone who has insite is free to chime in.

I have both the lumin u1 and a couple of the sonore signature rendu SE’s used in different configuration. I use and audioquest carbon usb cable. IMHO, there was only a very slight difference between the lumin and the sonore – both were great – but the lumin had a bit more sound stage and depth. What did make bigger difference on both of these aspects is adding ferrites to the usb cable (I tried a few combinations of usb cable without ferrites with no audible difference (IHMO)). You can read about the use of ferrites (which is recommended by Rob Watts) here:

What USB cable have you guys felt a definite improvement on the Dave with? or does adding ferrites to the standard USB cable help achieve similar...

There is quite a long discussion on this in this and other threads in head-fi.

Thank you for that informative note.

I am very familiar with the need for ferrites in the blu2/dave setup. I have clearer audio silver reference bnc cables and they’re properly ferrited. Additionally they’ve made me a usb cable, also with ferrites.
I’ll likely try others such as curious cable from australia. I’m sure there dozens of good options, I just wanted to confirm usb is the best mode of sending the signal from the streamer to blu2.

How does the blu mk2 and dave setup handle dsd signals from the streamer? My understanding was that it is primarily pcm, optimized for redbook, or standard cd format?

If your recommendation is this over roon nucleus + and the sonore rendu then I just may bite. This does seem to be future proof (forseeable anyway) with software updates readily available.

If there are any stereo shop owners, feel free to pm me to discuss. I am putting together a package for the holidays.

I never tried anything other than USB as an input to Blu as it handles higher sample rates than BNC or S/PDIF so can’t give you any feedback there.

Dave has both a PCM and DSD mode which optimized handling for either but while it is great on DSD it’s outstanding on PCM, especially Redbook. If you only listen to DSD there are other options to consider (i’m not a heavy DSD user so don’t have first hand knowledge here, this comment comes from reading other reviews).

I don’t feel you could go wrong with either the Sonore Sig Rendu SE or the Lumin U1. There is one solid advantage to the Sig Rendu SE (Optique) as it now has a built in optical network connector and if you can go optical direct to your switch if it has optical that is optimal and eliminates any chance of network cable noise. I bought the lumin u1 before Sonore came out with the Optique version so had to handle with fiber cable from the switch and a fiber to ethernet converter and ethernet to the U1. I expect this will only be a temporary situation as Lumin’s new X1 has a fiber connector and I’m betting it goes in all new versions of the rest of the line as time goes by. Having said this, I still felt the U1 was a bit superior with Blu/Dave in my setup. Given this is always subjective, I hope you’ll get a chance to listen to both and make your own decision.

I have a question back to you on your cables. Are you saying clearer audio made you custom bnc and usb cables with ferrites integrated for your blu/dave setup?

How does the blu mk2 and dave setup handle dsd signals from the streamer? My understanding was that it is primarily pcm, optimized for redbook, or standard cd format?

You have an option in Dave to choose PCM+ mode with decimation for DSD music or DSD+ mode with no decimation. If you’re using Blu MkII with DSD music then you should leave the Dave as PCM+.

Clearer audio does make custom reference bnc cables with ferrites. They make a fine usb cable, but there are other more exotic offerings out there. These too do have the ferrites build into the cable.

I’m happy to introduce you to my old friend Darren if you have interest in their offerings.

Going back to the U1… Are you using roon nucleus with this or a NAS server? I’m still not quite sure what the streamer is doing to improve the signal that is coming from my roon nucleus + and why I can’t simply have the nucleus plugged in to the USB of the MKII.

I spoke with the folks at upscale audio and they mentioned trying the AES cable directly into DAVE, and comparing this to the result of USB signal into MKII/DAVE. I think he was trying to say any up-conversion to the signal is done in the streamer already, but I am not certain.

I’d actually love to get some bnc and usb cables with ferrites built in. Love an intro to Darren.

I use a Roon nucleus+ with all music loaded directly on it’s ssd. I use a NAS for backups. My whole music flow and backup process is here if you want to take a look. I outlined it in another post.

Thinking of adding music storage to my Nucleus Nucleus

FWIW… I’ve been at this for quite a while and I’m picky about the metadata, paranoid about losing work and I hate manual file copying. I also never want to be without music in my house. This is my setup and process… I have the master copy of all my music on local storage attached to a MacPro. Any metadata editing is done on the MacPro using Yate. With Yate, I make sure there is album art, an artist photo, lyrics, the metadata is complete, and for classical I make sure it’s organized properl…

My Nucleus+ is in racks and a ways away from my dave/blu so I pretty much had to go with a networked streamer to connect to it. I would assume you can plug your Nucleus+ directly into the Blu via USB. While it’s not the supposed “best practice” according to roon’s kb nothing beats trying something and see if you like it.

In my case, I do have over a dozens zones of music in my house – I’ve got hugo tt2/mscaler fed by a sonore rendu se optique in my office I use with headphones, a lumin u1 mini connected to dutch & dutch 8cs in my pool house, another sonore rendu se optique feeding my McIntosh MX160 AV processor via USB in my theater for 2 channel music, and a bunch of NAD CI720s and a NAD CI580s running a bunch of in-ceiling and outside patio zones. I do run a super long optical hdmi cable from my Nucleus+ to my McIntosh MX160 to play 5.1 channel music in my theater. This was the only way I could figure out how to do it that.

Given all this, I also wanted to keep my nucleus+ just sending music out via the network via raat (except for the 5.1 music situation) and minimizing any other load doing anything else. And that’s another reason I love the chord mcaler & blu upscalers as they also offload the Nucleus+ from doing any of that.

No, this does not happen for most brands of streamers by default. For a Roon Ready streamer, you can check the Roon signal path to see whether the signal is bit perfect or altered.

You may plug in the Blu MkII to Nucleus via USB directly if you want to. The dealer is suggesting you try it and compare the streamer output and see which sounds better to you. As for why, see Rule 1 here:
https://kb.roonlabs.com/Sound_Quality

I would assume you can plug your Nucleus+ directly into the Blu via USB. While it’s not the supposed “best practice” according to roon’s kb nothing beats trying something and see if you like it.

I have my Nucleus connected via USB to a Chord M Scaler/TT2 combo and it works absolutely fine.
As @wklie says, there may be some sonic benefits to having a Lumin U1/Mini as the Roon endpoint, feeding the Blu II/M Scaler, but I would think you’d have to demo it.