I have Blomstedt’s recordings of the Nielson symphonies. All albums are identified, but the album with 4&5 on it shows as Herbert Blomstedt & the San Francisco Symphony rather than as 2 separate artists. This using Ron’s data, not mine. Because of this, the4&5 album shows as an appearance rather than a main album. Seems like this should be fixed in the metadata so it is consistent. 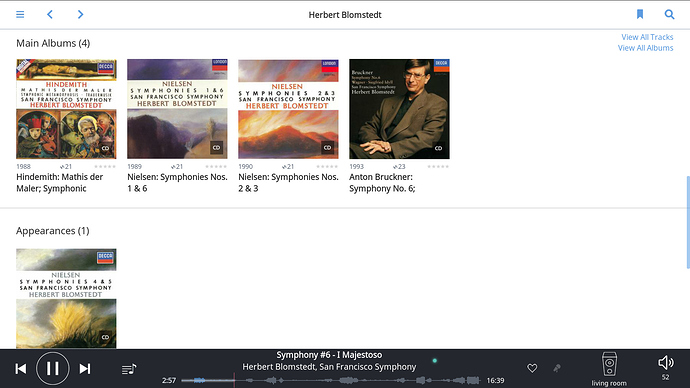