Sublime is a good word. Just getting through “Surf”, the first song I recognized. This album is now officially added to my library. I’m blown away. Will go back to the rest of the list and see if I can find something else that is this revelatory.

If you liked Mac Miller, you will probably enjoy Brittney Howard and the Daptone Records compilation.

I have some of her stuff with Alabama Shakes. She can really belt it out. That said, I prefer her in a mix.

Destroyer
Have We Met 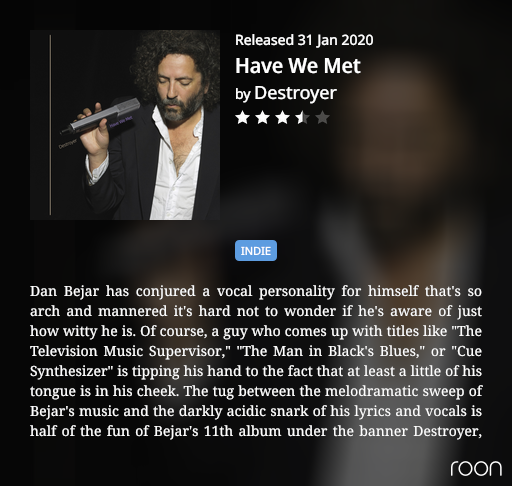 I’ve got most things Destroyer - essentially indie ‘chamber pop’. Not sure how this stacks up against the much lauded: Kaputt. Well, I don’t think any other Dan Bejar’s releases really stack up! 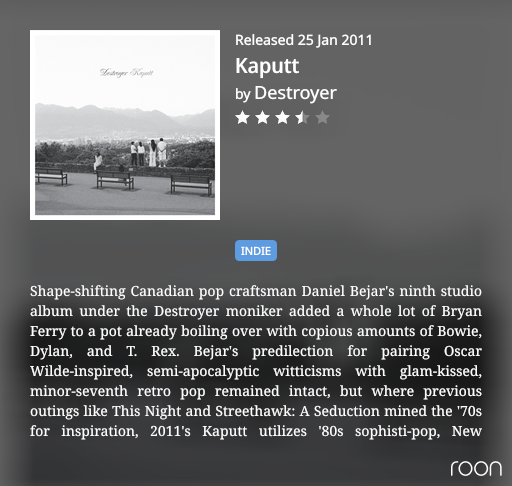 @Sir_Sandwich. Also tried blood orange. It was good but ultimately it didn’t stand out enough. Reminded me a bit of Jarvis Church.

Listening to Kaput now. Soundscape is quite something.

there is so much good, or better new music out there you can not list it on a thread like this. For all we know the guy who was complaining about it may be like one of my mates, he is totally stuck in Pink Floyd/Led Zep type rut. Not only does he claim nothing new is worth listening to, he does that while not exploring any other genre at all.

There is a lot of it about, the same old same old… but as long as they are happy. I get to a point where some music is so over played that it just kills and enjoyment.

there is so much good, or better new music out there you can not list it on a thread like this. For all we know the guy who was complaining about it may be like one of my mates, he is totally stuck in Pink Floyd/Led Zep type rut. Not only does he claim nothing new is worth listening to, he does that while not exploring any other genre at all.

I get where you’re coming from Colin. I was about when the original thread started that morphed into this & I made comment over there.

So, I posted a newer release here this morning (my time) & will continue to do so, when I’m listening to newer music. Other music will go into the other appropriate threads: soundtracks, jazz, metal, funk/r&b etc.

However, as per your comments, I felt I could highlight some newer music for a person who thought similarly, but would really need to know them & get a feel for what music interested them, rather than what they claimed they didn’t like. Further, as opposed to just suggesting an album here or there, from my point of view it would require making a ‘mix’ for them.

I’ve found over the years that concept of ‘knowing’ somebody rather crucial. I could suggest anything to anybody, but without that ‘knowing’ each other, that meeting point where a person listens to the music is all too often lost. I’m not saying it can’t happen, but I feel it’s a rather important part of the matrix to get a person to like music they’ve otherwsie felt they would not.

Deerhunter
Why hasn’t everything already disappeared? (2019)

Recorded in rural Texas, this atmospheric album switches from psych-pop to alt-rock to experimental lo-fi, held together by Bradford Cox’s drawl. The Guardian.

Deerhunter: Why Hasn't Everything Already Disappeared? review – beautiful and...

Recorded in rural Texas, this atmospheric album switches from psych-pop to alt-rock to experimental lo-fi, held together by Bradford Cox’s drawl

Their 8th album - not too shabby, definitely some high’s and some also-rans perhaps.
Essentially a fairly consistent dream pop/indie pop album. 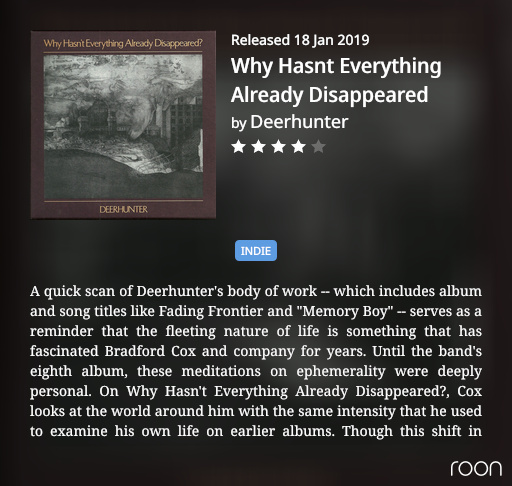 @HWZ [quote=“HWZ, post:71, topic:99528”]
music is “new” in the sense that it explores “untrodden paths” (or at least rarely trodden ones), that’s always a “good” thing. Modern definitely isn’t the same as recently released , let alone in vogue …
[/quote]

I listened to Emily’s D+ evolution today. It was a little cacophonous for first thing in the morning so I had to come back to it once I was a little more into my day. All in all I thought it was very good. Quite advanced and musically explorative. I’m not sure if I’d add it to my collection, but by the end of the album I really did appreciate it. I’ll have another listen in a few days. I think your comments quoted above are entirely on target.

Thanks for the prompt!

These New Puritans
Field Of Reeds (2013)

There are some albums, that not only stand the test of time, but grow in stature. I suggest this is one such album. Far from the easiest listen, but that’s often the case with albums that last the journey. Rather than being instantly accessible, they tend to require repeated listens, where the intricacy & nuances became more apparent.

Further, their sound is not genre specific and seems to sprawl across a multitude of styles. We can think of Talk Talk here - in particular, Laughing Stock & Spirit of Eden. I specifically reference Talk Talk as these two bands albums are regularly compared, despite not sounding alike. In fact, it’s rarer to find a critic’s review where such comparisons don’t occur!

Reviews at the time of release were solid (typically 8/10). However, this album featured in many top lists of the decade, typically in the top 10. Thus, demonstrating how the album has grown in repute over time. 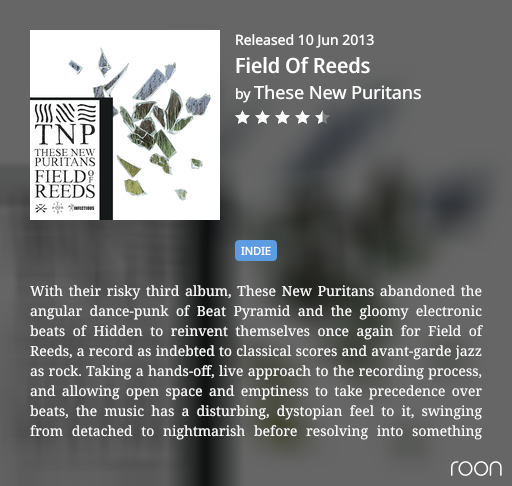 In times like these, the world needs a Nicolas Jaar. His ability to morph sounds into something that is both calming and thought provoking is remarkable. It bridges esoteric melodies and experimental productions in a way that isn’t obnoxious or devoted to the chin-scratchers, but can be understood by most. Ryan Middleton (magnetic mag)

On ‘Cenizas’, the producer pulls from all sides of his portfolio to present an album that moves from near-ambient musings to free jazz experiments to drum-heavy pop compositions.

There’s something wonderfully mysterious about Nicolás Jaar. Even though he’s prolific, an artist in the truest sense of the word, the just-released Cenizas is only the third album he’s put out under his own name. Will Schube (billboard) 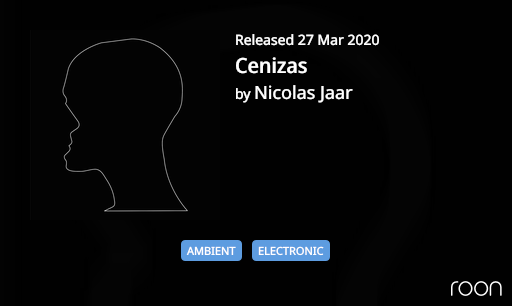 Personally, I think this album sounds great, albeit somewhat bleak, despite some ethereal moments. I don’t find it especially challenging, although some may have noticed by now, my taste in music tends to run off the beaten track, for want of another description. That’s not to say I don’t like more commercial music.

I think this release is an album that may define this thread, with the added understanding of how this thread morphed from an earlier thread.

These New Puritans
Field Of Reeds (2013)

Listening to this now (second time).

Hoping it will become a keeper and played, perhaps not regularly, but times you really feel like sitting & listening to something the strays off the path. 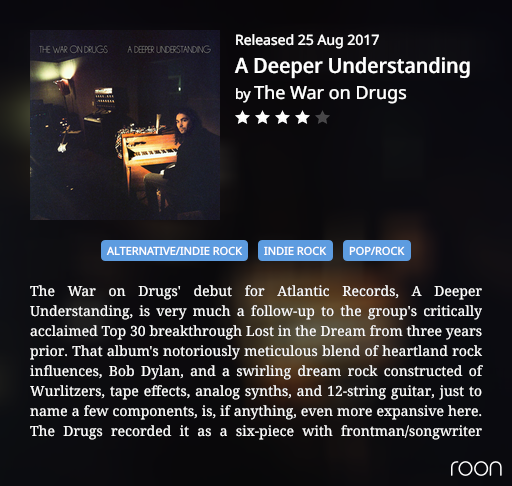 I heard this when it was released a few weeks ago… then ended up buying everything she had on Bandcamp. This album is really great. 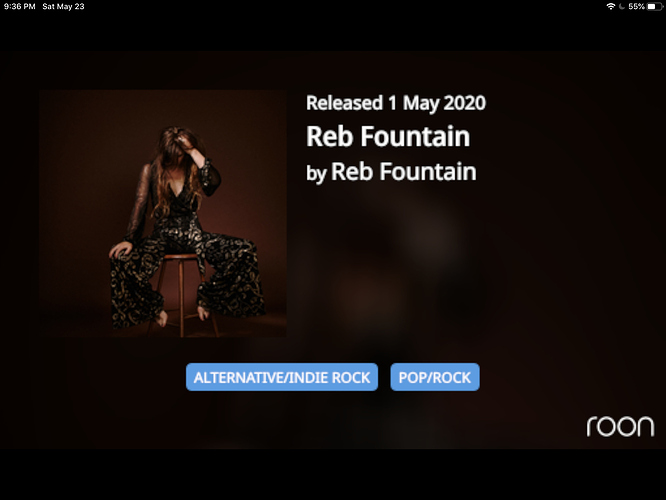 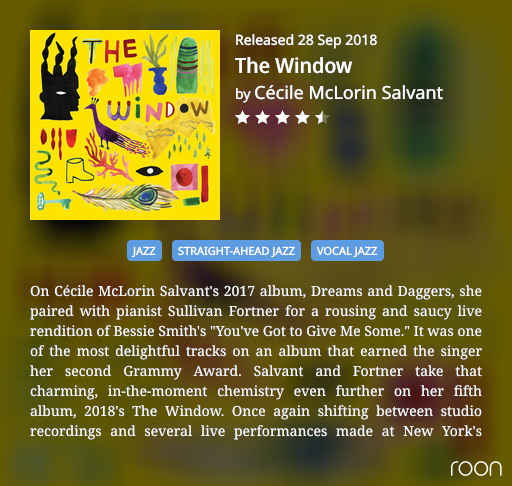 We hosted Reb Live because I heard one track on a TV show (The Brokenwood Mysteries) and was blown away. Hopeful and hopeless.
We asked her to play and she agreed. Next thing I knew, I was picking her up with her daughter Lola at Colchester railway station in my little Hyundai i10.
She had us at the sound check and her support slot put her to the top of out A list.
She was so generous letting us release the recording we made of a new song Lighthouse on youtube, she had just written for her son who she was in the UK to meet up with.

The absolute quality of this album was little surprise to me 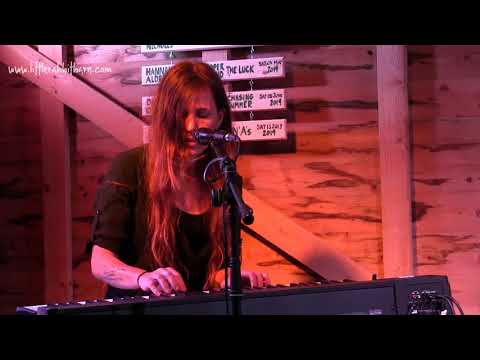