No Images on Mac and iPadOS

One thing didn’t change and still bugs me every now and then. After some time of use after a restart of my Mac and two iPads, all images disappear from Roon and do not come back by restarting Roon itself.

I have to restart the Mac and the iPads to get the images back. It works for a while then and then the images start to disappear all over again.

I read some posts here where the network is cited to be the culprit, but that doesn’t seem to be the case here: I have a Windows machine on the same network, it NEVER happens with that machine! It also never happens on my iPhone, and also not on Ropieee, which are on the same network as well. So the conclusion should be the Roon apps on the Macs and iPads I think.

My config: ROCK on NUC, Ethernet + WLAN, clients on Mac, Windows, iPads, iPhone and Ropieee on a headphone-amp. 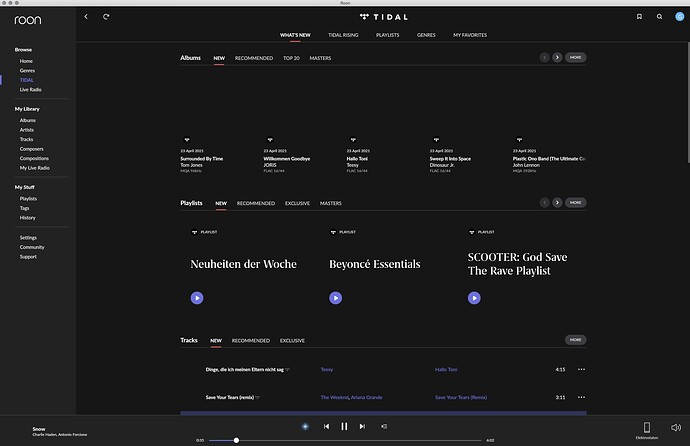 I don’t have a solution but it happens on my iPad also. Sometimes force quitting Roon will make the art appear again but it doesn’t seem consistent.