No longer possible to switch off the red led?

Unless I’ve completely lost it, I think the old architecture version of RoPieee (XL) used to have a setting for switching ALL leds on the Pi OFF, including the RED one. Just installed the new architecture version, and can only see settings for controlling the GREEN led, nothing about RED one…

Any chance this would be coming sometime later…? Would really like to avoid all extra lights no matter how tiny around the audio setup for night time.

Lo and behold, it really does!

I had it on “blink for updates” option, that does NOT switch the RED light off eventhough it does it for the GREEN. But the plain OFF option switches BOTH off.

Great that it works, but the UI copytext could be a bit more clear there

It’s a quite old improvement, you can find it here 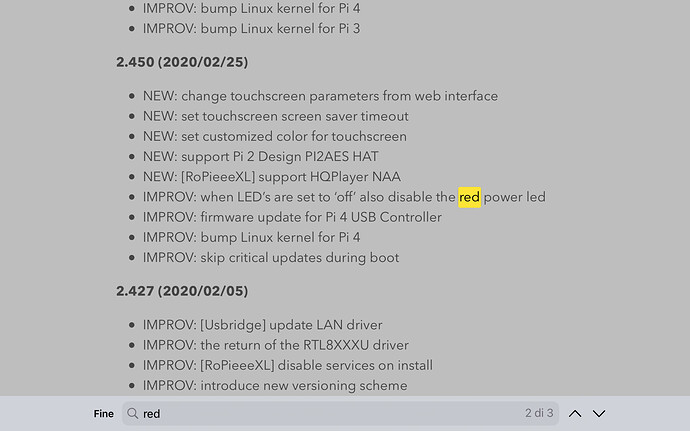