No new Qobuz releases this week for me

Comcast modem, ethernet wired except for some remotes

No new Qobuz releases this week are populating my Roon CORE - logged out/in of Qobuz, restarted ROCK, etc but nothing. Otherwise working normally to all end points.

I should say IU’m in Seattle.

I have access to all new releases dated May 31st.
(Living in Belgium)
Dirk

What’s even stranger is the New Releases Playlist has some of the 31st releases (I can tell what was released by using the app) but not the ‘grande selection.’

As mentioned in our Knowledge Base:

When you’re browsing Qobuz in Roon, you’re seeing Roon’s Qobuz database, not a direct pass through of what’s shown on Qobuz – that’s why there’s so much more metadata, like recording dates, lyrics, links to composers, credits, etc.

This is also why Roon can sometimes be slightly behind Qobuz when a brand new release comes out – our database is generated multiple times per week, but sometimes a new album will just barely miss the cutoff, and will show up in a day or two.

Just so we can verify, what specific albums are missing for you? How are you trying to find them in Roon (did you add them as favorites in Qobuz)?

I’m missing ALL albums released after May 24th. Thing is, some of those show up in the 'New…" playlists but nothing on the main page. Nothing new either if you go by individual genres (I know there can be more titles under each genre vs the grand selection).

Ok, I just favorited a new title on the Qobuz web player, and it shows up in Roon under my Qobuz favorites and on my overview page, but the Qobuz ‘grand selection’ new releases just doesn’t want to budge.

Thanks for the clarification, @Charles_Peterson.

Can you share a screenshot of what you’re currently seeing in Roon for the Qobuz Grand Selection section? 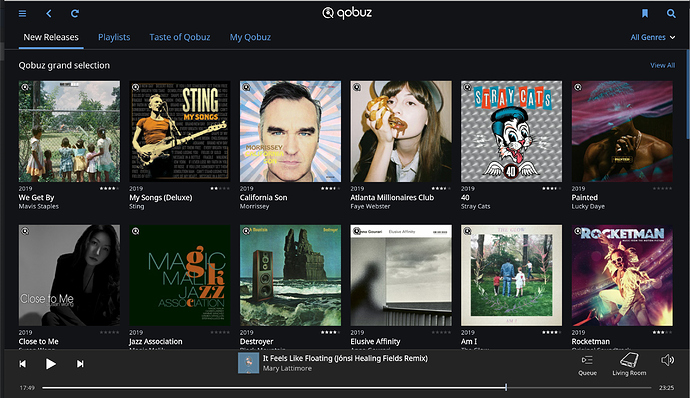 Related to this issue?

Dylan, there’s clearly problems in the backend infrastructure at the moment - now I’m getting the “Error loading page” message, and the Genre selector menu has disappeared… 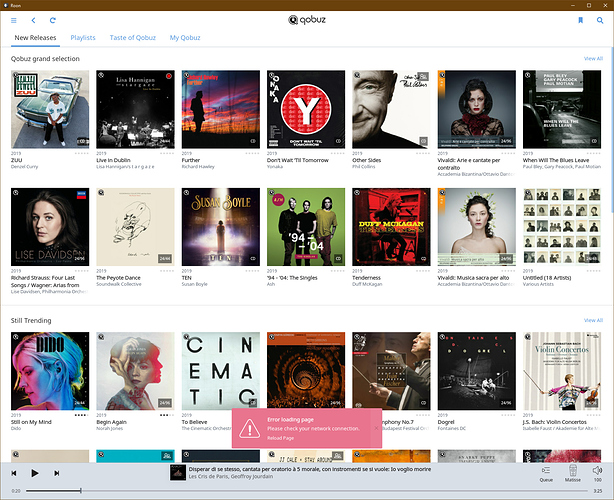 And all my Favourites have disappeared from the My Qobuz section (though they are still showing up in the Album Browser): 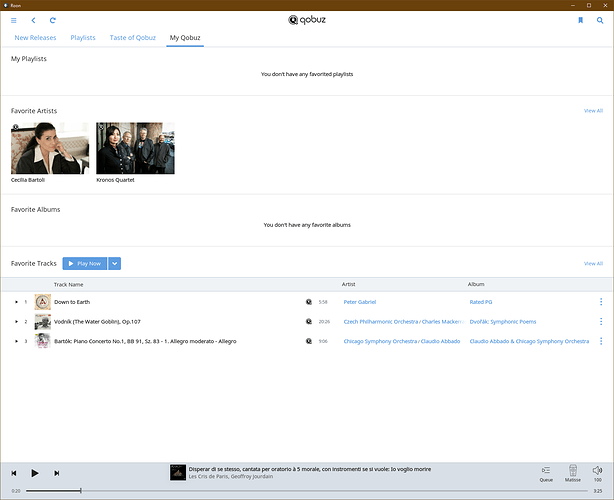 I’m now seeing my Favourite albums once again, but viewing all new releases in the Classical genre is still only displaying the 30 most recent releases.

My new releases have shown up. Thanks to the Roon team for being on it early on a Saturday morning.

No sign of my Favourites yet, and I have tried signing out and in again.