When a hi-res track (24bit or DSD) is paused or stopped, a loud noise occurs immediately after five seconds. It coincides with the Roon signal path icon turning off. This noise is similar that of an electric spark heard through the loudspeakers. A recording of that noise has been created as a m4a file which could not be uploaded due to file type restrictions. This recording, which clearly demonstrates the issue, can be provided separately if needed.

PS Audio have tested the Bridge and the DAC, and they did not find anything wrong with the equipment.

Furthermore, this issue does not occur when playing JRiver Media Centre 25 running on the same MacBook Pro. Nor does it occur when using mconnect/mcontrolHD app on an iOS device to control the Bridge II. 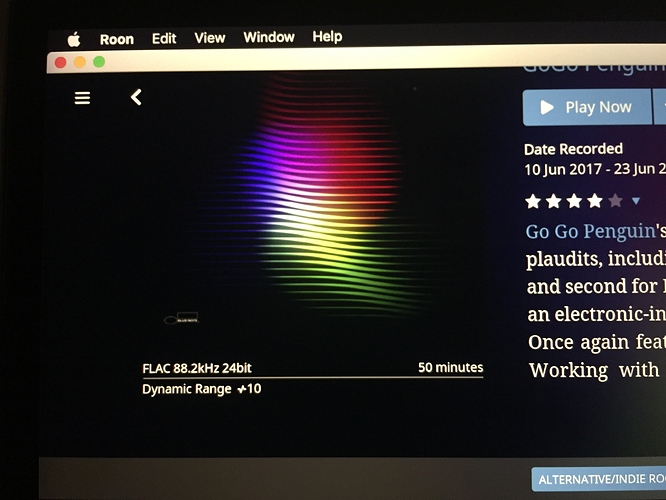 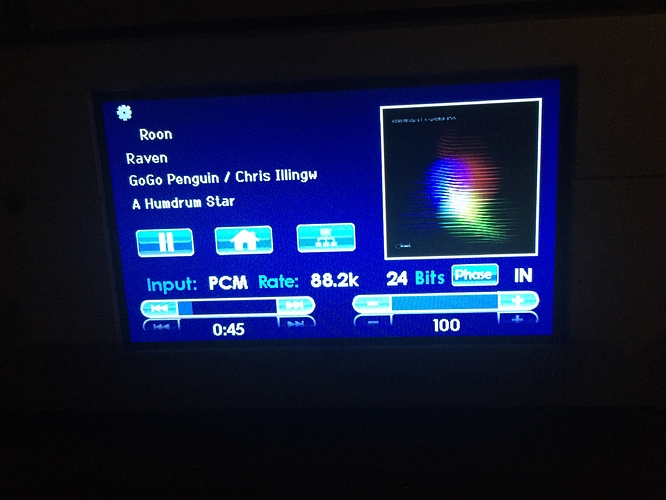 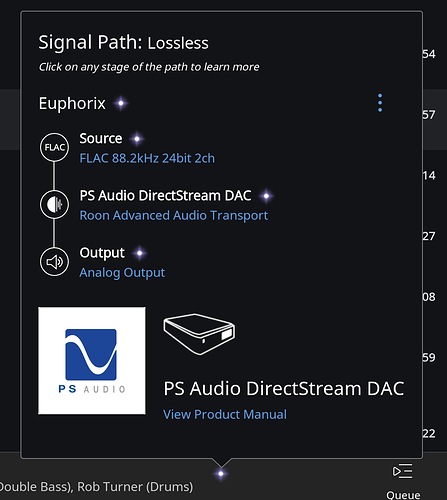 Welcome the forum. If you search Bridge ii problems over at the PS Audio forum, the popping is a known problem with 3.6.17, and is being addressed. How soon the fix comes is anyone’s guess.

Does your issue occur when using a source other than the Bridge ii.

Thank you for your prompt response. The issue I reported does not occur over USB; just over Bridge II. I had read about this issue on the PS Audio forum. I followed it up with them and their local distributor. They very kindly took back my DAC to investigate but, could not replicate it.

They asked me to check my network and try a controller other than Roon, which I did. The problem does not occur with other software as mentioned in my original post. It seems the issue is specific to the Bridge II and Roon combination. Hence, my post to Roon Support to see if it was Roon related.

Certainly could be the combination. Hopefully PS Audio will roll out the update soon. I rolled back my DSJr Bridge ii firmware to 3.5.1

That pretty much resolved my issues with pops, and loud noises.

The issue you are describing appears to be a known issue with the latest PS Audio Bridge II firmware. PS Audio are aware of the issue and have suggested that user’s downgrade their firmware if they are experiencing this issue. You can read more here

Aloha, For some reason, when using the Bridge II and Roon, I get a loud static burst when I begin to play a track. When I pause the track, at first there’s no loud static burst, but once the Roon signal path indicator goes out, the same loud static...

Hello; I am very interested in acquiring a new PS Audio DSD w/Bridge II. I LOVE Roon and can’t live without it. I also have an extensive library of DSD64 files I play via Roon Core;
Is it a coin toss if this bridge II issue (as described here) will manifest in my system or is more of a sure thing?
Thanks

Hi @David_Pacella, thanks for your question.

It appears to me that only a few using PS Audio DSD DAC and Roon over Bridge II have encountered the issue I describe in this thread. I continue to use the USB interface of the DAC with Roon instead of Bridge II, and that combination is working perfectly for me. You might wish to do the same to get the most out of your system till a fix is released for this issue.

Best of luck with your decision, if not already made. Cheers!

Bridge II 3.6.86, released by PS Audio on August 31, 2019, appears to have fixed this bug after almost a year of false starts. Upgrading via the MControll app on an iPad to my DSJr took less than five minutes. I no longer encounter the noise and can listen to hi-res between my Nucleus+ and DSJr via the Bridge rather than over USB.

There are mixed reports at the PS Audio Community forums as to whether issues with analog-like pops and clicks on DSD rips also have been fixed.

I can tell you that 3.6.86 resolved all my DSD64 streaming to Bridge II pops. Seems “perfect” now; Whew;