I am not the most technologically versed, so I was hoping to get some advice from you fine folks about roon endpoint options.

I have a Roon core (innuos zenith se) attached to powered speakers as one setup.

For my other setup, and frankly the one I use most often, I have a Microsoft Surface Studio computer (Roon endpoint) attached via USB to a chord m scaler -> Chord Dave -> ATC SCM ASL 100s (powered studio monitors).

I would like to add a server but the problem is that I don’t only use the Surface Studio just for Roon - I use it for Netflix, movies and such. I don’t want the hassle of removing the USB from the computer and attaching it to a server each time I wanted to listen to music. So, out of laziness and ignorance, I know use this admittedly noisy source to feed a pretty damn awesome setup. I know it can get better but I don’t know how. I tried a Google chromecast using optical to the m scaler but it was a bit of a pain and not reliable - which for $35 I pretty much expected. If there was something for about a grand or two that would vastly upgrade my situation I’d consider it but optimally would use optical or some other way. 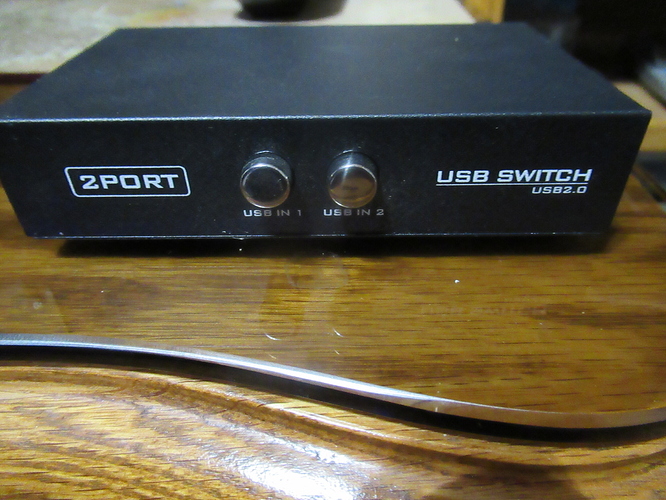 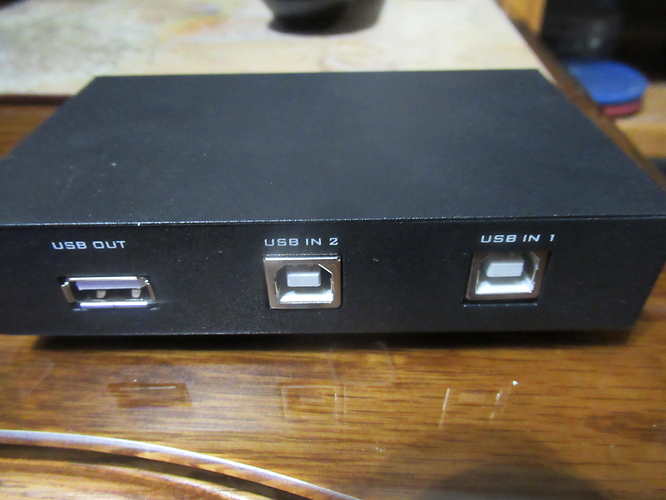 2-port USB Switch?? I used one to switch between USB endpoints connected to my iMac desktop.
This is a newer version of the one I have. 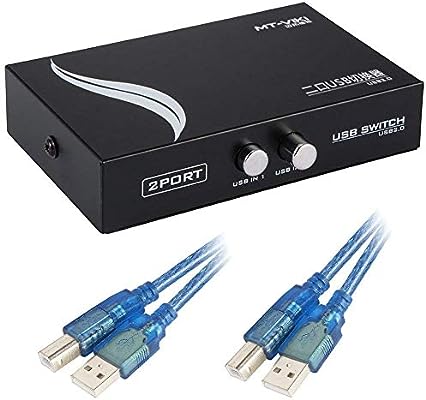 EDIT: Use of the switch assumes everything is in the same room.

@Robert_Gries I’ve moved your post to Hardware where it might be seen more.
Could you use the Chromecast to the powered speakers and the zen to your main rig?
Otherwise there are lots of roon network streamers that would fit your needs. From a Pi at 100 to Lumin and other streamers at the other end of your price range.

I think I might get the USB switcher (Thanks for the tip) and move the Innuous to my main rig. Then
again, the Innuous/Kii three combo is special because the server really elevated the powered speakers. If listening to them on Apple airplay rates a 8/10, using the Innuos brings it up to a 9.5/10. The ATCs are damn close to a 10/10 and hope a good server will put it over the top. I don’t think I can use the chromecast for my Kii control because it uses either Aux (Not supported) or optical (Currently occupied by a TV).

I am kind of turn between getting a nice streamer now or getting a reclocker for the Innuos streamer down the line.

I don’t use the USB switch anymore. But it worked fine to switch between USB devices from the iMac. It’s a cheap solution. I have a couple of different endpoints, but use the iMac as my Core and store the music files on the internal drive. I also have a NAS, but only as a backup. I never use it.

I use the optical output of a PRIMARE NP5. It is fed wirelessly and works as a(n uncertified) Roon endpoint. It sounds very good to me. Full certification is coming but already it works really well.

Hi @Robert_Gries
Your system is too good to use it with a usb switcher and/or direct to the computer.
Buy a $800 / $1500 streamer from Innuos, Projekt, Primare etc… (you will use a network connection)
Even the Allo Usb signature at $300 will do the job.
Antônio

You are right. My setup before was like having a Yugo tow a Lamborghini. So I put the Innuous Zenith SE (core) paired to the Chord m scaler/Dave/ATC and it is amazing. I think when I tested this setup before Qobuz wasn’t yet in the States so I couldn’t test high quality sources so now it’s so obvious the Zenith found a new home. I will run the chromecast on my other setup until I have saved up for another server or find time to trade in some of my little used gear.

How do you set the NP5 up as an Uncertified RAAT / Endpoint in BETA?
Or has it had the update now?

There has been no update for Roon yet. Looking at mine it has no Roon toggle in the setup menu. So once powered up it should be there together with Chromecast and Airplay.

So when you said about running it as an uncertified RAAT, how did you manage it?

Are you pleased with the overall performance/sound?

Do you think it will ever be ‘Roon Ready’?

It was just there I think. I have gone through the menu and there is no mention of Roon but mine shows RAAT uncertified together with Airplay and Chromecast when switch on and configured. SQ is good, and I use mine on a headphone rig. Proper Roon certification is anyone’s guess. I’d like to think it is close but I suspect they have a way to go yet.

Hi @Henry_McLeodin update to this, it appears that they work as a RAAT, just ‘uncertified’. I believe it’s not running on Chromecast or AirPlay 2 rails, but actually as a Roon Ready device, just not fully licenced/confirmed. Guessing it’s still in testing.

No. You have to choose your output resolution and this is fixed. To be ideal I would imagine it needs to be bit perfect with an output that matches input resolution. Doing that and getting it right might be the sticking point. That said I’ve been using it for the last couple of hours in my headphone rig and it sounds great.

Ah ok, so what I was reading about it sampling to the 48 family? So guessing it will show differently on the DAC once it decodes/analyses it from what’s in Roon control on the signal path.

Yes exactly. Not a problem with the display less device I use with it but if you put anything through it from red book to DSD, it shows up as 96 or 192 depending on how you set it.

How did you set yours @Henry_McLeod?

Apologies for all the questions!

Just weighing this Prisma stuff up for a little project & I emailed Primare a couple of days ago but go nothing back yet.

Was it crackling at 192 by any chance?

Only if you upsample to 192 in Roon. Let it alone and it is fine.