Non-primary album versions (and their tracks) showing where shouldn't

@support I keep mulitple versions of albums but always with only one main version and the others grouped and hidden behind the main one. The issue is that all versions are being shown as “More From…” (see picture, all albums duplicates are grouped so should only see one instance of DSotM etc). Also when viewing Compositions (not Albums) on an Artist page tracks from these hidden albums are being listed (and they shouldn’t be). This is an issue i saw in older versions of Roon too but the new layout makes it much more egregious. 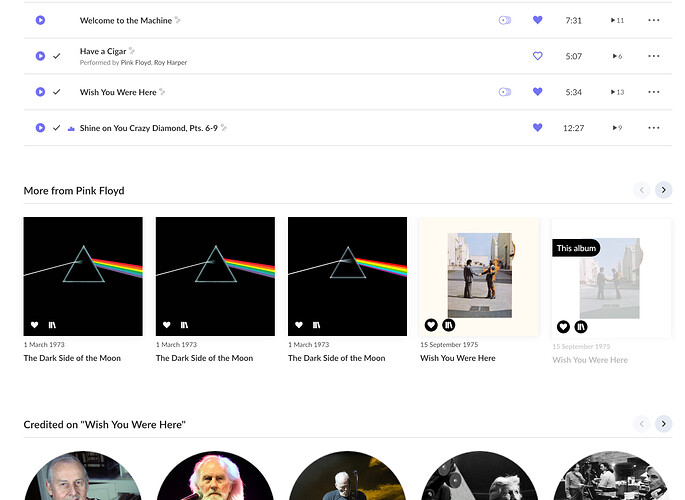 If you go to Settings > General do you have Show Hidden Tracks And Albums set to Yes?

Definitely set to “no”.

Thanks, @Hugo_Sharp — This is with the QA team for further investigation.

I just wanted to let you know we have a ticket in with our team for this.