Greetings, I just received my micro Rendu this week and so far so good except with DSD files. I was under the impression that with the micro Rendu settings set to native DSD that I would get that form of playback through Roon. However Roon seems to be converting everything to PCM despite the setting on the micro Rendu to native DSD. Any thoughts on what might be the problem? See the attached screenshots. My set-up at this point is pretty simple. I have all of my music files stored on a thunderbolt Drive attached to a Mac Mini with 16 GB of RAM on the network via ethernet. The micro Rendu is attached from the router via ethernet and a single USB cable running from the micro Rendu to an iFi micro DSD DAC. 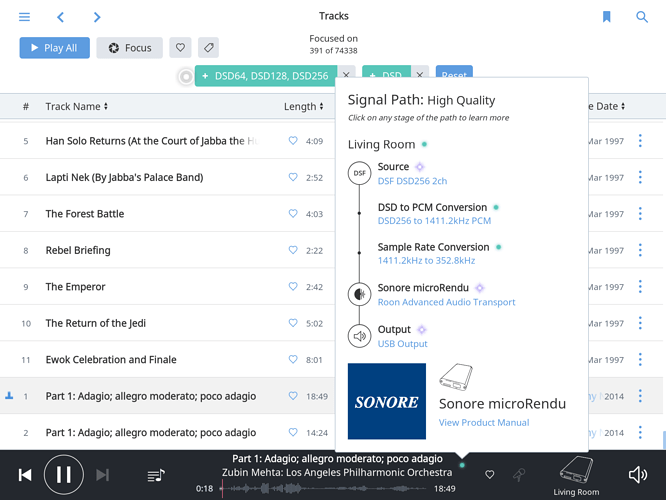 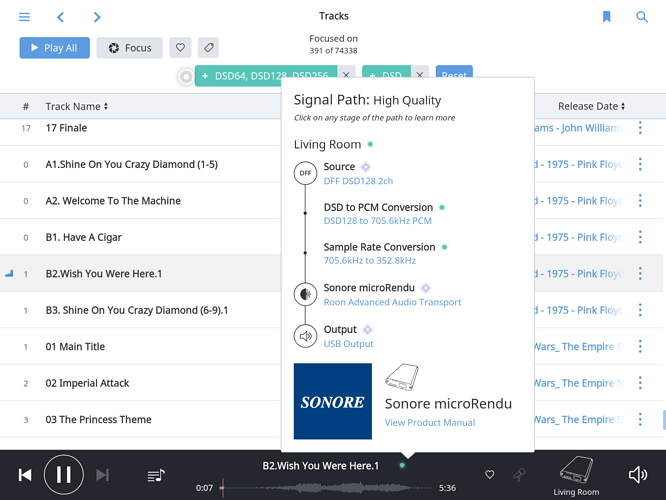 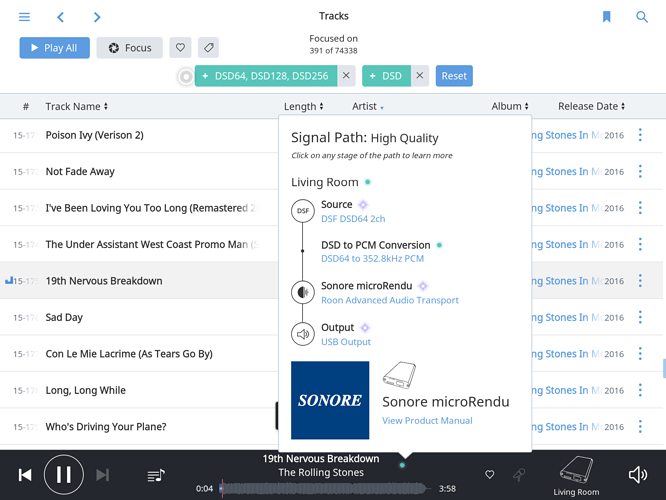 Hi, can you also post a screenshot of Roon’s audio setting for the microRendu. 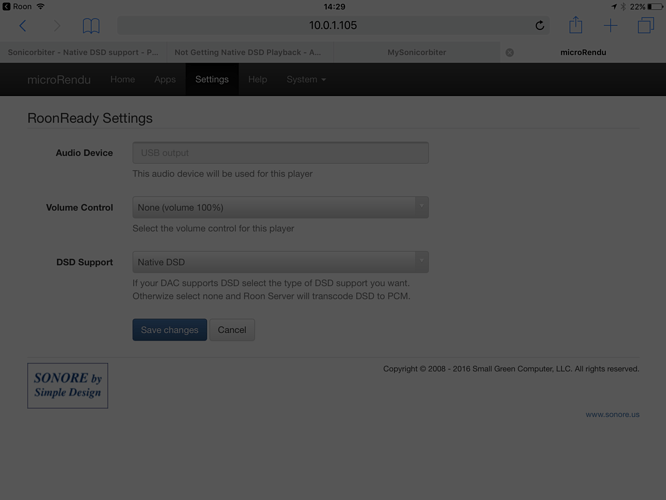 This is the micro rendu settings. What are the settings in Roon itself? Look under setting audio and click on the cog wheels to the right of the Sonore microrendu zone. There are two tabs general and playback. Probably worth posting both.

Ok these are the Roon settings screenshots. 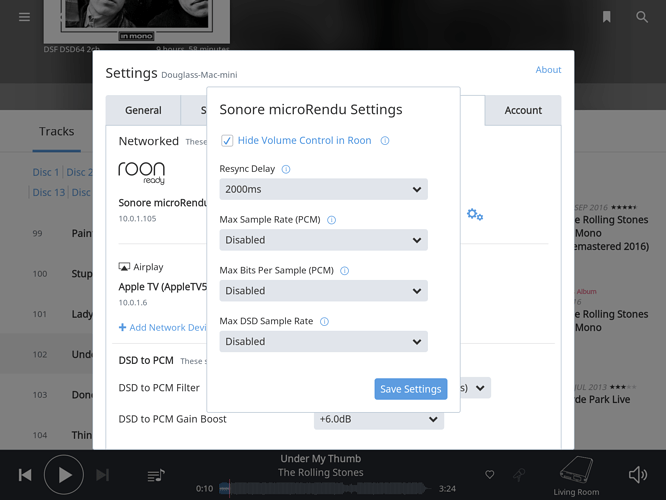 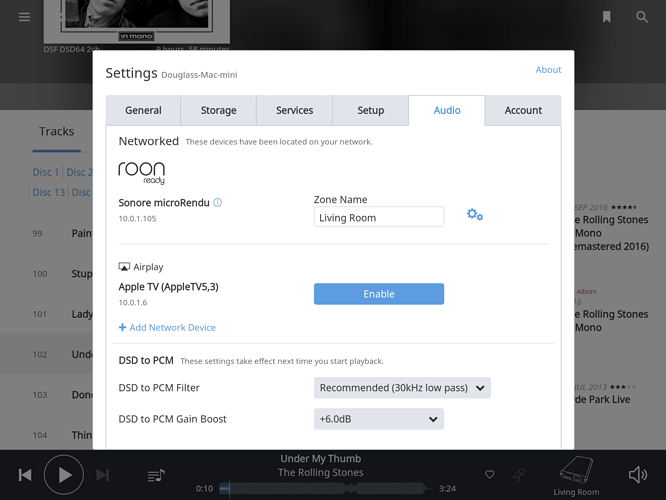 Thanks for the tip, unfortunately it didn’t work no matter what DSD settings I put the micro rendu at. Something is goofy as I am getting a funny screen showing a conversion from 16 bit to 24 bit for all Tidal sources that I stream. While for my actual Hi-Rez downloads, they all show the actual lossless screen with no conversion. (See screenshots) Thoughts? I have tried rebooting, restarting, reconnecting everything including my Mac, two different USB cables, etc. and still getting goofy screenshots. Sound seems OK, but not sure what to expect going from the Wyred Recovery (which i replaced an Uptone Regen for and was easily convinced it sounded way better) to the Micro Rendu which sounded the same as the Recovery or slightly better in my limited listeing the last few days since I put it into the set-up and removed the Recovery. Hoping it will sound even better once I get the Uptone LPS-1 in a week or so. Now I’m charging up my iFi DSD Nano DAC and I’m going to try that out to see if it could be the DAC but it seems like this is all happening before the signal ever gets to the DAC. Any help appreciated!
Doug 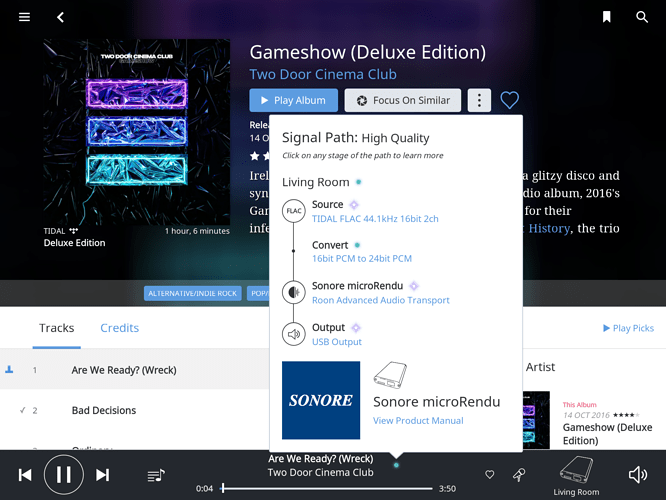 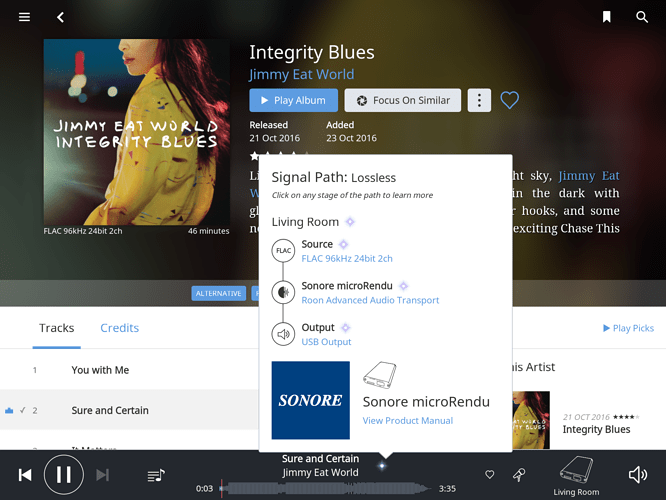 Well the plot continues to thicken. I switched out to the iFi nano DSD DAC and that did not make any difference. I continued to get all of the interesting screenshots I have attached previously showing non-lossless signal chain, PCM conversion for Tidal and nonDOP DSD. I then went back to my original configuration taking out the micro Rendu and just going back to USB straight from the Mac to the iFi Micro DSD DAC. That still did not fix things. I then reinserted the Regen between the Mac and the DAC and then I received the screenshots attached below showing lossless signal chain on Tidal as well as DOP on DSD. I had hoped maybe I had triggered some sort of “fix” so I then reinserted the micro Rendu removing the Regen and things went back to the abnormal screenshots that I started with showing non-lossless signal chain for Tidal and no DOP or native DSD just PCM conversion. I even tried the micro rendu plus the Regen in series, but received the same non-lossless signal chain issues. I have no idea why this is happening but it makes me think that the Micro Rendu/Roon Ready and iFi DSD DAC do not get along. Thinking maybe I need to send back the micro Rendu and just go back to my original set-up with the mac to Recovery (which I couldnt reinsert today as have it on my system at work though I prefer it to the Regen in prior AB testing)…I was hoping the micro rendu would improve things per all the online reviews of the perks of getting the computer out of the direct signal chain, but maybe not!! 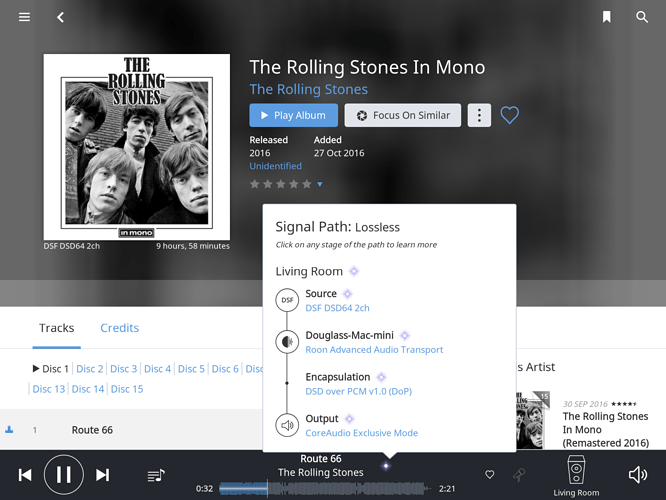 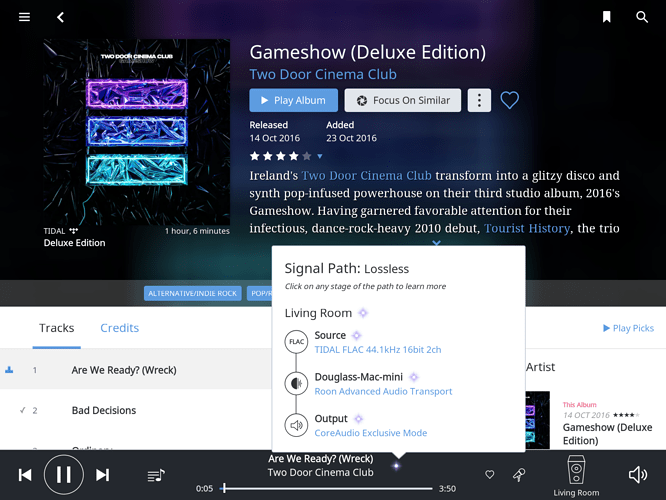 @Douglasmaurer ---- Thank you for the report and my apologies for the troubles here. In regard to this issue you are experiencing, may I kindly ask you to please confirm the following:

Hi @Douglasmaurer ---- I wanted to reach back out to you because I dropped @Jesus_Rodriguez a line to get some feedback on this issue and he has confirmed that the iFi Micro DSD DAC definitely supports PCM and native DSD (tested with the device in house).

Moving forward, he has advised that you should check your audio settings as seen here and to confirm that the DACs firmware is up to date from the iFi Audio website.

6 posts were split to a new topic: Not Getting Native DSD Playback - microRendu to Mutec MC3+USB

2 posts were merged into an existing topic: Not Getting Native DSD Playback - microRendu to Mutec MC3+USB

There is nothing to fix here. The microRendu has full DSD (native and DoP) support on the iFi gear.

Correct. All is well here. It was a setting in room regarding crossfade. Once I turn that off it worked fine doing native DC SD. Tonight kicking back and enjoying streaming in QA files from Tidal. They really do sound good…and clearly better than the regular Tidal files and that is without an MQA DAC!

I am having this same issue with a Microrendu but my DAC is my Lyngdorf TDAI 2170 integrated amp. I have the same settings as in the screenshots above. Any thoughts?

Hi @Edward_Liew ---- Thank you for the report and my apologies for the troubles here. Have you tried adjusting the cross fade settings as Douglas mentioned in his post?

Furthermore, I know you mentioned that you are using the same settings as mentioned above but for good measure I am going to kindly

ask you to please provide me with the following:

Can you please direct me to the crossfade settings? Don’t see these in any menus, but here are the screenshots. 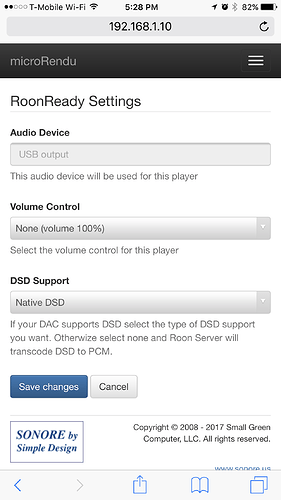 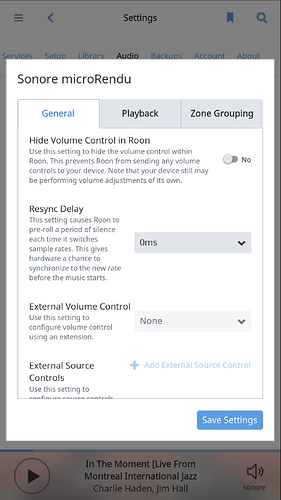 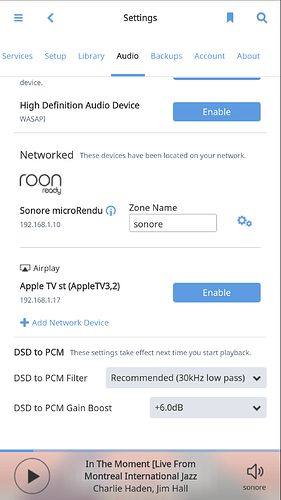 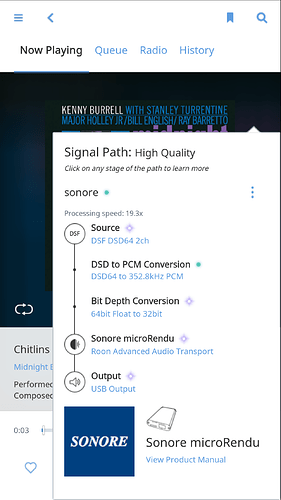 Check the above link out.