I found album “Rockferry” from Duffy, it came out as recommended for me. I liked it and clicked + to add into Library. It was added and + changed to heart which allows me to put it into favorites. OK.

But, when I click on Home, and then (on bottom left icon) to go to “Now playing” screen (that album was still playing), it shows like it’s not in the library (sign “+” is visible again, not the heart). And I can click and add it to library (again)… Here is screenshot that explains it the best. 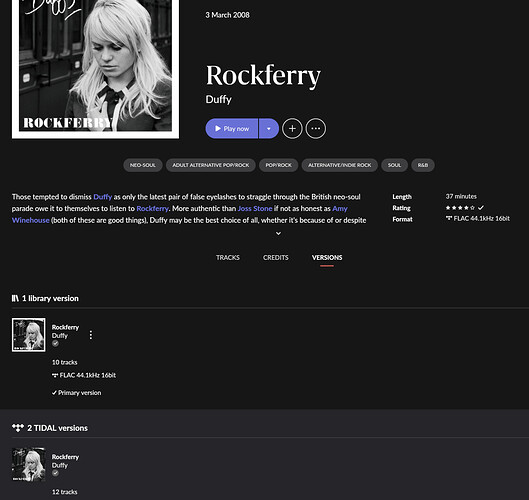 You see that it’s in the library, but you can still click + to add it into library.

But, when I go to the library, album is there, I open it, shows properly with the heart, play the music, cool, click on Now playing, no heart again, it’s just +.

It shows like this in both Windows app and in on iPad Pro.

I restarted the Core and apps but it’s the same.

Second issue: when “Album art” is shown, cover dissapears from lower left corner, I believe this is by design, but it’s bad, I’ll explaing why. This album (“Đorđe Balašević - Bezdan”) has only covers and you’ll see this: 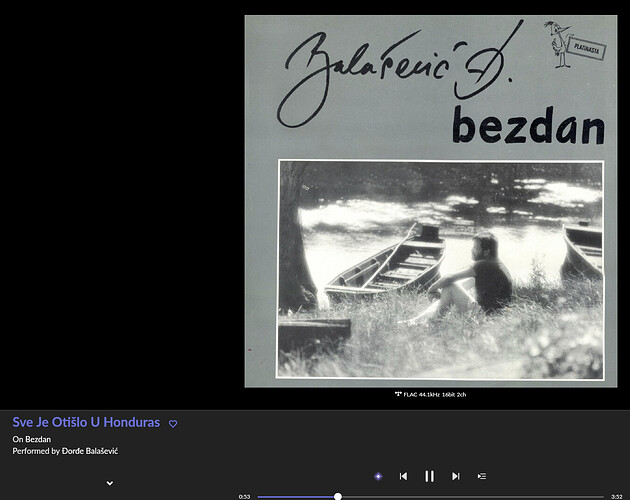 There is no album cover in lower left part, but that part is also corrupted - when I move mouse left from the arrow I can click, but nothing is shown to be clicked at (I can’t show you mouse hand on the screenshot, though).

Why is this important? Because I can’t find the quick and easy way to get to track list from the “Now playing” screen, except from:

And when album has only album art, it will display by default (big) and you will not see small album cover, which means that only one clickable item for track list is album title, which can be really small and it’s cumbersome. 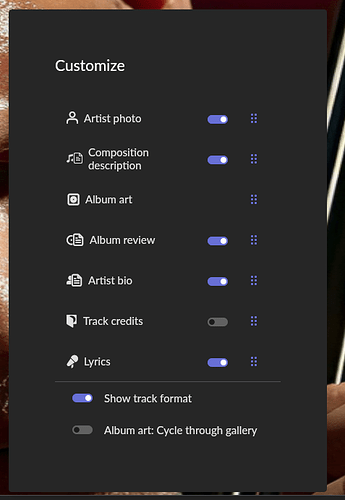 P.S. now I’ve checked again and Rockferry - Duffy is displayed properly. That means that it takes a really long time for it to be propaginated everywhere. It was obviously in the library straight away, but on now playing screen some cache or something prevents it to be displayed like that for some time. Can you fix it?

You see that it’s in the library, but you can still click + to add it into library.

No reply on this topic from @support. And this is still an issue. After adding album to the library, that added album (when you find it in library) and album in “now playing” are acting like two different albums.

The add to library thing you describe is how roon works.
It may change in future but currently that’s how it is and how it’s been since the start.
You can find and add to feature requests that ask for it to change but it isn’t a support issue.

All with same album, over and over?

You’re telling me that this is by design?

Yes but it’s not quite like you have it.
The album in the library may have been changed by you so as soon as you add it to the library it is marked as being different.
So you can go back to the original and add it again to overwrite changes etc. And it gets marked as different again ad infinitum.

Basically roon sees everything as either in the library or not and acts very differently to both.
It throws everyone, including me. It’s not how they would have designed it from scratch but it was inherited from the sooloos platform.

I’m not sure I understand the album cover bit.

Thanks for following up and sharing your experience with Roon 1.8. Sorry it’s been so long before we got a chance to reply - we’re working hard to keep up with all the requests. We’d love to help.

It looks like @ged_hickman1 had a chance to explain that the first problem you’ve mentioned is actually expected behavior. Please see this article in our help center that might clarify things:

Benefits of adding albums to your Roon library Adding albums from TIDAL or Qobuz to Roon allow you to take full control of the powerful tools available in Roon. Once an album is added in Roon you can: Add the album or tracks from the album to tags...

As for the second problem (album cover lacking in the bottom left corner) does this happen for all tracks? A few? Or just the one you’ve shared?

Also, if you want to go to the track list (be it the playlist or the album) you can do so by clicking on this button: 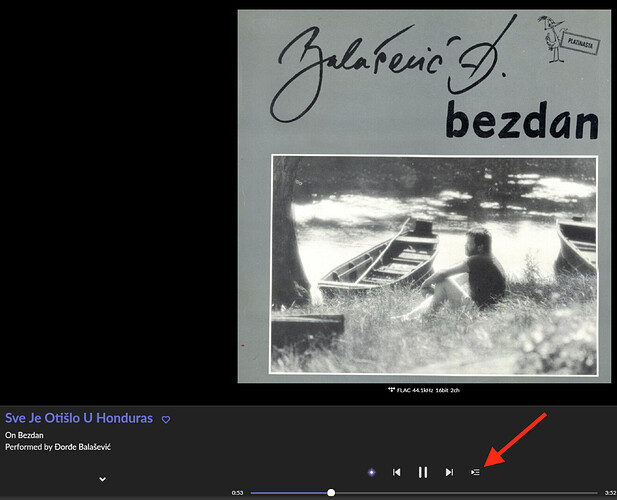