I’ve noticed that the Track Credits in the Now Playing Screen will not update once an album got queued and playback started; not sure for the second condition though.

I just played an album with messy composer credits (which is not the problem I’m describing here, that may have come from imported file tags and wrong delimiter settings). So I changed the composers / removed the offending credit. But it sticks with the Track Credits in Now Playing.

I think it would be nice if this would live update too. 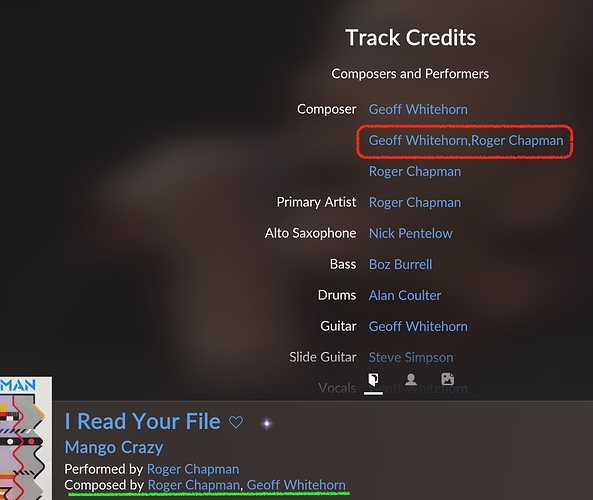 I’ve passed your report along to the technical team so they can investigate further. Thanks for the report!