Here I go. Something a little different. Also different from his great album “The blues and the abstract truth”. Got this on vinyl. 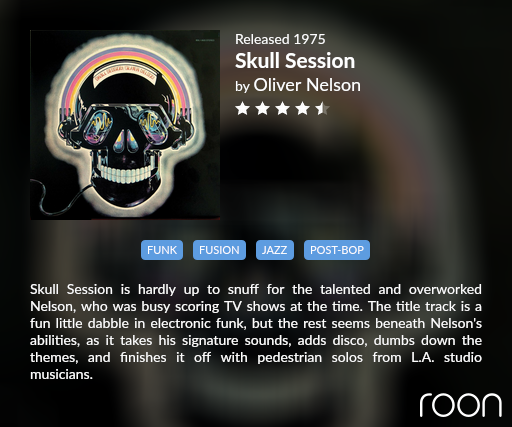 Very cool cover, I was looking at this yesterday but didn’t give it a digital spin yet.

Listening to this beautiful album right now, my ears are pleased 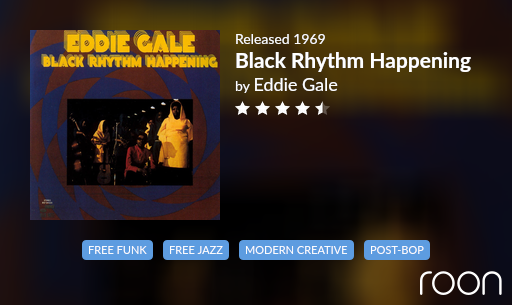 Although guitarist Jack Wilkins falls within the artist deserving wider recognition category, his career arc as a backup musician for several popular music acts often kept him away from the jazz world for years at a time. I would place the release below, recorded in 1977 which was early in Wilkins’ career, in the “hidden gems” category. Killer version of the Tommy Flanagan tune “Freight Train” featuring a fairly young Michael Brecker wailing away. Available on Tidal 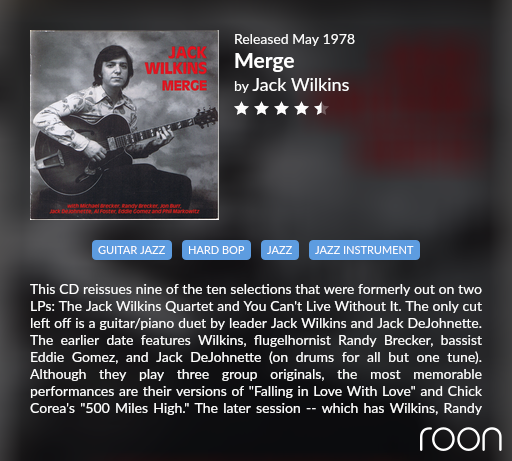 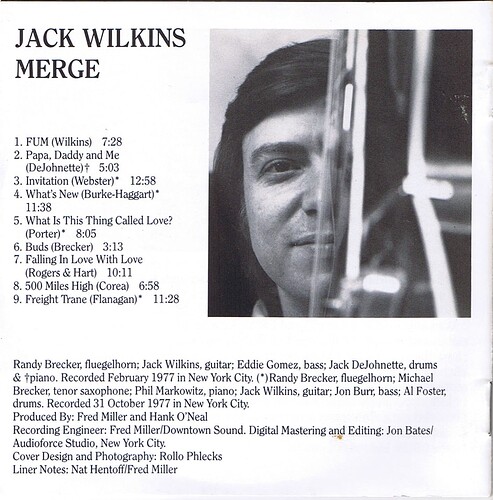 Perfect for a cold night, here in Madrid. Switch the light off, turn up the volume as high as you can and close your eyes. Enjoy the music. 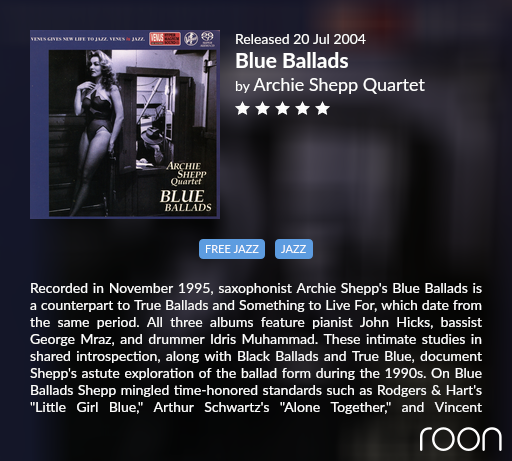 Well it took me a while to get it all worked out but I did it!
Now Playing Some Jazz Qobuz Playlist

Here’s what I did: I made a public, collaborative playlist on Qobuz which features one track from each of the albums mentioned thus far on this thread. A few notes:

So far 114 tracks featuring just over 16 hours of great jazz.

Special thanks to @killdozer for giving me the idea to make a Qobuz playlist for this wonderful thread. Enjoy and happy listening!

Yes, really cool idea! I have to drive 90 mins a day for work, this should really help

Safe travels, @Walter_Mason !
@Jazzfan_NJ , thanks for all of your hard work!

Excelent idea! thanks a lot for that very good job.

Let´s start the morning with energy! Sorry. See the info on Roon but nothing on qobuz. 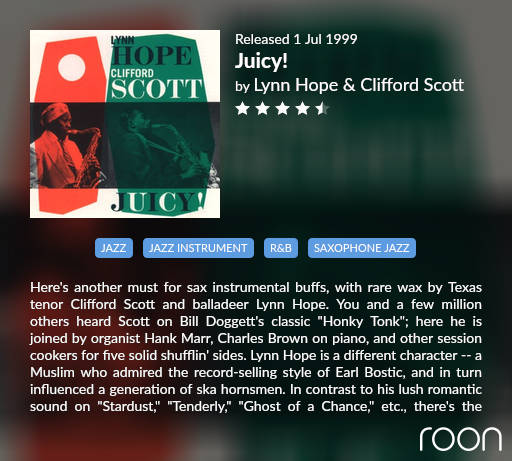 How the great David Murray has not been mentioned in this thread is beyond me so let me correct that oversight. This release, recorded in 1983 when Murray’s star was on the rise, is fairly typical for Murray’s recordings from this period of his career. Of course within a few years jazz would become all things Wynton Marsalis and Murray’s star would be somewhat dimmed but I’ve never lost my love of Murray’s playing. By the way the review is little too harsh since the album is much better and more enjoyable than the reviewer says it is. Available on Tidal and Qobuz. 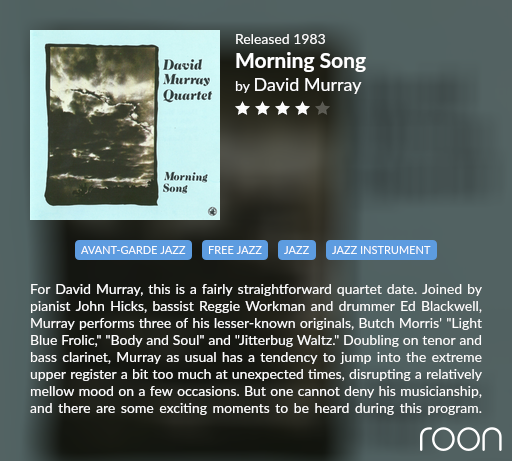 Thanks, I added that David Murray album to my listening queue as I didn’t hear this one yet!

Let me also add this album by Murray that I know a little bit better but is also dynamite! 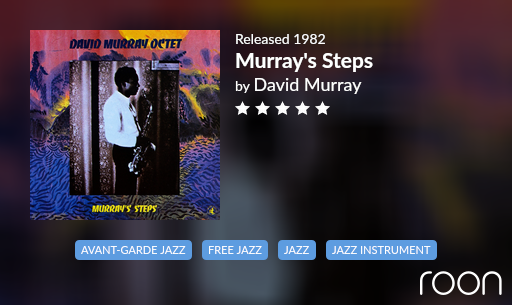 All history of jazz are in there. Even Hendrix or Sonic Youth are mentioned. Curiosity I also have have some CDs still not opened. Even some of them Duplicates or triplicate. And as he says, I´ll open it when retirement; and, in the same way, my friends don´t understand either.

New release of the week, available on Tidal and Qobuz: 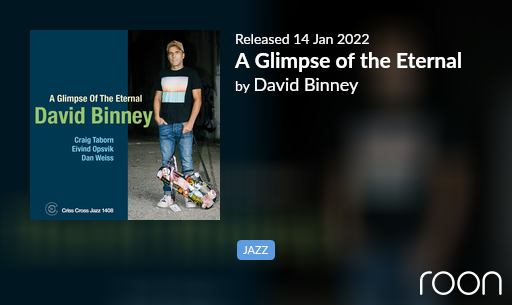 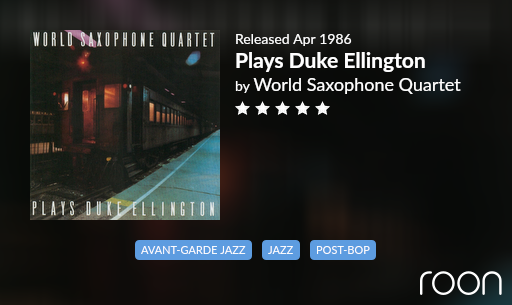 Evening! Time to post another great album I love! Sorry again. Not in Qobuz. Don´t know on Tidal. Spotify yes. That´s the reason why I also keep my spotify account. The spotify library is much bigger than qobuz or tidal. Got this akira´s on CD time ago. 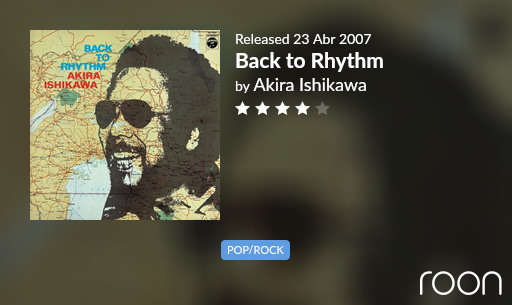 Originally released in 1975, Back To Rhythm is one of the crowning glories of Akira Ishikawa’s glittering career. The Japanese drummer turned his hand to countless wonderful records over his career, but this one was surely one of the best. Mr Bongo seem to think so, and they’re giving it a proper reissue treatment. There are funk breaks galore embedded in this joyously upbeat, irresistibly groovy sound, where the horns parp with clarity and the guitar licks cartwheel through airy mixes. Managing to be both fulsome and loud without coming over too heavy, Ishikawa’s sprightly take on instrumental funk has never sounded better than on this release.

This is on both Qobuz and Tital just search Chihiro Yamanaka and her catalog should pop up! 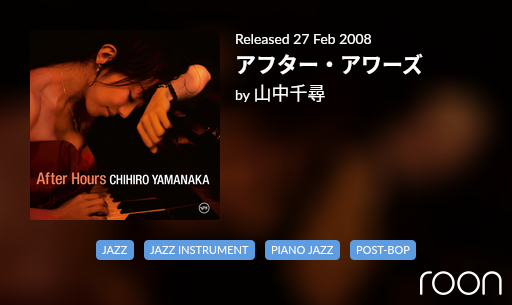 Great listen hear, I recommend Joseph Jarman and there is a good amount of his music on both Qobuz and Tidal! 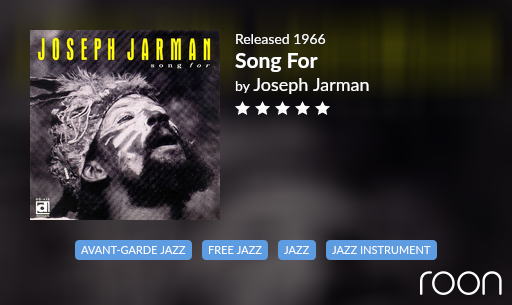