Sometimes very worthwhile stories about jazz appear in an unexpected place. Here’s a really good article about Horace Tapscott. The article is pretty much spot on but misses most of Tapscott’s post Nimbus output, which is also very good and worth checking out. By the way when the author states that Tapscott was relatively unknown outside of south central LA he’s probably thinking about the always lame and 10 years behind the times Grammy committee since so many Tapscott trained jazz musicians were in New York City singing his praises that any jazz fan paying attention knew about Tapscott’s wonderful work by the late 1980s.

Here’s one of Tapscott’s post Nimbus recordings that was very well received when originally issued, making many best jazz of 1995 lists. Available on Tidal and Qobuz, as are many other Tapscott recordings including several of the recordings mentioned in the linked article. 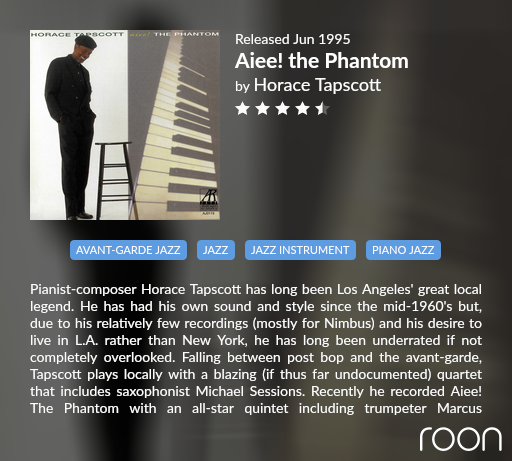 Just looked at my vinyl collection and the two Tapscott LPs in my collection are sandwiched between Sun Ra and Cecil Taylor. Now how appropriate is that! And not only do I have two Tapscott records but both of them (Live at I.U.C.C. and Flight 17) are original pressings on Nimbus Records (before the name change to Nimbus West). As I stated above jazz fans who were paying attention in the 1980s and 1990s indeed knew of the amazing Horace Tapscott. Most likely I picked these records up during one of my visits to California in the 1980s or early 1990s.

@Jazzfan_NJ - I want to say that I really enjoy reading your posts, you can tell when someone knows what they are talking about, and your recommendations often leave me just wanting more! So please keep them coming and thanks for all of your posts!

This is what I’m currently listening too. I enjoy Steve Reid’s sound and love listening to him! 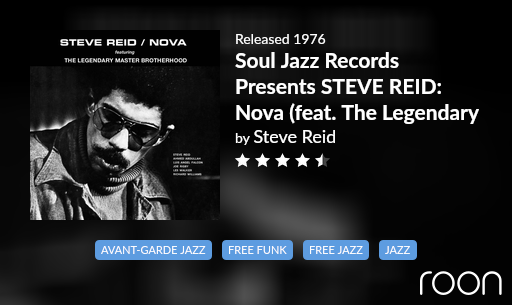 Thanks for your kind words. I really love being able to give recommendations, especially when there are people willing to give them a listen. And as I stated earlier, all too often these kinds of jazz oriented recommendation threads end up being filled with the same old same old KoBs, etc. After almost 50 years of intense jazz listening I really don’t need to be told for the millionth time just how essential KoB is since I kind of got the hint about 50 years ago. Anyway enough ranting, on to more listening.

Steve Reid is good and quite obscure recommendation and in the spirit of “six degrees of separation” here’s one by the great but underrated trumpet player on the Reid recording Ahmed Abdullah. It’s a wonderful record that is available on both Tidal and Qobuz 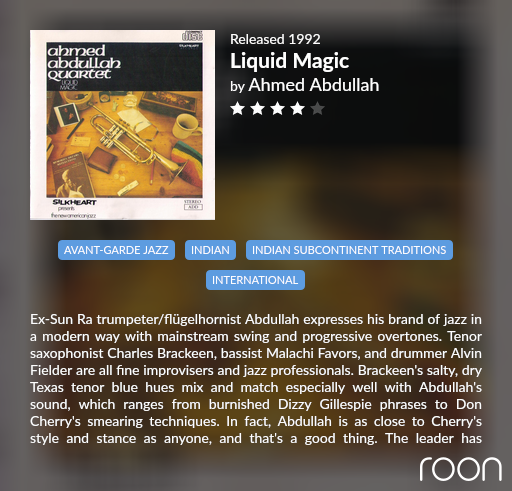 Yes, Liquid Magic is a very good listen! I’ve been an Ahmed Abdullah fan for the past year or so since I ended up lost in Sun Ra albums and it branched off from there.

In light of obscurity and not the same old same old I present the Helge Lien Trio - Guzuguzu, this is a beautiful recording! The SQ and range on the album sound quite stunning to me, don’t mind my aging ears! 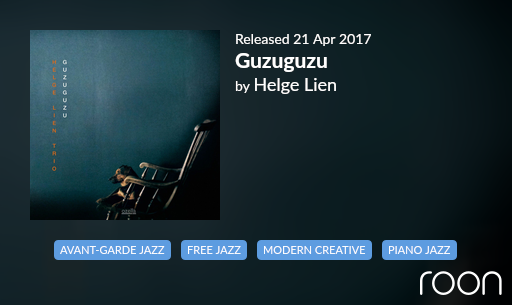 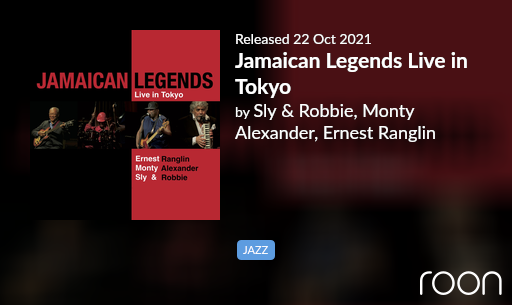 Thanks David! This one is new to me and that’s hard to do when it comes to jazz

Fortunately it’s available on Tidal and Qobuz so I will be giving it listen shortly. Happy Holidays!

Here’s something I picked over the Christmas holiday and it is very nice indeed. Sad to say that it’s not available on Tidal or Qobuz: 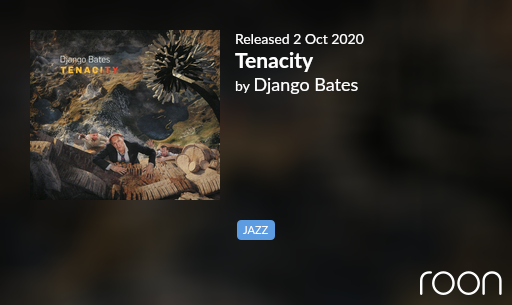 Lovely album this (and it’s follow up). Is it pure jazz? Who knows, but the mix of jazz and electronic production is really well done… 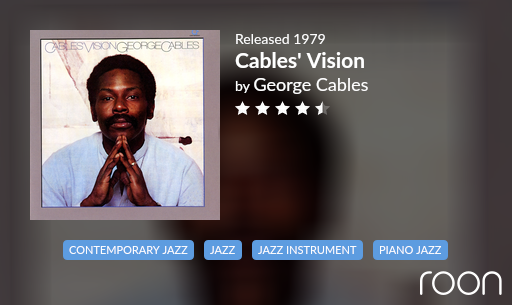 First 5 tunes on this are stunning. It’s a live radio broadcast from around the time of his My Goals Beyond album. The influences that would later go into Shakti are clear, as well as vocals from his wife. 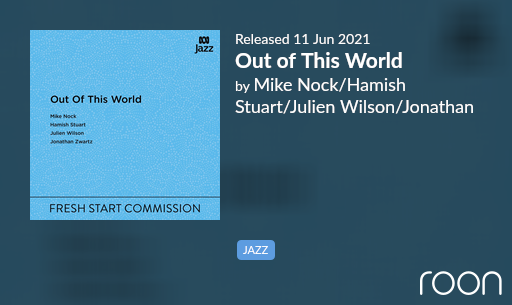 @Jazzfan_NJ - Sorry, it seems the search is bad for this album. The only way I could find this album through search was by searching the albums name and scrolling down through the albums, it’s the 4th row down. Oddly enough, if you search for Mike Nock you get nothing, even though they have 12 albums by him. Btw, it sounds like jazz to me but I’m not an expert, I just enjoy the music

But is it jazz?

Does not appear to be available on Tidal or Qobuz but Roon’s new and improved search function who knows? 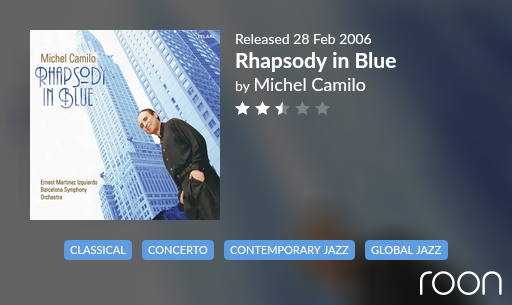 Woody Shaw on his game. The sound quality is far from optimum. 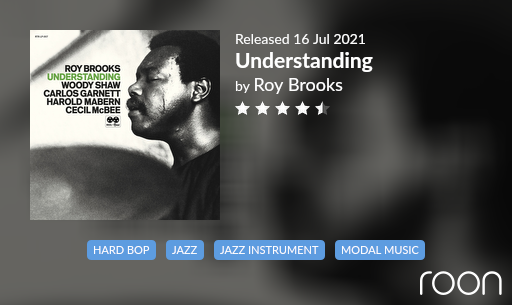 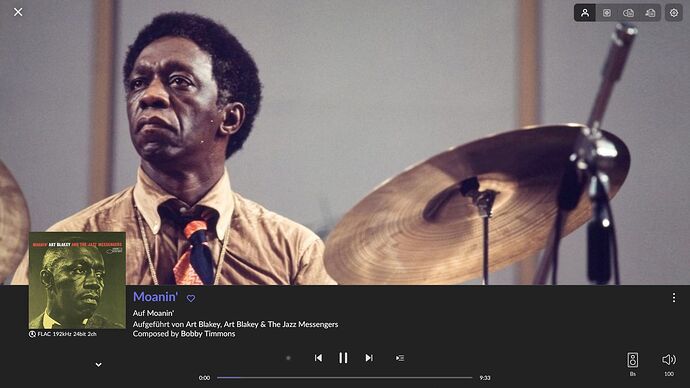 Spinning this one as I write. Repeated listenings pay rich dividends. One of many fine recordings on the Arista Freedom label. 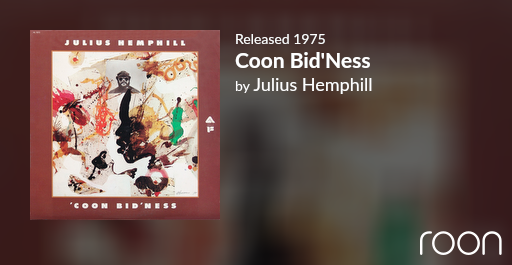 One more example of terrific Arista Freedom offerings. This one is available on Qobuz. Cecil Taylor was always engaging in the best sense. 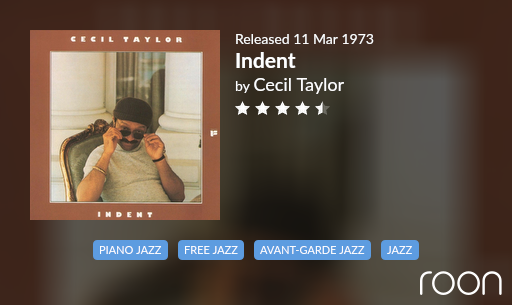 Spinning this one as I write

I’m so hucking fappy! To finally run across a few kindred souls with respect to jazz, especially the freer side of jazz. The Arista Freedom records of the mid to late 1970s where were I first discovered some of the great South African jazz musicians like Dudu Pukwana and Mongezi Feza, that were discussed earlier in this thread.

Here’s the recording I was referring to (both Tidal and Qobuz list it as available but when I added it to my library most of the track show as unavailable. Digging out my vinyl copy to give it a listen): 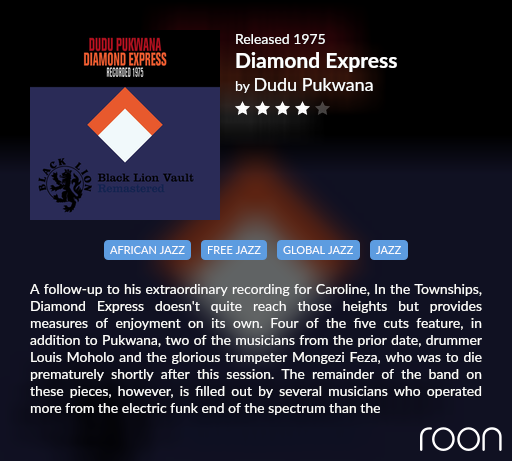 Good afternoon Ralph. Thanks for the Pukwana recommendation! Love his efforts, this is one I do not know and will be tracking down. Keeping on the Arista idea a bit longer which seems to be what I am listening to today. This was my first Anthony Braxton album which I’m sure you know but may be unfamiliar to our jazz colleagues here. 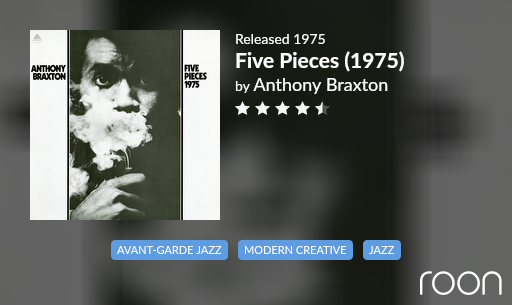 This is a lovely solo piano album that was my exposure to Randy Weston. No such thing as too much Randy. 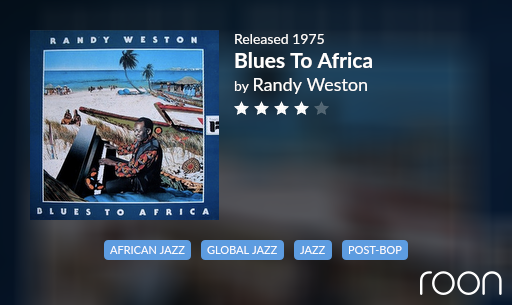 This is the album that got me hooked on jazz 50 years ago and it is still one of my favorites… My father owned this album and I borrowed it and never gave it back. I had been listening to blues oriented rock (Allman Brothers/Early Fleetwood Mac) at the time and Coltrane’s sax and McCoy Tyner’s percussive piano just resonated with me. My father, who was a big jazz fan, was thrilled that I became interested in Jazz.