Thanks for the recommendation. I will give them a careful listen.

I added “Lost Bees” to my Roon library via Qobuz and as usual for a new jazz release from either Tidal or Qobuz, while the recording is “identified” by Roon there is absolutely NO real or detailed metadata provided. This metadata nonsense needs to be addressed by the Roon Team since no meaningful and detailed metadata means no hyperlinks within Roon and a very poor Roon experience. To say that I am extremely disappointed is putting it very mildly. 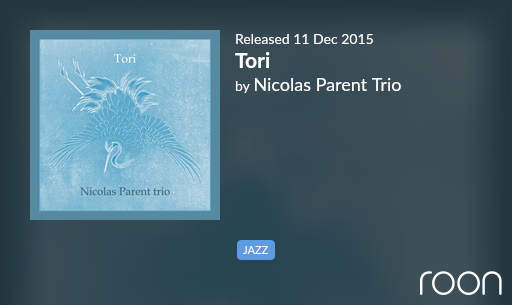 One of the Vienna Art Orchestra’s best recordings. Available on the Q/T along with several other of their recordings, although not all of their recordings. If you are unfamiliar with this outstanding group I strongly suggest that you give them a listen. One of European jazz’s great organizations and, as is too often the case in jazz, much deserving of greater recognition. 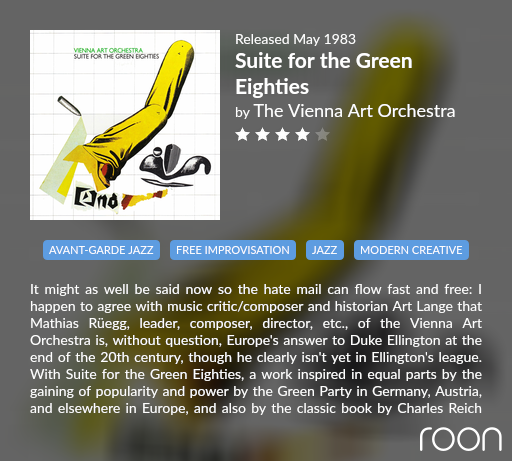 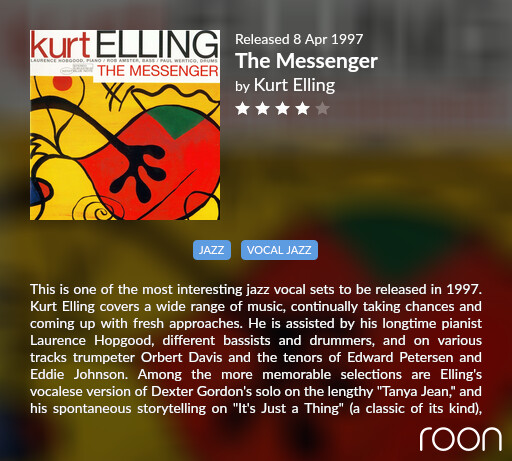 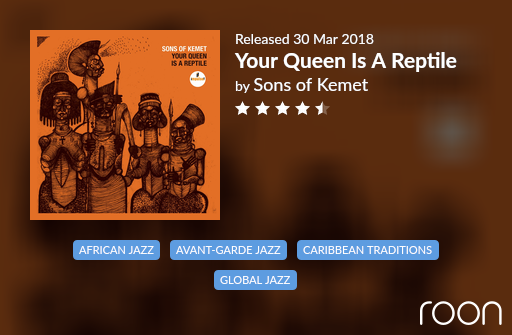 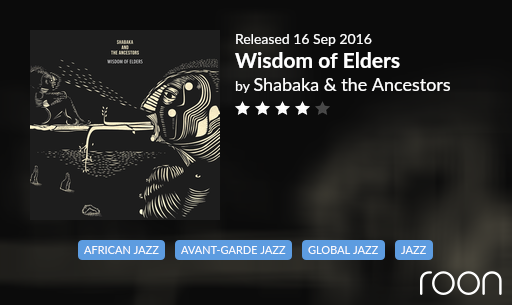 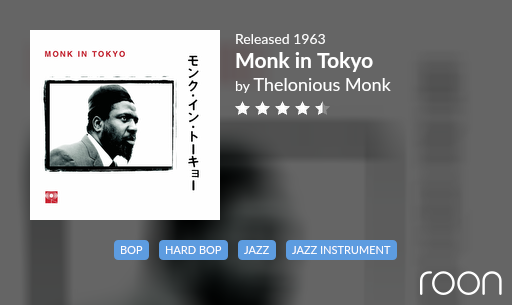 I think most if not all the members of Sons of Kemet were born in the UK and most of them have Caribbean rather than African immediate backgrounds. Seb Rochford - one of the drummers - has ancestors from India. Just two of the Queens are African, the others are North American.

One can play African tempo jazz without being born in Africa, no?

Here’s one from a Scot - 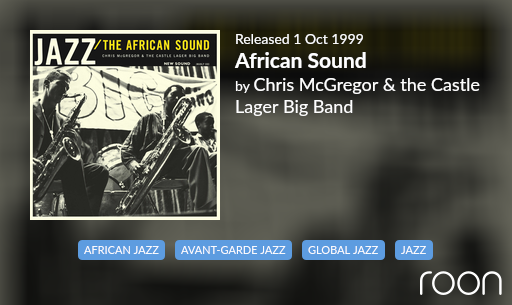 This recording/concert is the same concert as the one I posted a few days ago: The Tokyo Concert

Here’s one from a Scot -

Actually Chris McGregor was born and raised in South Africa. Most of the other musicians on the recording are indeed British. 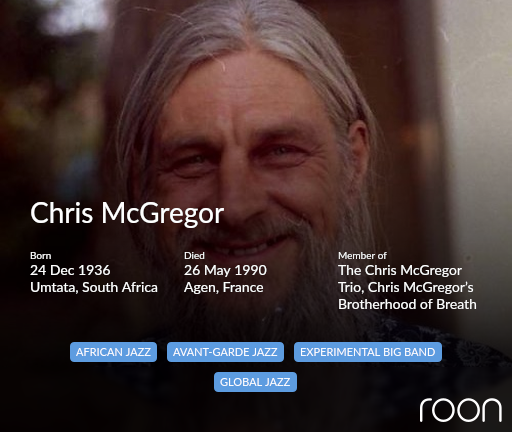 The album (Jazz-The African Sound) was recorded in Johannesburg, South Africa, by an integrated group of musicians in the face of apartheid. The Castle Lager Big Band had a very brief existence for that reason. Many of the members later did emigrate to the UK, but I believe all were from South Africa although some could have been from other southern Africa countries. McGregor had often violated apartheid norms in his South Africa groups, such as the Blue Notes, which featured Dudu Pukwana. McGregor later organised the Brotherhood of Breath in the UK.

Those interested in early 60s South African jazz might find this interesting: flatinternational - south african audio archive - Various Artists - Cold Castle National Jazz Festival 1962
I would be especially interested if anyone knew if this album is currently accessible.

Hmm, how about this group. There’s this in Qobuz - 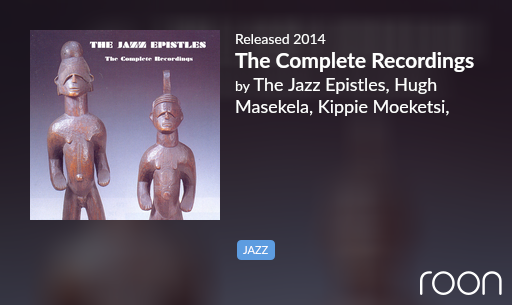 I ordered this on vinyl - 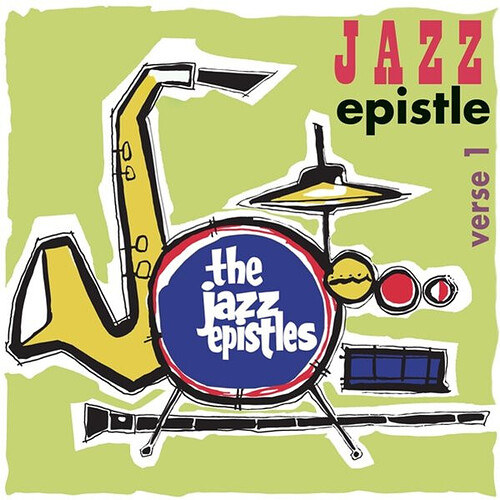 might find this interesting: flatinternational - south african audio archive - Various Artists - Cold Castle National Jazz Festival 1962
I would be especially interested if anyone knew if this album is currently accessible.

Discogs doesn’t have the original, but here’s a RE on vinyl - 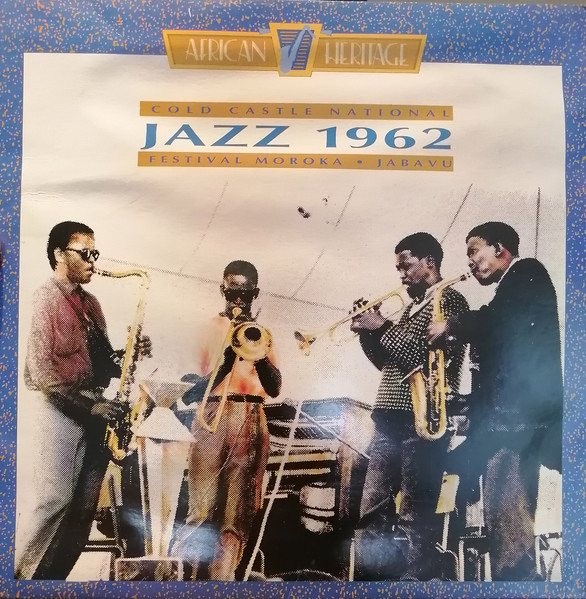 How bad do you want it? It’ll cost you.

I got Monk 61 Live in Paris this week. The LP is cleaned and waiting for me to pour a nice sour beer to enjoy it!

These guys will be joining Monk too. Great recording and good music. 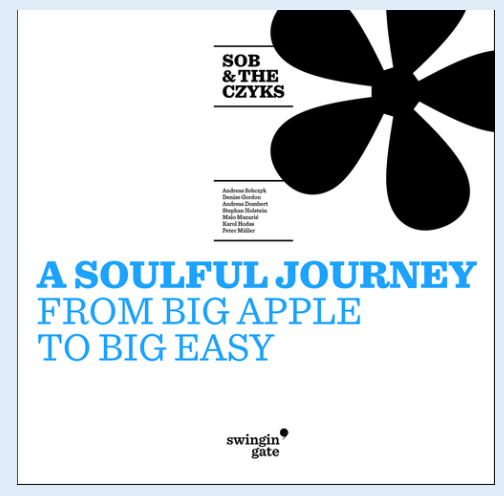 What pressing number is your copy? Mine was #47 and the SQ was excellent. I’m wondering if the quality deteriorates with a much higher number.

I had to email the presser about another order, so in the process I asked him if his pressings were all analog. He said that a few were, but as it was getting harder and harder to do that, most had a digital step.

Since the show was from 1961 and the presser specifically stated that the pressing was a second pressing of 500, perhaps this was actually from an all analog source. Dunno.

I don’t know the copy number, but my pusher (stereo dealer with a LP section) has told me the numbering is more random than sequential. If that is true, and he has been a vinyl guy forever, the quality is not tied to the copy number.

Abdullah Inbrahim was a major part of the Epistles (when he was still Dollar Brand) and Johnny Dyani was a member of the Blue Notes, so bringing together key parts of the two most important just post-war South African groups. Though when you learn that one of the tracks is Dedicated to McCoy Tyner you will know that there is a major influence that is not African. Still one of the most “African” of Ibrahim’s albums. There is also some Islam influence as Brand had adopted Islam in 1968; interesting that the cover roon supplies still identifies him as Dollar Brand (with Abdullah Ibrahim in smaller print). My cd version has a different cover without Dollar Brand on it. It is indeed a masterful album.

Edit: A little Discogs research tells me that the Roon cover is the one used on the original 1979 lp. 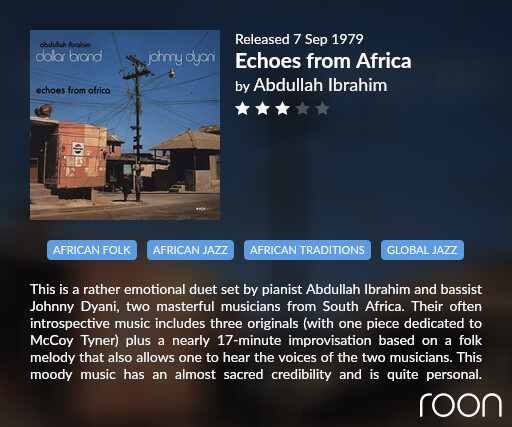 Still one of the most “African” of Ibrahim’s albums.

This series of releases are also very much in Abdullah Ibrahim’s “African” mode. Hard to find but worth seeking out. 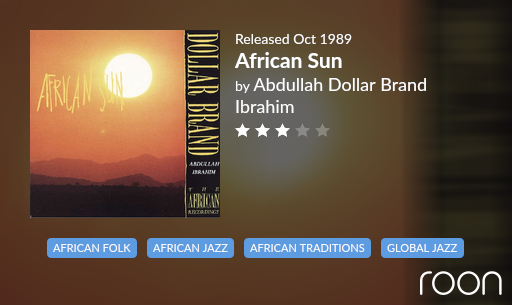 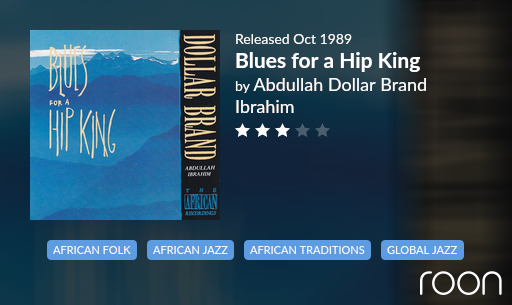 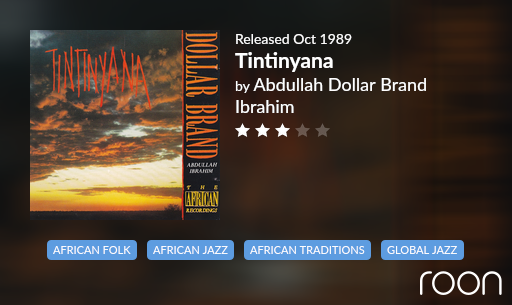 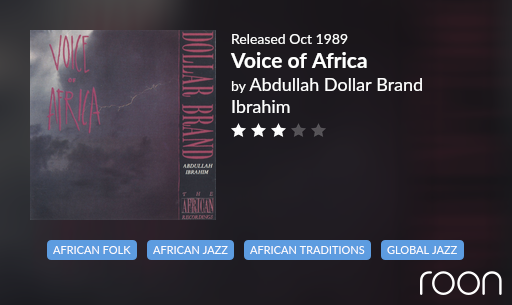 Just got this in the mail from a favorite pressing house.
One in 2nd pressing of 500.

Something for those who would require African jazz to be only from Africa inhabitants. 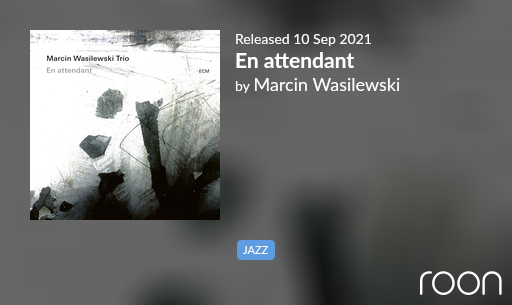