NUC i7 build not working so far

I went by the ROON hardware guide and purchased the NUC10i7FNH and the Roon hardware guide’s recommended memory and M.2 SSD drive. When I start up the NUC I see the word Intel for a few seconds. Next, I see the phrase “no bootable drive found” and the screen won’t progress beyond that point. When I do a general google on this phrase I am told that the SSD drive is either bad or installed incorrectly. I double-checked the drive; it would be hard to install it wrong, but I pulled it out and put it back in just in case. No change in bootup. A also did the F2 at startup. The system sees the memory but shows no SSD device. What am I doing wrong?

Are you using ROCK? How did you put the OS on the M.2?

Your NUC isn’t finding an OS to boot from, obviously…

Make sure you’ve enabled legacy boot in the bios, and have included the SSD in the boot sequence.

Did you boot from the USB OK to install rock on the SSD?

I have done nothing more than installing the memory and SSD on the Nuc i7. Roon guide said “At this point, there’s no operating system on the NUC, but it should boot and you should see the Intel welcome/splash screen. Note that this screen should also have the correct keyboard shortcuts for entering BIOS which you’ll need in Step 2.” Did not see the screen with keyboard shortcuts. Instead, I get a message saying no boot drive. When I did a generalized Googled that phrase and it seems to indicate that the SSD drive is either defective or not installed properly. May not apply in this situation, I don’t really know.

I’m not familiar with running a NUC, but these troubleshooting steps might help.

Instead, I get a message saying no boot drive.

Ah, OK. I get you now. You are just trying to enter BIOS… You shouldn’t need a boot drive to get into the BIOS screen.

I think this is the problem. Don’t wait for the Intel screen to come up. Turn on the NUC and keep pressing F2 (tap, tap, tap, etc.) until you get the BIOS menu. That’s the way I’ve always done it.

I did a generalized Googled that phrase and it seems to indicate that the SSD drive is either defective or not installed properly.

In this particular circumstance, that is completely misleading.

If the system sees the memory, but says there’s no SSD, and it’s installed properly, I’d say there’s a hardware issue, either with the drive itself, or with the NUC

Next step is to upgrade the bios, reset the bios to defaults etc.

“At this point, there’s no operating system on the NUC, but it should boot and you should see the Intel welcome/splash screen. Note that this screen should also have the correct keyboard shortcuts for entering BIOS which you’ll need in Step 2.”

If the M.2 device and Memory is OK you should see the Splash Screen but that’s all

If you don’t get the splash screen try re-seating (pull em out and put em bck again and wiggle !!) the M.2 drive and the Memory Cards it may be a dodgy connection

If that fails and no Splash Screen one of the components is likely dodgy . In a worse case it could even be the NUC , is it a new NUC ?

Made changes to BIOS, and I think they are correct. Boots up to a message that points to an internet address from which I can see that rock seems to be installed correctly. Getting hung up on CODEC. Got the FFm etc file, did the unpacking twice and put it 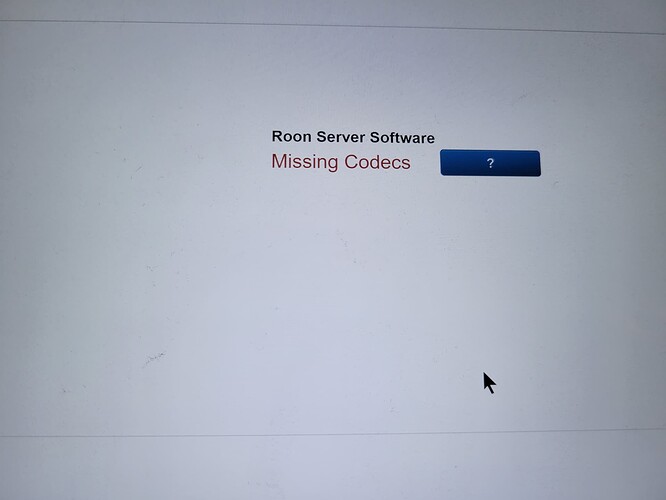 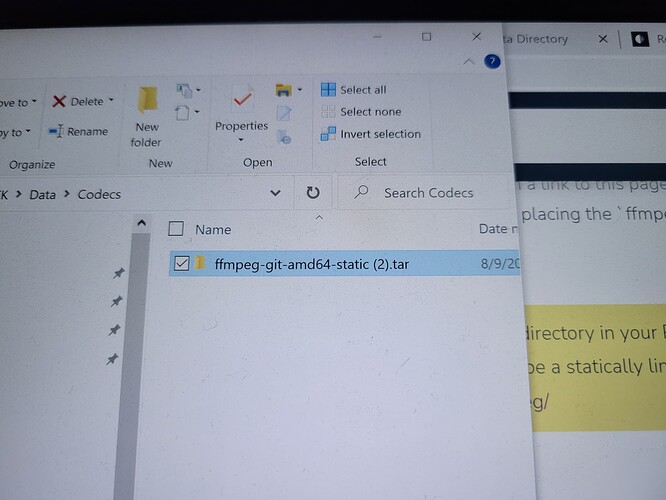 You need to unpack the codec file. Twice.

That’s not unpacked twice as it’s still a .tar file. Unpack again and copy the file named ffmpeg only.

OK, I will try that.

Same thing as the first time I tried to untar the file after decompressing it. I don’t see an option to Unpack. Is that done in the CRC tab? 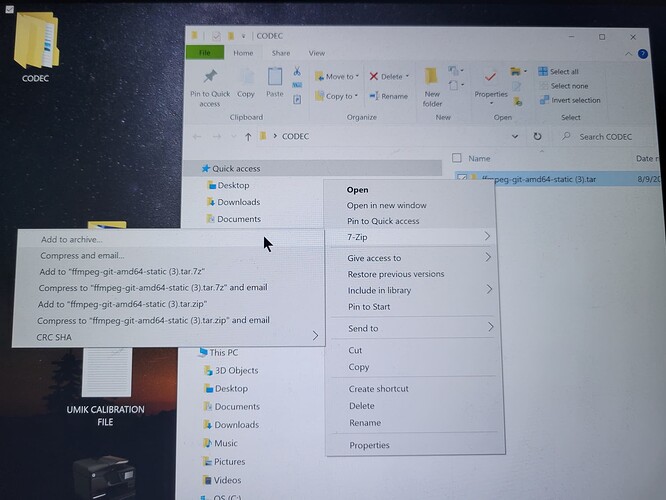 Tried it again. Got this, but Roon still says no CODEC after a reset. 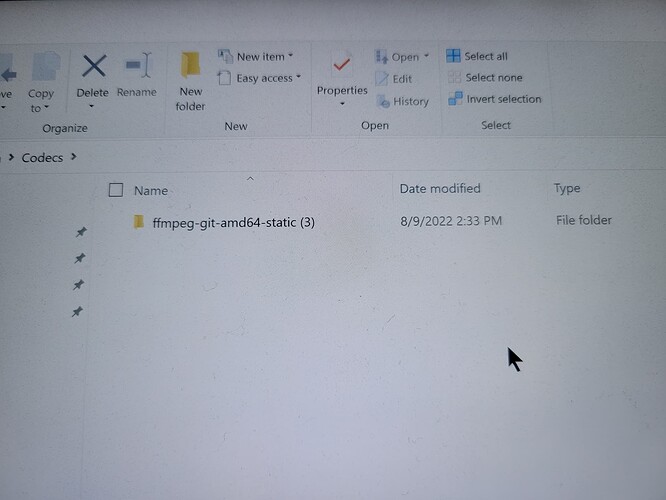 Hope the site has no limit on picture uploads

Not sure if it makes a difference. But, I have been running Roon on a laptop for a year. Would this complicate migrating to a NUC?

If you haven’t already, get on File Manager and map a network drive to \ROCK\DATA.

ffmpeg should be in the Codecs directory with a length of about 75,000 KB.

If that’s not the case, then you’ve done something wrong. Probably in the unpack.

Bingo, that did it. I hope. It is now saying OK. On to the next steps in the setup.