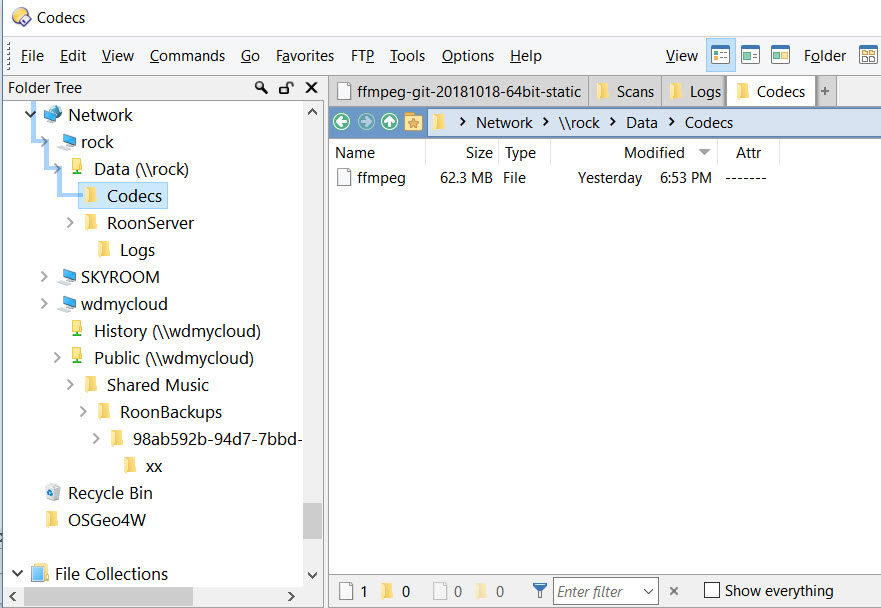 and in the NAS backup folder which I reached from the new ROCK server: 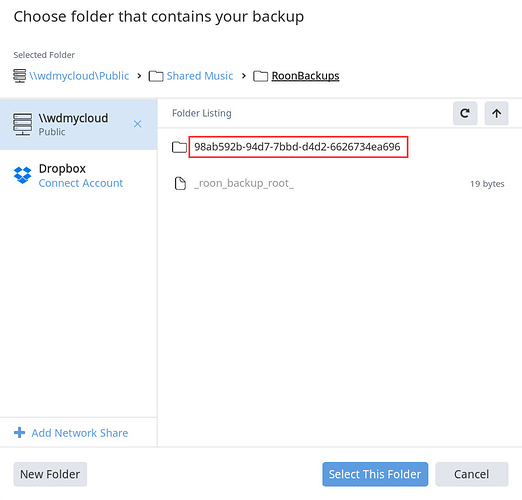 But the Restore function doesn’t see them. 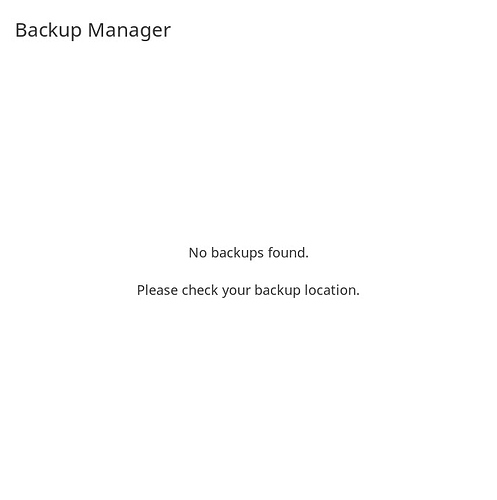 I think you meant @support?

Make sure the ROCK machine is updated to the latest version first before restoring from backup. You can force it to update by clicking Reinstall in the Operating System section of the web interface (http://rock or http://ip-of-your-rock).

Rene, many thanks. Updating software did the trick.

Am surprised it was necessary, however, as I’d just downloaded the ROCK software minutes earlier and I assumed it would the current version. Since others might experience this, it might be helpful to add a suggestion to that effect in the guidelines: ROCK: Getting Started > Migrating To ROCK > Step 2: Restore Your Database.

I’m tickled that the migration from laptop to the NUC7i7DNKE plus ROCK was successful.

I’m also really pleased to discover that in the standard Intel housing, during routine playback in two zones, without DSP, the NUC is cool to the touch with absolutely no fan noise. I had intended to install the NUC in an Akasa Plato X7D fanless case after I had it up and running in the Intel housing. But based on how I’ll likely be using the Core, there should be no reason to do so.

I have notified Roon staff about your suggestion regarding the guidelines.