I just purchased an iFi DSD Black Label and I am trying to set it up properly for native DSD. If I plug the iFi directly into the Nucleus+ I am able to get native DSD working without any problems, however, I am trying to run it through an Auralic Aries bridge and that is where I am having an issue. When I plug the black label into the Aries I am not seeing the option for setting the DSD Strategy in Roon. Below is a screenshot: 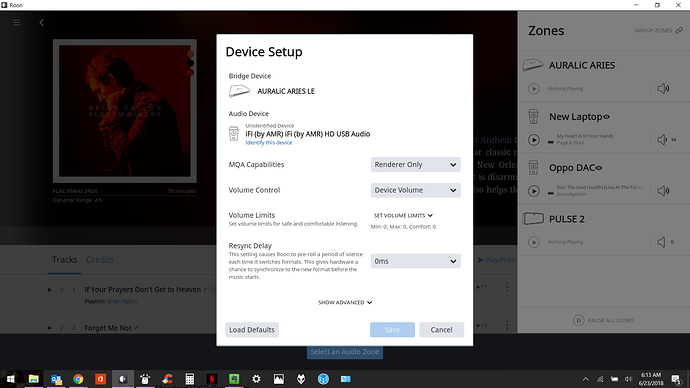 If I set the Aries for DoP I can play the music without any conversion issues. If I turn DoP off Roon converts DSD to PCM and I not able to set the DSD strategy in Roon. I have upgraded the Black Label to the current firmware version but that did not make any difference. Anything else I should be doing in order to get native DSD working through the Aries?

Anything else I should be doing in order to get native DSD working through the Aries?

yes: do not get obsessed with “Native vs DoP” as it actually doesn’t change a single bit

Aries femto and Chord Qutest here: only way to play Native would be… installing custom drivers on the Aries, which is obviously something I can’t do

Thanks Paolo. I just did further research and as a result updated the Aries firmware to the 5.5.1 beta. The new settings in that version allowed me to set the Aries to native DSD and it’s now working.