I have my Nucleus hooked to a Google Wifi mesh setup. It is not connected to the primary router but one of the other devices that makes up the mesh. It’s then connected to a Pro-Ject DAC Box DS2 Ultra and then into a PrimaLina Dialogue Premium HP Integrated Amplifier. I cannot get it to play through that set up. It’ll play through my iPhone and iPad but not through my primary system. It sees the DAC but when I try to play it just cycles through the songs one after another for about 1/2 second each but won’t play anything. Has anyone had a similar issue and, if so, how did you fix it? Are there any support folks monitoring this this community who may have an idea? Thanks in advance.

Are you streaming local files or Tidal? Is the music source of local files attached to the Nucleus? Its not really advised to put your core on wireless. If you can try and test it hardwired to your main router this will at least see if wireless is your issue to start with. Normally this behaviour can be down to slow network connection or it may be having issues with the dac.
If you want Roon support then post in the support part of the forum and if you tag @support they will likely respond as they monitor the forum regularly. But a lot of support will also come from the community.

Tidal. Unfortunately, because of the way my house is configured, I can’t put the Roon in the room with the actual router (which is a floor up and on the other side of the house). The shop where I purchased it contacted Roon before I bought it and asked if this setup would work and they said it would as long as I had certain connectivity speeds which I checked and were well within the limits they sent. Like you, though, I somehow feel this has to do with a network issue. I also posted this in the support group so hopefully I’ll get something back from them.

I’m not very network savvy, unfortunately. Do you think if I insert an unmanaged switch between the Google Wifi access point and the Roon it might help?

I’m moving this thread to Support category and asking @support to help out.

Do you receive any errors when playing to the Pro-Ject DAC? If so, what does the error message say?

It’ll play through my iPhone and iPad but not through my primary system.

Just to verify, the same exact content from Roon that you have issues with playing to the Pro-Ject DAC play just fine if you select your iPad/iPhone as a zone in Roon, correct? Or are you referring to playing content from the TIDAL app on those devices?

Hi Dylan, I think I remember seeing an error message but I’m travelling and won’t be back home to recreate the scenario until Thursday evening. I think it was something to the effect of “The content is not available…” but I don’t remember exactly. I will send an update Thursday evening to this thread.

To verify, it is the same exact content that will not play through the DAC that plays through my iPhone and iPad. Literally the exact same songs/playlists.

Thanks for the info, @Alex_Qatsha,

Since the same content is playing through Roon for other endpoints, I think we will want to focus specifically on the USB connected DAC rather than Google WiFi.

When you’re able to, along with the error message, can you send screenshots of Device Setup for your endpoint?

@dylan, I just recreated this twice. I took video of it which I can’t upload here. If you send me an email address I’ll send them to you. I got the error message “TIDAL: This track is not currently available from Tidal.” when I tried to play Lenny Kravitz Greatest Hits. I then tried to play Jeff Beck, Blow by Blow and did not get the error message. However, both times the song titles just cycled very quickly and I never got any music.!

Attached are pictures of the connections between components.

Let me know what you think. 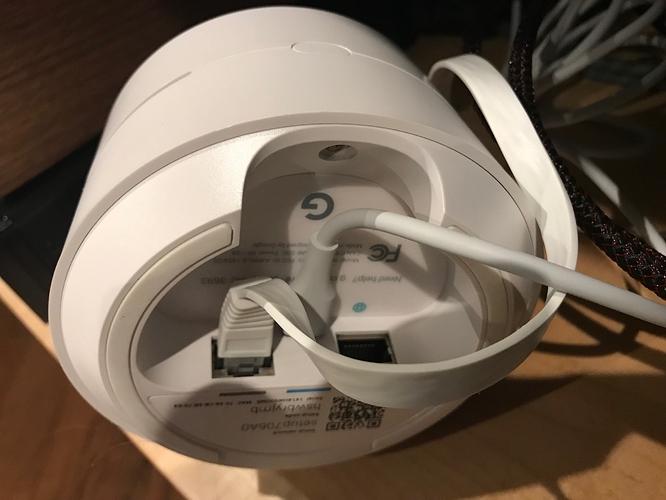 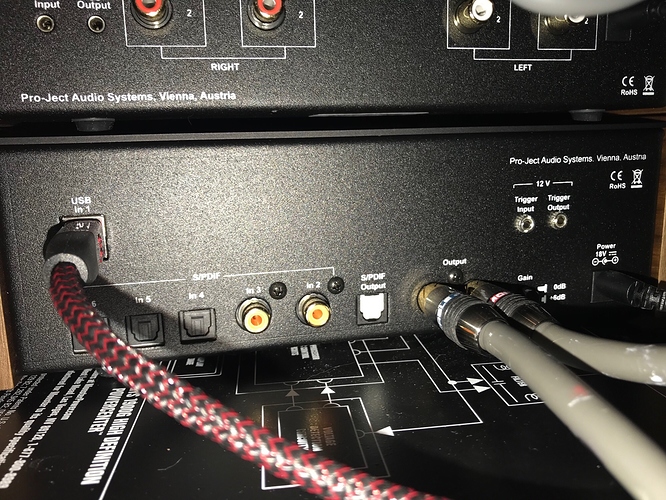 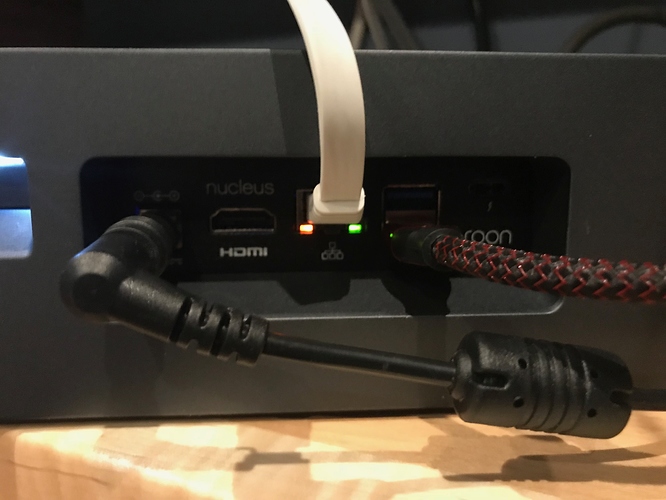 Thanks for the update. I have enabled diagnostics on your account so our technical staff can get some more insight into what’s going on here. The next time your Core is active a diagnostics report will automatically be generated and uploaded directly to our servers

In the meantime, we are hoping you can verify the following:

I’m just back from some serious work travel and have tried a few more times with the Roon. I have now discovered it plays just fine through my Sonos in the house. I’m currently streaming Porgy and Bess from Tidal through Sonos with no problems. Meaning that the network/WiFi setup is working just fine. It seems the issue is just with my primary system then. I’ve again traded out cables and have plugged them into all of the available channels on the back of my amp. Nothing working. Since I know for a fact that the all of the channels on the amp work (because my turntable works fine through all of them) that leads me back to this most likely being a problem with the DAC or, at least, the way it is configured. Since you’ve turned on diagnostics you can, hopefully, gain some more insight. Let me know if you find anything.

hey @dylan, did you get any helpful input from the diagnostics you ran?

Next, we’d like to enable diagnostics once more, but first we were hoping you could replicate the error again and make a note of the time in which the error occurs. Knowing the specific timestamp of the error will help to narrow down the search and provide greater insight for the team.