NY Times 25 Songs That Tell Us Where Music Is Going

NY Times has this article that is exhorting me to keep up and not be an old fart. Problem is, I haven’t heard any of it and doubt I would like it if I did. But I shouldn’t be close minded. Anobody collected this stuff in a playlist? 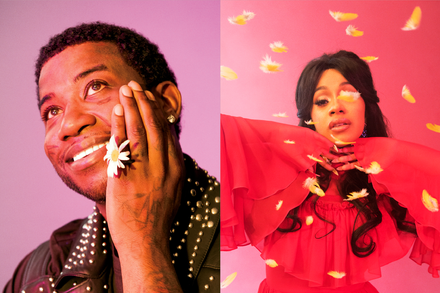 25 Songs That Tell Us Where Music Is Going

The introduction is very funny about generations:

People may talk about generations as though they proceed in some orderly parade, but it’s really more like a tug of war: Whichever age group outnumbers the others gets to pull an entire society deep into its own habits, neuroses and preoccupations. As a result, one of the best ways to understand popular culture is simply to consult a chart tracking the number of Americans born each year. Most prominent will be the huge swell of people born after World War II, who have dominated the national psyche for as long as any living person can recall. Then comes a 1970s trough, a tiny cohort of poor souls who will never dominate anything and are best known for being sardonic about it. Then comes a rally, and another peak: American adults, at the moment, have a pronounced tendency to have been born around 1990. A lot of our cultural noise these days is just the sound of a nation’s center of gravity shifting, all at once, across four entire decades — and landing on a group of people who, whether they realize it or not, can now manhandle the world the same way their elders did.

Nah — I found out you can listen to snippets on nytimes.com. I gave up after 12. If this is where music is going…

I gave up after 12. If this is where music is going…

Ha, a good read. I’m probably one of the youngest Roon users and listen to a lot of that stuff, in parallel with a lot of ECM and all the stuff my old man (my dad) listened to as I was growing up like Santana, Clapton, Hendrix, Beatles, Fleetwood Mac, Bob Marley, Fourplay, Keith Jarrett and lots more Santana - did I mention Santana?

I got the old man a Roon lifetime membership and the Core and Endpoints etc and he really enjoys find new and young artists through Tidal. Roon and Tidal has really made discovering new stuff easy and fun (and this should go to another level with Roon Radio 2.0 at some point later).

In his own words (and opinion), EVERY decade of music from the 60’s, 70’s and 80’s had music that moved the needle (influenced culture at the time) AND music that was considered not-so-great at that time… he says its no different today for him. He loves Sza, Kendrick Lamar and Ed Sheeran. I guess he loves melody and music with emotion and that can come in many different styles and he’s open to trying new stuff to see how these styles evolve. He still listens to lots of Santana too…

I’m the same. I grew up in the 80’s and 90’s and love to see how music continues to evolve today. I love some trends and don’t love some others but as dad says, things have been like that forever. I like the old man’s open mindedness (not to say anything else is closed minded) and I’ve probably inherited that mindset.

A funny story, I recently went with him to a blues music festival to see Santana, Buddy Guy and The Doobie Brothers (and others). Naturally this was an older crowd. But the lineup also featured Kendrick Lamar but the band that played with him included Kamasi Washington and Thundercat, so all of his songs had a slightly jazz fusion arrangement but all his (HipHop) lyrics and delivery were the same obviously. I was so happy and surprised at seeing the older crowd’s reaction to Kendrick’s performance, from start to finish and it probably had the liveliest crowd (dancing) equal with Santana. And I can almost guarantee that the majority of the crowd wouldn’t have expected that before the festival started. I think the live band / jazz fusion arrangement really helped but it was the same club and radio songs. Festival crowds have always been very ‘open’ too, so that’s probably a factor too. But to see 60 and 70 year old people of all backgrounds dancing to a Kendrick Lamar set from start to finish and having a blast, that’s something I’ll never forget. A great experience.

Anyway he’s only one (old) datapoint. There’s no right and wrong in his hobby. Life is too short to squabble too much and spend too much time trashing any particular song/artist and genre (in my humble opinion).

Just enjoy whatever you enjoy I say.

Yep. There was a thread here a while back where people discussed their favorite decade in music, and I said NOW and it has always been NOW. So I agree with you and your dad. And it’s also true that not everything new is good.

I saw a report Spotify did a few years ago, discussing the listening habits of their customers by age group (how do they know age, do you register that?). Anyway, they said that older people were less adventurous, less inclined to listen to new stuff, like Taylor Swift. What is adventurous about listening to Taylor Swift? Talk about safe choice!

Adam Baldych (31) is adventurous, but so is Wadada Leo Smith (76). Both produce great new stuff now.

But all right, I’ll give them another listen…

But all right, I’ll give them another listen…

Grab your partner’s or friend’s hand for a dance and turn up the volume next time to that track. The absolute worst thing that could happen is you both laugh a lot at the experience

that’s not so bad in the big picture of life.

And the part of that song that everyone who’s heard that song knows and sings to is:

So that’s the part that’s big with popular culture at the moment but I could see any superstar from any decade singing those 2 lines and getting the same popular reaction from young people at the time, from The Beatles and Elvis to David Bowie. Of course the way those 2 lines would be delivered would be totally different and the overall song those 2 lines were used in would be different depending on time period and artist - Paul McCartney is a HipHop fan today but I don’t think he rapped back when he co-ruled the 60’s and 70’s

Hehe I’m with you on the good stuff from the 60’s to 80’s music Scott but not everything released in that period was considered great at the time… And there’s a lot of HipHop music itself that I wouldn’t recommend to anyone either.

I can’t listen to a death metal album start to finish, but having learnt some music as a kid, I have a major appreciation for the talent of some death metal musicians, especially the drummers… So I’d never say I dislike the entire genre out of respect for the off the charts talents of some death metal drummers and guitarists.

Music is such a big part of me, I would never disrespect an entire genre and even if there’s a genre that I don’t listen to, if I look (listen) hard enough there’s ALWAYS something in nearly every genre of music that I can greatly respect and appreciate (like the death metal example I gave).

I think it’s just the way I’m wired and how I was raised musically, with such musical diversity and appreciation for the good music of all genres.

There’s no right or wrong in this hobby. Personal preferences are obviously more than ok.

Disrespect? Have no idea what you are talking about here. All I said is that I did not like a certain genre and listed why. I love music and it has been a huge part of my life for a very long time. But, that doesn’t mean I love all music because I certainly don’t. McCartney is a fan of Hip Hop? Big whoop…that means nothing to me nor should it.

Hehe we’re saying the same things mate and not in disagreement at all actually.

There’s no right or wrong in this hobby.

Of course there is and I’m always right!

Of course there is and I’m always right!

Dad? Is that you?