I have the complete14 sets of Martha Argerich “Live from Lugano” from 2003 to 2016 but have an oddity in display under “Artists”. 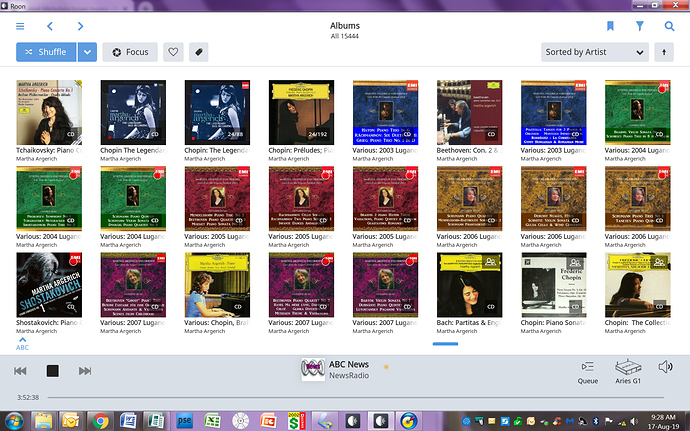 This puzzles me. Is there a hidden difference in the album labelling?

So I tried to copy the label for one to paste on the other albums but the “save” is greyed out so I cannot do that!!

Not a major issue to lose sleep over but it bugs me that I cannot correct the problem with editing or why it happens at all so inconsistently.

Because Roon sorts albums by release date. That means that the “Beethoven Con. 2 & 3” was released between the two "Various: 2003 Lugano"albums. Which release date Roon uses can be configured in Settings|General.

If you really want to sort by album title then you should change the sort in the album browser to “Sort by Album Title”. This makes maybe more sense when you add a filter on artist name.

My albums by Tori Amos in release order

My albums by Tori Amos in alphabetical order

Ahah, thanks for that. I looked up the release dates, edited them in and they are now appearing back together.

It still puzzles me why some were together without this release date editing yet others were not.