So my old Synology ds212j that I purchased in 2012 has taken a crap, this has been confirmed with the tech folk at Synology. My disks (not SSDs) and data are fine and I have purchased a Synology DS218+. It wasn’t until after the fact that I thought about Roon and thought I’d a change from Sonos so after its arrival I will upgrade the RAM from 2 to 4.

My question is: Can someone please tell me if this is a suitable ssd with said ds218+?

If so, if I understand correctly, I can run Roon on the SSD and attaching it to said ds218+ and I should be good to go?

Thank you for taking the time to read this

Adrian you don’t say if you want to run the Roon core on that SSD. You should also mention how much music storage you have, i.e., the number of tracks. Then you might want to think about how much you intend to grow your library over the next 24 months. The recommendation here has been no less than an i3 to run Roon core on that NAS. That said others are running the Roon core on lesser hardware and are happy. It really depends on how demanding you are, if you upsample, and how big your library is.

Sorry about hat. Yes I would like to run Roon on the ssd. I have about 40k in tracks. I don’t upsample, all tracks…save for a tiny few are flacs. I would guess my library would increase by 2000 in two years.

Thank you for responding John

If you have already purchased the NAS then it can’t hurt to try it. Remember it’s undersized according to the NAS recommendation here on Roon. Like I said many people are running undersized CPUs and are happy. No one can answer this except you. If you end up having performance issues then you know where to look.

I am running the core on a DS1513+ with SSD attached by USB for its data and 4GB RAM, so it is underspec according to roon advice. Yet it runs fine. The interface may lag a second or two when compiling a new view, but mostly very responsive. I have not had any problem with dropouts at all even when using some of the DSP functions and/or playing 24/192 files.

I still plan to acquire something like a sonicTransporter, but I easily could live with it as it is now.

If you have at least 4GB RAM and run core files on SSD, you will have better specs than me so I expect that will be fine.

John, Do you work for Roon? My question about the ssd having never owned one is is it ok? I gather now it’s running off the cpu of the nas. I didn’t understand that before. Yes, I already purchased the Synology. I still need it for Sonos if the Roon doesn’t work out and the SSD is only 30 bucks. I’ve often paid more for the price of knowledge.

thank you john and pstrisik

No I do not work for Roon. This is a community web site where members with some knowledge often can help others with questions. The Amazon link in your post does not work for me. It’s not actually a link. Is that SSD USB 3.0? I assume it’s an external drive?

Do you have an internal slot for an internal SSD, which that is? If so, I can’t comment as I have the Core installed in the NAS and its files on an external SSD connected to the NAS by USB. This is the one I got: 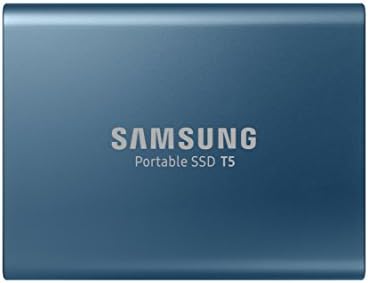 I don’t. The Synology that is enough route has two bays but one of for my library, the other a mirror. I thought I could connect the ssd to the Nas via sata?

Not sure. Will an eSATA cable connect to that drive and do you have eSATA port on the NAS? Would the drive get power from that cable or do you need separate power?

Just buy an external USB 3.0 SSD. That NAS has two USB 3.0 ports. Connect the SSD to one of those ports and install the Roon core on it.

Yes, that’s one of few things I did.

Meaning I checked if there was a sata inout on the Nas which there. John, I chose sata over usb since it’s faster and I thought I might get a better performance. Am I wrong?

Depends on the specs of the drive in question. eSATA can deliver 6Gbps (older versions deliver 1.5Gbps or 3Gbps), USB 3.0 runs at up to 5Gbps. Did you buy an eSATA drive capable of 6Gbps?

I did. great I did one thing right.