I added this album from TIDAL: 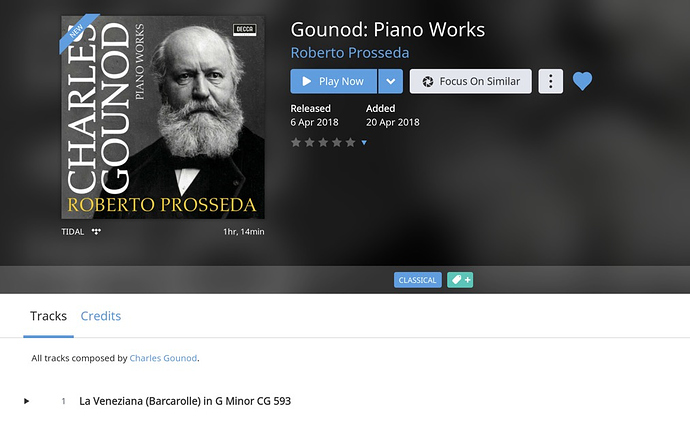 Here are some disappointments:

None of these issues are new to me, but what made this special was how many issues were wrapped up in one album was different. (And, it can be replicated.) TIDAL doesn’t pass along Composer tags on a classical album. Roon munges when it shouldn’t, then fails to munge when (I think) it should. Not just some, but all compositions fail to link to any metadata. Credits are incomplete.

I may be crazy for suggesting this, but Roon and TIDAL should be in sync about tagging customs and formats. And it should be well done.

Some of this should probably go to feature requests, but I’ll leave that decision to others.

If Roon gets it wrong, I have found that the first step to try, after adding a TIDAL album to your library, is to re-identify the album: 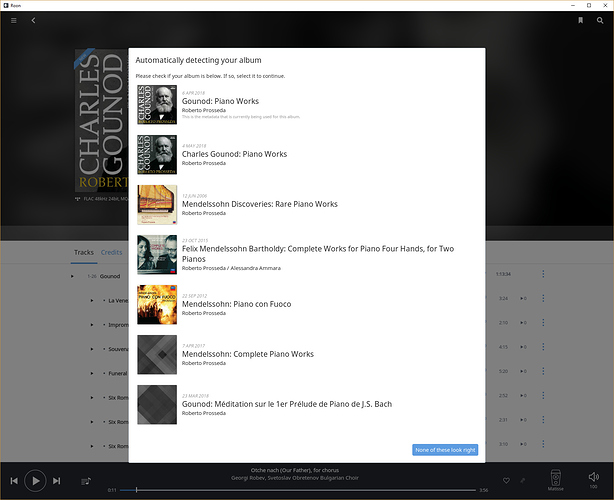 Choosing the second item in the list seems to get everything aligned properly: 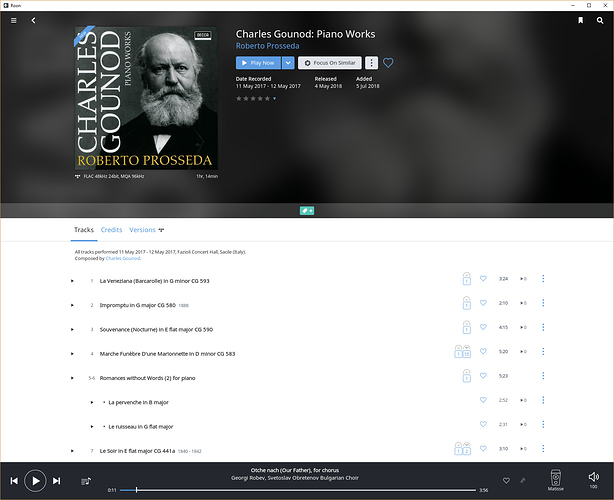