My Opera knowledge is almost zero apart from my Dad’s love of Gilbert & Sullivan and the aria highlights on compilation discs. If I wanted to try listening to just one all the way through any suggestions for one opera and a particular performance available on Tidal?
(I could just Google it but as I have experts on tap, so to speak)

The opera I always suggest to new listeners is: 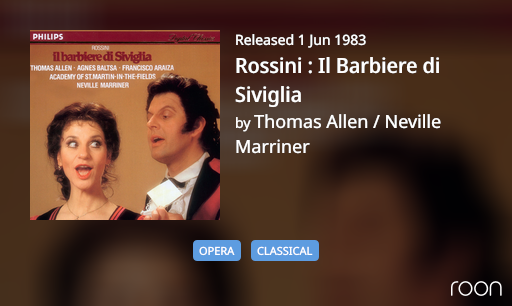 Also, Opera is as much a visual medium. So, if you can you should also try and watch it (not this version, but the Met has one On Demand).

Why? Because if you have ever watched Bugs Bunny you will know much of the opening Overture.

One of my favorites from Living Stereo classic catalogue.
Especially trk #2 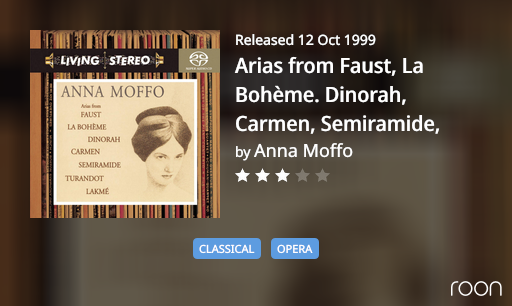 I think I have that

It’s a full on opera I was looking for.

As a starting point, I’d recommend something with clear, strong melodies, like Puccini’s Tosca or Turandot.

I think Mozart’s The Marriage of Figaro is quite approachable.

As a starting point, I’d recommend something with clear, strong melodies, like Puccini’s Tosca or Turandot.

If you have access to the BBC iPlayer there are three full length Live from the Met recordings currently available of Rossini, Wagner, and Mozart: 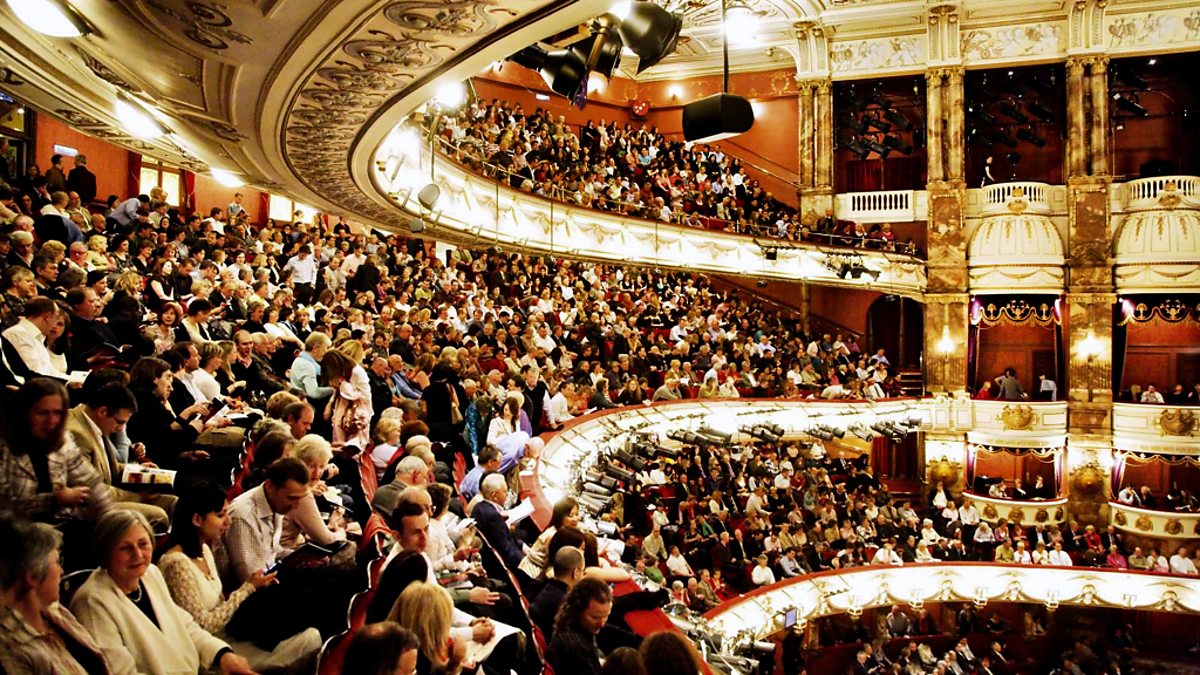 Available episodes of Opera on 3

They’re good as introductions because they describe the story in detail before each act, have very approachable analysis, and they have interviews with the cast in intermission. Enjoy!

Thanks the explanations would help.

Carmen. The music is catchy and popular, you’ll probably recognize a lot of it. The story isn’t bad either.

There was a movie version of it made back in the 80s I think. A good way to start. Placido Domingo starred.

It remains the only opera I’ve ever seen live (in Vienna), although I’ve watched other televised performances.

Oh dear - how to pick just one? I’ve got lots to choose from… Still, I would definitely second the suggestions of The Barber of Seville, Turandot and Carmen. Then there’s Madame Butterfly and Don Carlos, also favourites of mine. Perhaps, though, try Hansel & Gretel by the original Engelbert Humperdink (the version conducted by Charles Mackerras).

Othello and MacBeth by Verdi would also be great starting places.

If you want to try something more modern (and in English), you might want to consider Glass’ Galileo.

Never a better time to enjoy opera as during this quarantine, though this doesn’t involve Roon.

The Metropolitan Opera is streaming one opera a day for free in HD from their archived performances. This week they are doing the entire Wagner Ring series - not the best place to start, though. Go to metopera.org and look for “on demand”.

The Vienna State Opera also got in on this and are streaming their archives. https://operawire.com/vienna-state-opera-to-offer-daily-live-streams-from-its-opera-archives/

Since opera is visual as well as audible, like others above I’d recommend seeing it as well as listening to it. It also helps a lot to read a plot synopsis since 90% of the classic repertory is in a language other than English. (The classic Victor Book of the Opera is great for this, but most operas have synopses on-line now.)

I only saw this thread today, and while there are several excellent suggestions for someone wishing to start listening to opera, my recommendation would be to listen first to one of the greatest achievements of Mozart - ‘Die Zauberflöte’ (The Magic Flute). This is beautiful music and easy listening from beginning to end.

As to recordings of this very popular opera, I recommend the very famous recording from 1955, with Karl Böhm at the head of the Vienna Philharmonic and with great soloists. The principal role of Papageno is sung by the Austrian Walter Berry, and it won’t get much better than this.

You can find this recording on Tidal; I think it is very much worth the time spent listening to.

One last suggestion is to read through the libretto or at least a summary to know what all is about. I think it is also worthwhile to have the libretto at hand together with a translation while listening. Have fun! 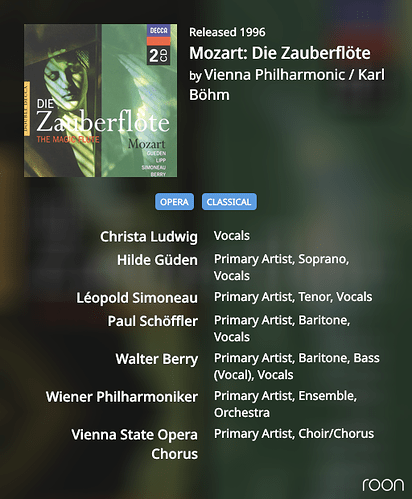 Your incredibly rich boss has given you and your wife to be an apartment in his mansion. You are really happy, because not only are you about to be married to a hot girl, but if you play your cards right your boss might even send you on a business trip to London. You are so full of yourself that you don’t really pay any attention to the hat your wife to be is trying on. So, she says, a little peeved, “Do you really think that boss of yours has given you the apartment because he likes you? It is me, your Susannah, he wants to take advantage of in the middle of the night, while you are in London you dolt”. And so one of the most wonderful musical and theatrical experiences begins, full of class struggle, comedy, fear, incredible music, cutting political commentary and great joy. And very pertinent in these MeToo times. Either watch it on video or if you listen to it make sure you read the words. 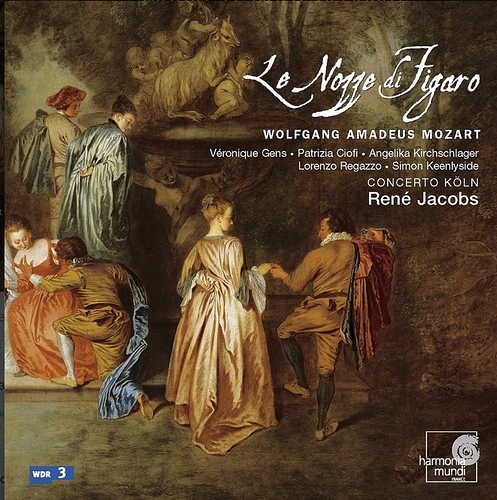 Don’t make the mistake that’s I made. Back when I first wanted to learn what opera was all about I randomly picked an LP set of Electra by Richard Strauss. While I learned to love the opera later, it was not a good first choice since it can sound pretty insane to an untrained ear. I think that it is really important the first time or two to see the opera visually so you can build a mind stage of how opera is performed. There are a lot of free ones on YouTube. My recommendations are as follow: La Boheme for great music with very accessible characters and motivations or Turandot for spectacle of opera at its finest. Another option that you might want to consider is to start with a funny operetta. Try Roxy und ihr Wunderteam, a recent revival, or the ever popular Die Fledermaus. You can find a lot of very good and free operas and operetas on YouTube under OperaVision.

It is certainly true, as @Jorge_Espinosa says, that an opera is meant to be seen as well as heard. So perhaps @ged_hickman1, you need an introduction to opera via the visual medium in addition to the aural.

The suggestion of Operavision on YouTube is fine, but the productions are often of “modern” opera, or ones that appeal to those who are already committed opera lovers.

My suggestion would be to try Kenneth Branagh’s version of Mozart’s Magic Flute - which gives jaw-dropping visuals to Mozart’s magisterial music.

There was a BBC broadcast of the 2019 Glyndebourne production of the Magic Flute that was also very good visually - perhaps that will return to being available on iPlayer, and it is well worth seeking out.

Is it easy to find libretti with the original and a decent English translation side by side online?