Organizing by composer and roon

Hello, I use Yate to correct any metadata issues when ripping CD’s to import into my library and find that even though an Alfred Brendel album is correctly labelled in Yate as Bach, J… etc, Roon lists it as Brendal plays Bach when listing by composer.

I suspect Roon is using it’s database, an incorrect one, which overrides mine. How can I insure the program will default to my metadata when it is the correct one?

I checked the metadata with Yate and the composer is listed as Bach, et.al, but Roon is listing Bach in a few variations for a number of albums… Jacques Loussier’s brilliant jazz interpretations on on the Golbergs, etc.

I may be doing something wrong but question if the metadata that Roon is drawing from is weak on classical. Unless I’m a complete dummy which is often the case.

@wdw - please post this in the Metadata category of the forums, where it will be picked up and dealt with by @joel who is a Roon guy, rather than just one of us users.

Also, please give more detail on which particular album(s) Roon gets it wrong. Thanks.

please give more detail on which particular album(s) Roon gets it wrong. Thanks.

Can I reiterate this. You need to be much clearer and more specific about your problem, preferably with screen shots.

There are plenty of experienced classical users happy to help!

I’ve shifted this to Support/Metadata and Joel will see the above flag. Can you provide some details of the album, and perhaps a screenshot ?

In Roon at the moment you can tell it to prefer metadata from your own file tags for selected albums, but you can’t set a default to do so.

You can multiselect albums (right click/long press) and a top left menu will appear with a select all option. Then Edit/Metadata Preference and you can set preferences for one album, or your whole collection.

I have a related question on how Roon deals with composers in the search function. Specifically, all my classical pieces are tagged with composer last name, composer first name, dates – e.g., “Barber, Samuel (1910-1981).” 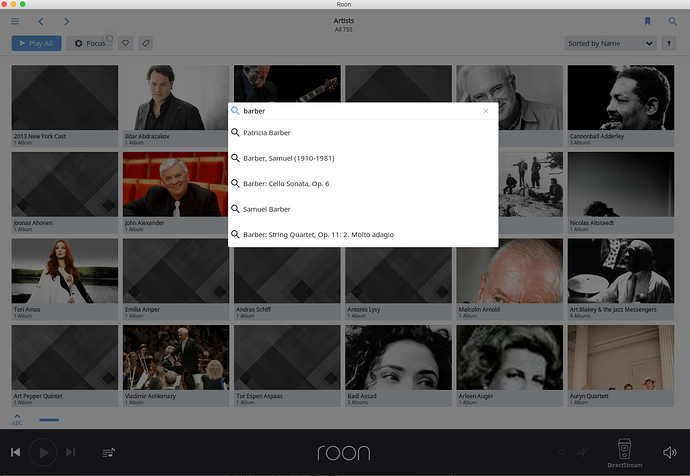 If I choose the former, all four albums with works by Barber are displayed: 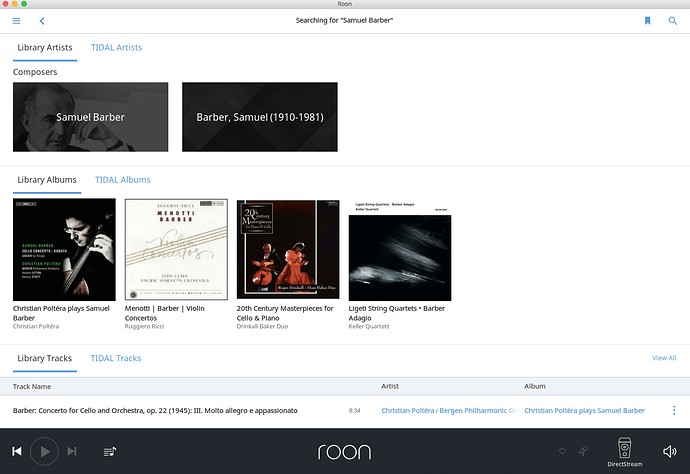 If I choose the latter, only two of the four albums with works by Barber are displayed: 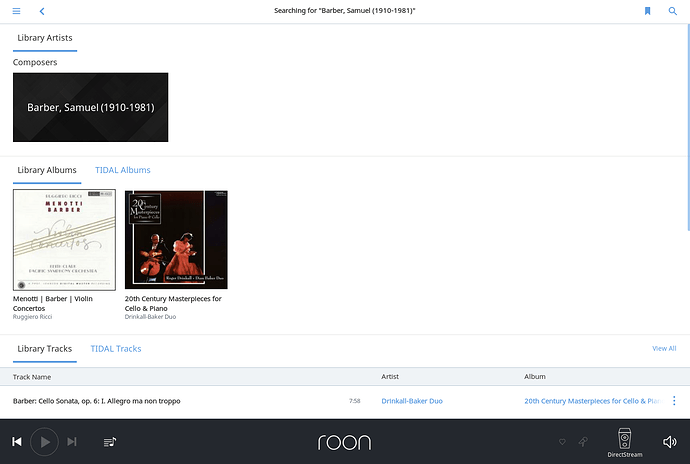 I have checked the metadata on each of the four albums, and the composer information is input identically.