HI. I have a Nucleus+ connected to an gigabit ethernet network. The nucleus has a 2tb internal storage SSD drive installed.

I had hoped to use my Synology 1511+ NAS as a source. The Synology is connected to the same ethernet network through a gigabit ethernet switch.

The roon nucleus can find the NAS and the shared folders. But it has extreme trouble scanning the files on the NAS. It indexes at most one new album per hour. It also won’t let me stop the scanning of the shared folder – just shows a spinning symbol and I cannot remove the NAS as a shared drive. After hours of trying to tweak this, restart all devices including the NAS, the nucleus plus, my room remote, etc., I gave up and reset the nucleus to start again.

This time I formatted the internal SSD drive and tried copying files from the NAS to the internal drive. This is working, but the speed is glacial. For the 13k tracks on the NAS, a total of 500GB, my Roon remote shows an estimated time for copying the files at more than 20 days. I’ve been letting it run for 12 hours now and it has copied about 200 tracks, about 8.5GB worth of data. Only 490GB left to go!

Do you have any suggestions for how I could diagnose why the ethernet connection is so slow?

Alternatively, is there any other way to connect the Roon Nucleus+ to the Synology NAS? The Synology does have USB connection for additional storage so I don’t know if some kind of direct USB connection between the two devices could at least allow for faster copying (I’d have to rearrange things considerably to do that because the Synology is not located in the same areas as the Nucleus+).

After hours of trying to tweak this, restart all devices including the NAS, the nucleus plus, my room remote, etc.

why the ethernet connection is so slow

I think you are correct that it is the ethernet is slow. Few things I would try.

When you power cycled everything, did you power cycle the switch and router?
Update the ethernet drivers to the latest.
If you can, try replacing the patch cables between the Nucleus, switch, NAS. You can use just 1 to cycle out.
Do you have these setup with a Static IP?
You can also eliminate the network completely and use a external USB hard drive with only about 50Gb or so on the Nucleus just to see how the Nucleus performs.

Hope this helps. If not, move this over to the Support thread and reach out to @ support.

While you still should figure out if something’s wrong with your network - which I don’t have any idea about - you could temporarily mount the Nucleus+ share inside Synology’s File Station and initiate the copy process from there and check if that’s faster: 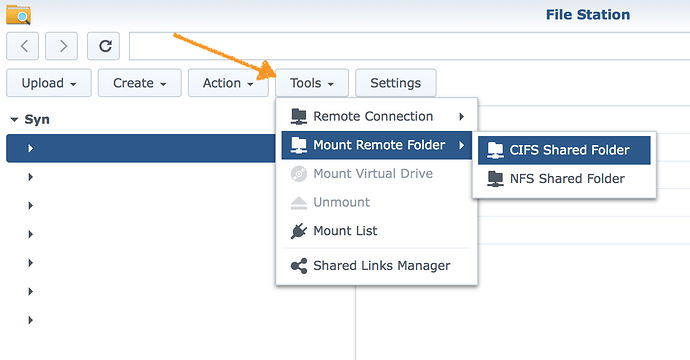 Also, check the SMB settings for the Disk Station (Control Panel > File Services) - maybe a screenshot of the advanced SMB settings could give a clue if there’s something to change.

Thanks, Mike. Trying all this.

One question is the computer you are performing the copying from on wireless?
Then you are transfering the files wireless from NAS to Nucleus which is why it is slow.