I checked skipped files, all that was in there was 2 png files from another album I purchased from Qobuz.

also Do I have to physically have the iTunes music files on my hard drive, or would it sync the files I have added to my iTunes, library for cloud playing. 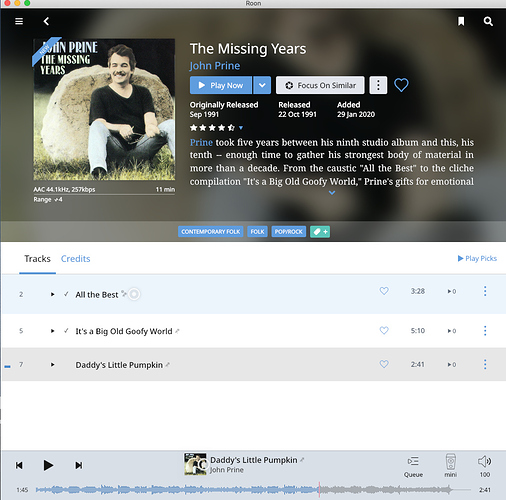 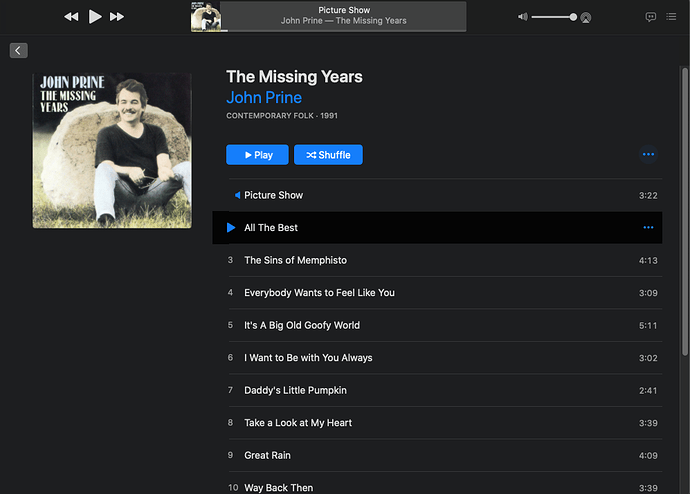 If you search for these tracks by path do they show up?

Hi James. Is it possible that part of the album pre-dates when Apple switched to non-DRMd files? It looks from your screenshot that Picture Show is a “protected MPEG-4 audio” file, which Roon won’t be able to read, whereas All the Best looks like a current-format Apple audio file. (I have several of those albums from iTunes as well, and it’s really frustrating because they were versions of the album that aren’t available anymore, so even if I re-buy them I can’t get all the same tracks, anymore…)

PS - The Missing Years is a great album.