Hi, @Lloyd_Borrett, could you please provide som screenshots of what you are seeing, please?

The pic for the album cover is wrong. I haven’t scanned in the correct one yet.

I have the 2012 Deluxe Edition. Roon has one set of data out of 13 versions of Ram that match it exactly. There are also other 2012 versions in the list. One of the additional versions listed is Ram Mono.

Can you go into Roon “edit” for the album and ask it to identify the album? Is there a 2012 version there that matches yours when you scroll through them?

Is there a 2012 version there that matches yours when you scroll through them?

No there isn’t. I get four options and none of them match. 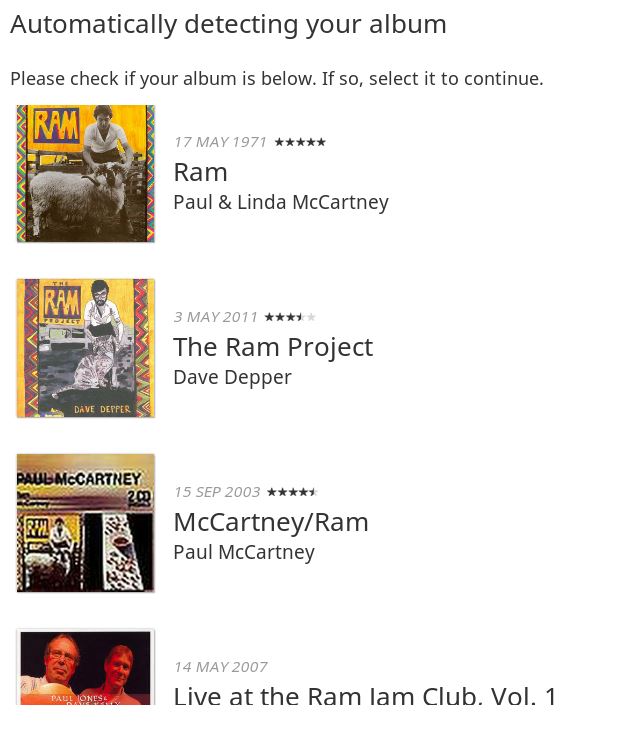 Click on the first one. When I do that I get 13 versions of Ram to choose from. 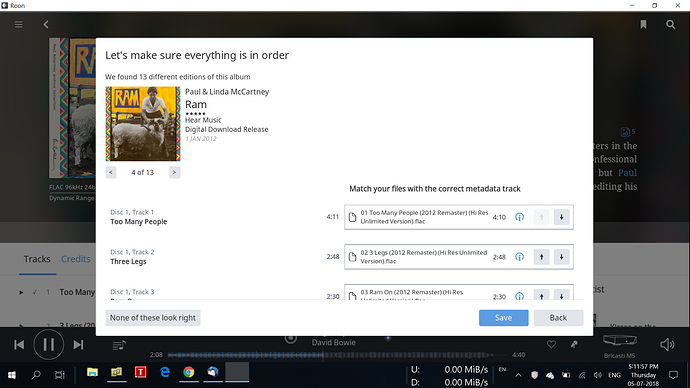 Thanks @danny2. You learn something new every day. I wasn’t aware each of the high level versions could have muliple versions below them It would be nice if there was an indication of that at the higher level.

I’ve picked one of them because it’s a better match. However, most of the 2012 options seem to imply they’re double CD releases and mine is only a single CD. Thus this release seems to be missing.

It’s very easy to get a little lost in Roon. There’s so much there and some is “hidden”.
My general approach is to always click on everything and see what “pops up” .
You have the single CD release? Odd there isn’t a match to that.
Usually the weak point of the database is that download versions aren’t there, especially hi-res ones.