PC not retained as output device[RESOLVED]

I am running ROCK NUC as core, and I have a windows 7 PC in addition to a number of BluOS endpoints. I downloaded Roon Windows 64 bit onto my PC and chose the ROCK NUC as my core. However, the PC did not show up as an audio endpoint itself. I then downloaded Roon Bridge, and sure enough, my PC then was identified in the Roon app as an endpoint and played back without issue. The only problem is after I power down my PC and restart the computer, the PC is again missing from the audio endpoints and I have to uninstall the apps, reinstall them and start the process over in order to playback through my PC. Please help.@support

I moved this into the support area.
When you start ROON on your PC an go to setting/audio in the “Connected to this PC” is there anything showing up? If so, have you enabled any of the entries? Also, make sure to check if the output is private zone or not. It should not be private if you want to control it forma remote or group it with other zones.
Here’s a couple screen shot of where to look. 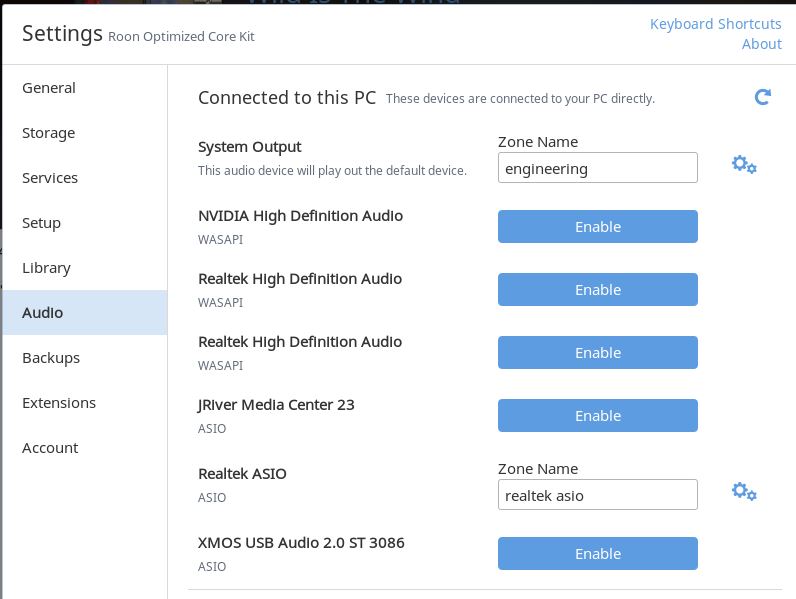 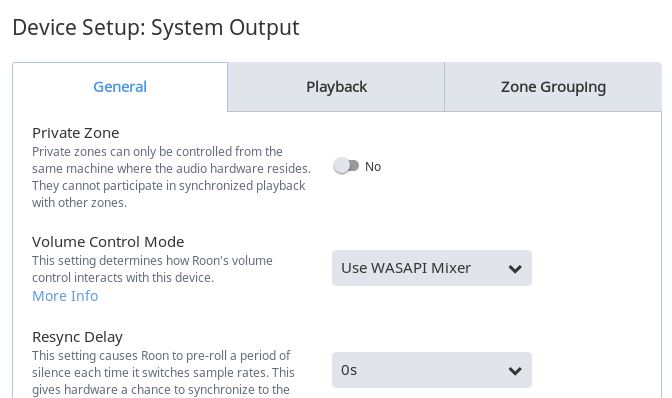 You also need to click on the roon bridge icon and check the run at startup option, or words to that effect.

correct me if I am wrong here but ROON bridge is part of the windows 10 ROON install, so he should not need to install a separate instance of ROON bridge, right? Or am I missing something?

Well one or the other has to be running and roon does not run at startup nor does it have an option to do so like Roon Bridge does. So either when you reboot the pc you have to run roon, or setup auto run for bridge. You can still run roon as a remote with bridge running in the background.

ok, I actually have roon auto starting when I start windows. so never have had to deal with bridge.

I use Norton start-up manager to set it to start with windows.
If you check in the task manager startup tab you might see the entry for roon and see if it is eneabled or not. 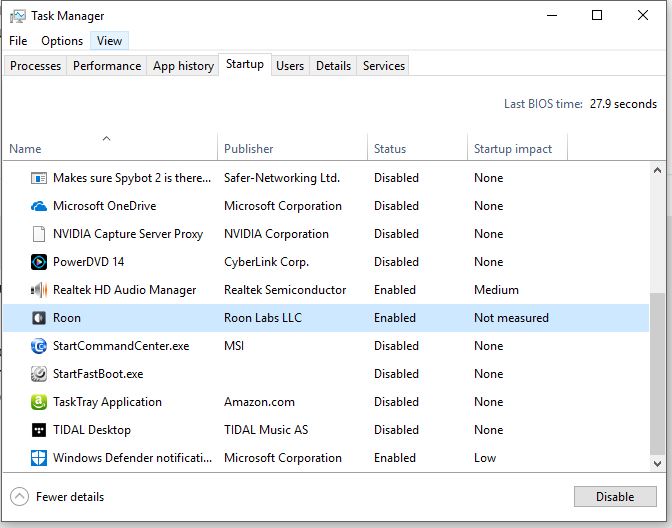 You’ll need to have either Roon Bridge or Roon running to play to the PC.

Installing Roon Bridge means the PC’s outputs are available whether the Roon remote on that PC is open or not – you can just open Roon as a Remote on any device on your network, and you’ll always be able to play to the PC, even if Roon is closed.

In short, if you want that PCs outputs to always be available after you restart, go ahead and install Roon Bridge.

All good after Windows Firewall turned off. Thank you!@support

Glad to hear that, @Avrom_Gart, hope there won’t be any trouble further,so you can enjoy listening to your music collection!

Er, I trust that you’re not going to leave the Windows Firewall turned off? That would not be a good idea.

The suggestion to turn it off is only to see if that was the cause of the issue. Now that you have established that it is, you need to tell Windows Firewall to let Roon traffic through the firewall. This should have been done automatically as part of the installation of Roon, but it appears that it did not happen on your PC. You can add Roon to the list of allowed apps via the Firewall’s control panel. 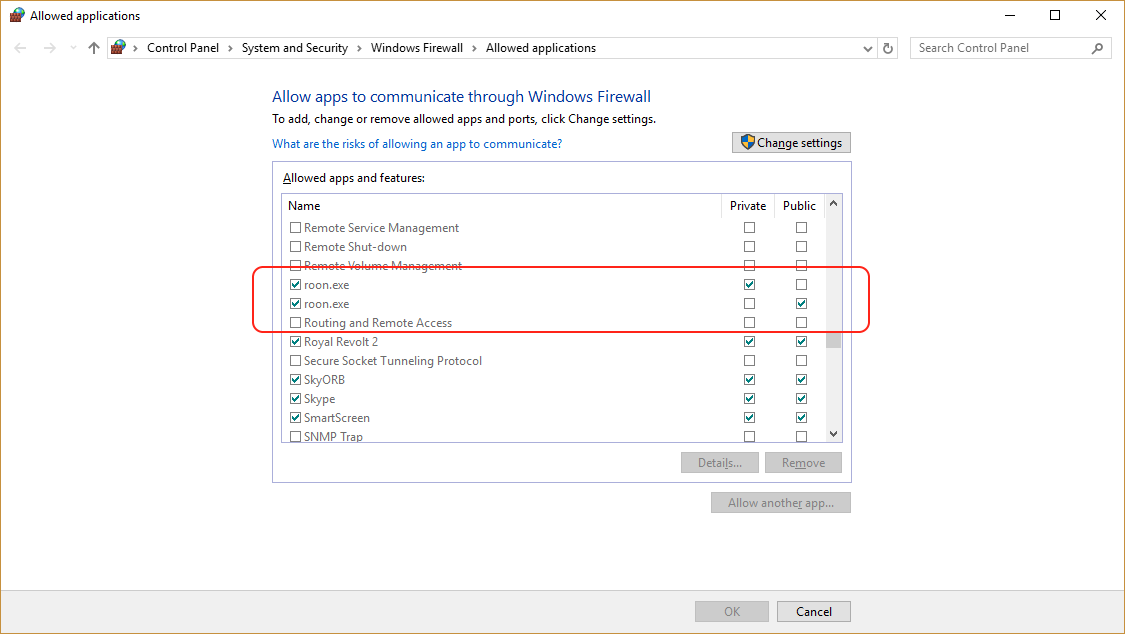