I’ve been updating some of my albums with a more complete tracklisting for the past month and noticed that none of the accompanying artwork is being linked in the album cover view. Unmodified albums with artwork are still showing correct links.

I’ve tried re-importing the albums, Re-Scan Album in Album Editor, Force Rescan in Settings, Clear Image Cache in Setup Settings. Just for grins, I erased, rebuilt and reconnected one of USB SSD’s that is attached to the Mini as Roon storage. Unfortunately, no dice.

Hello @Dave_Heiber, and welcome to the community! Let’s confirm your steps and go from there:

In this image, I’ve stuck a PDF next to a track in one of my watched folders. You’ll want that PDF in the album next to the tracks.

Since I just added that, I forced a rescan of my watched folder and I see the PDF option here in Roon under that album.

Clicking on that PDF option displays a smaller window where i have the option to view the PDF. Is this how your PDF’s are set up currently and you’re just not getting that PDF button? If so, let me know and I’ll get a copy of the PDF and try it on my side.

Thanks for checking into this. Followed your steps, still not seeing the link. The PDF is 20 MB. Please let me know how to send it to you if you want a copy. This problem occurs with a number of album booklets, all fairly large files.

I believe my environment is different than yours:

Hey @Dave_Heiber, go ahead and upload one or two of those PDF files here and I’ll try them on my side.

This is still broken after the update to 571.

I’d like to escalate this issue as I have not heard from you for a week now. Please provide a support ID. Thanks.

Hello @Dave_Heiber, my apologies for the delayed response here. I have tested these PDF’s on a few different albums in different watched folders and I was unable to reproduce the behavior you’re seeing. I have a few alternatives for you to try as I discuss this issue with my team:

Hello @Dave_Heiber, thanks for your patience while I research this issue. I’m going to escalate this issue to our QA team for a deeper look. One of the items they’ll ask me for is a detailed description of your setup, which you provided in your first post. Are there any other relevant systems at play in your network? Thanks again for the information and I will be in touch after I discuss this with the team!

Thanks Nuwriy. I don’t believe there any other network factors we haven’t discussed.

Again, I have yet to hear of any updates to the status of my issue. I am open to a phone call if that will help to clarify my problem with the apparent failure of the Force Rescan feature. Thanks.

Hello @Dave_Heiber, our QA team attempted to reproduce this issue a few times in different ways and were also unable to. Could you please upload a video or list the steps you’re using to modify the album? For example, how you’ve added tracks to your folders, if anything gets renamed in your process?

Also, could you please try disabling the “Show hidden tracks and albums” option under “Settings > Browsing Preferences” and see if you’re able to get the PDF’s to show up where you’re expecting to see them? Thanks!

Showing hidden tracks had no effect on the problem. Shouldn’t I expect the Force Rescan command to work in this scenario? I’ve attached screenshots and a spreadsheet showing all problem albums and three additional albums that are working correctly. I’d like to provide you with one or two of the albums for testing. 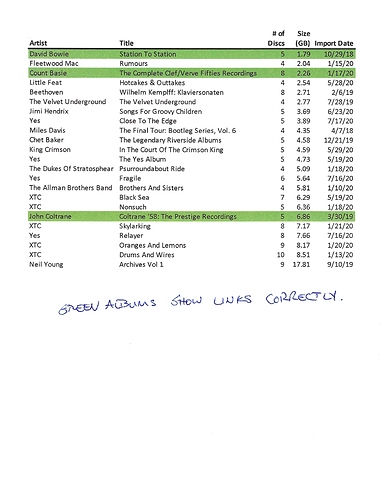 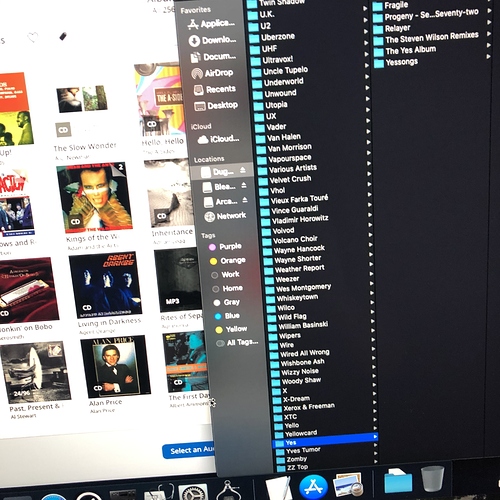 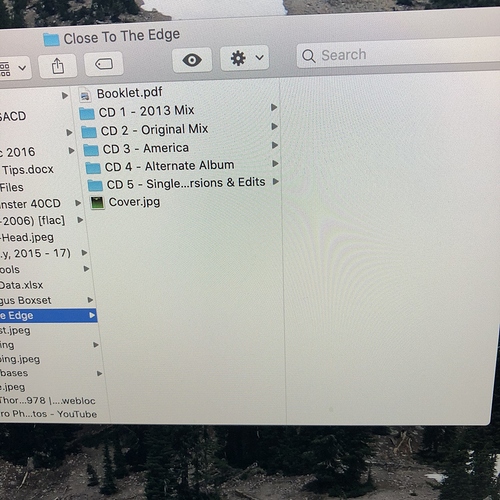 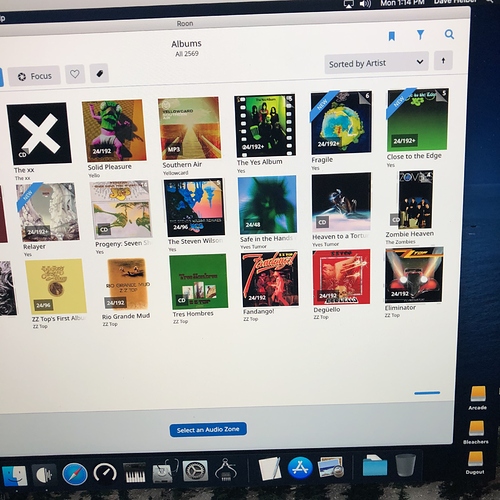 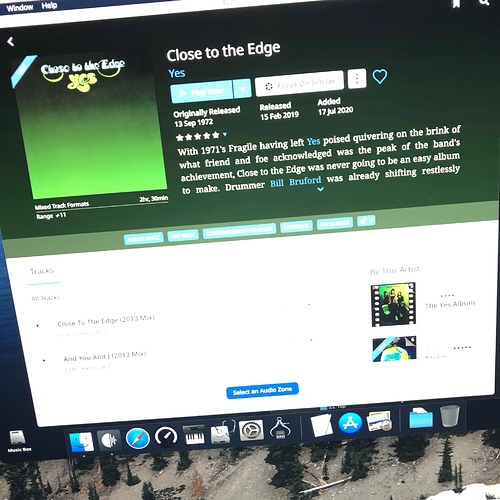 Did you merge the individual discs (I can’t see the Disc 1, Disc 2, … listing that is usually shown for multi-disc albums)? If Roon thinks that this is a single-disc album then the pdf file needs to be a level down in the “CD 1 - 2013 Mix” folder (for your last screenshot). But I also can’t see the versions tab though. Seems like there is something strange with the way Roon recognizes this album.

Yup. And Yes. All were merged after being initially identified as separate albums. Thanks for the solution.

Doubt this is a widespread problem, but I’d suggest that you guys bump the algorithm for locating artwork up a directory (always? or after recognizing the merged album state).

It might help if you could follow the advice given in: FAQ: How can I ensure multi disc sets and box sets are identified properly?

Or properly deal with them as (different?) versions/variants of the same album. You might be able to find some tips in the knowledge base.

As @BlackJack says, rather than try and merge these albums into a faked “boxset”, you’d be better off treating them as separate albums that are versions of each other. See this KB article in particular.

Edit: it appears that these Yes albums are in fact a 5CD boxset - my mistake; I thought they were just different releases that could be grouped into a collection. See my later post in this thread…

Yet another case for the growing chorus asking for improved box set management!

Well, no, it’s not quite the same use case. Boxsets are different from a collection of releases of an album. However, I do agree that boxset management needs to be improved. Perhaps one day…

You’re right if we’re going into semantics and getting more specific about it. The idea is the same however. There are also threads about adding some kind of collection or grouping feature to Roon - some of them from me

The overall theme is of better management of albums that are grouped or released together in some way.