I’m not sure where this is coming from. 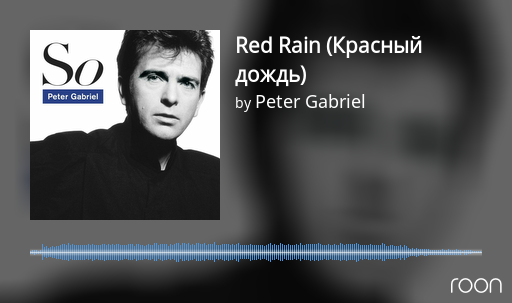 It’s not in the file tags … 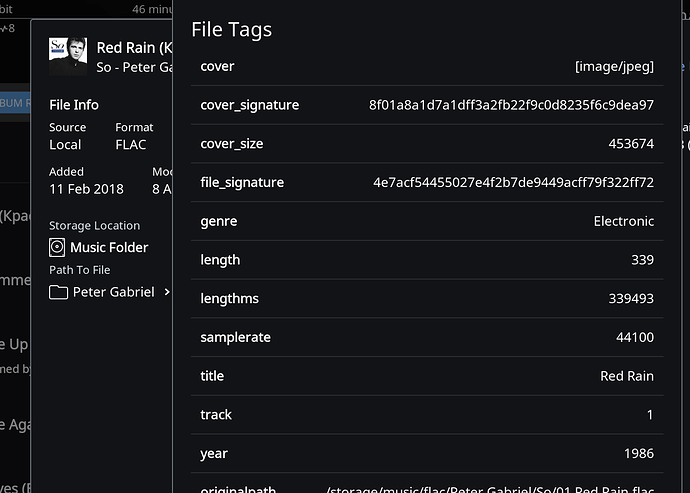 You or Roon may have matched this to the wrong version of the CD. Edit/re-identify the entry and see if any different versions are available to match.

That’s “Red Rain” in Russian … красный дождь … and I can see this on my copy too. I have Prefer Roon set. 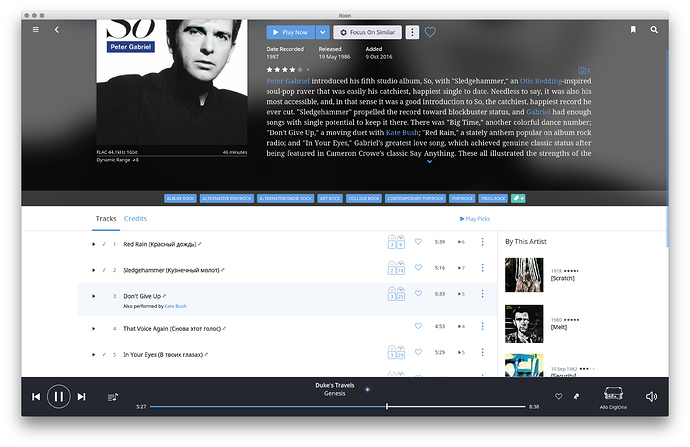 Mine is the 1986 Geffen CD released in the US. Closest match is this one. 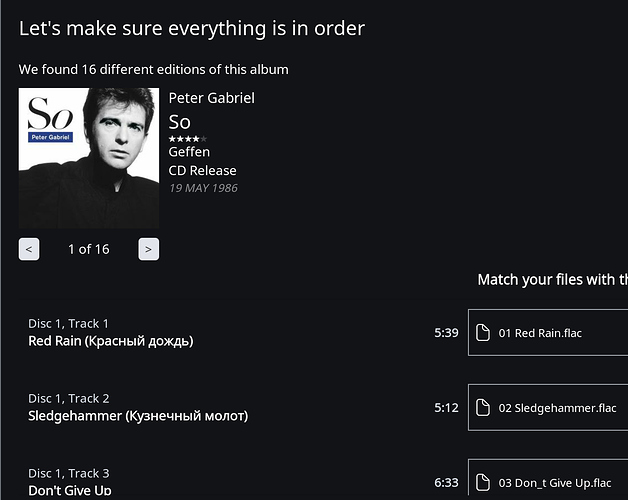 The next one is a vinyl release, also with Russian in the titles. 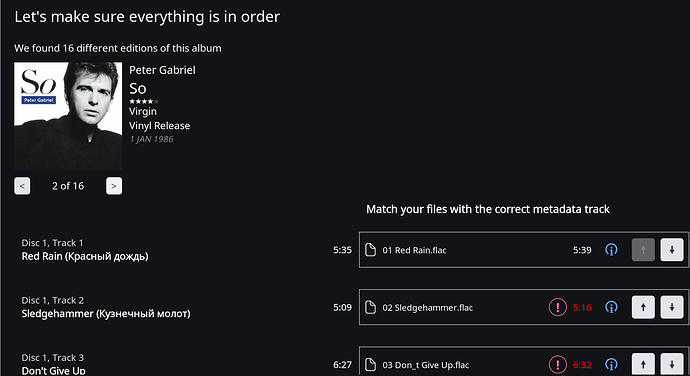 I ended up going with a 2002 CD release for which none of the track lengths match but the rest is OK. I thought mine was a fairly mainstream CD.

My copy is matched to the 2012 Real World remaster edition, which has no Russian writing anywhere.

Oops - I see this has now happened to my album as well. The Russian bot factory appears to have penetrated Rovi?

I have the original UK release and Roon only associates this with this release: 224088, 720642408827. That looks like a North American version so it shouldn’t have Cyrillic titles too.

This must be a recent change as my various copies never exhibited this before.

Same thing happened to me. I matched it to the 2012 Real World release and reordered the tracks so they’d match the order on that one. It’s a bit odd, but it doesn’t bother me all that much.

Hi everyone, we’re aware of this problem. Obscure release messing up our system.