I have a CD on Helios of Paul O’Dette playing Ancient Airs and Dances, mostly on the lute. 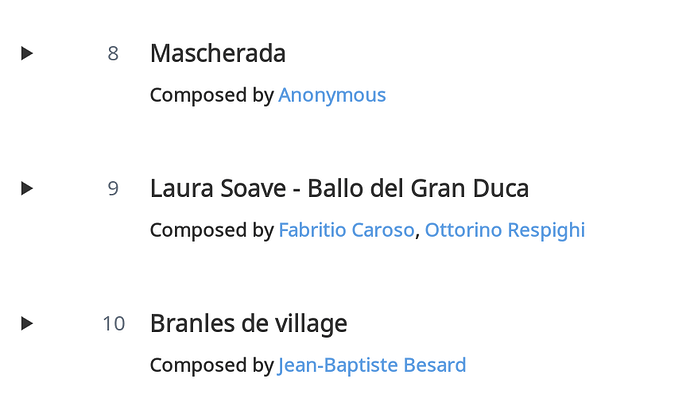 Respighi is not in my metadata. I unchecked his entry in the credits, but the reference persisted. 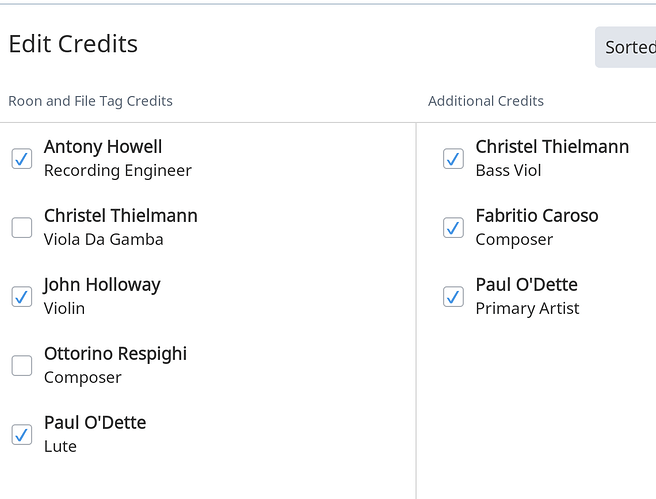 @support, this looks like a small bug. There is a musical connection. Respighi arranged the compositions on my disk for orchestra. But these are the original compositions, not his arrangements. It seems that Roon is connecting him to the one track anyway and won’t let me delete the connection.

Hi @Esskay. Roon has picked up some inferior metadata from MusicBrainz here. If you try manually re-identifying, you’ll find some much higher quality metadata from Rovi.

Enter the artist and album as I have done below and the top hit is spot on.

Thanks. That did it. But shouldn’t I be able to remove the composer manually?

Is that the Album Credits or Track Credits in the screen shot?

Track Credits.
One of my pet peeves is that the user should always be able to override Roon’s metadata. In this example, unchecking the composer didn’t remove him from the track listing.
-sk