P.S.
I considered to resell roon - but after all described issues, I really can’t - it would be a shame on me, to make someone “happy”

FWIW, this looks like a really bad error in the Tidal metadata, so not so much a defect in Roon. Fixing this in Roon, however, seems beyond my capabilities. Maybe @joel can help?

Just edit the album, uncheck Schiff in the Primary Artist Links, and replace the name in Album Artist. 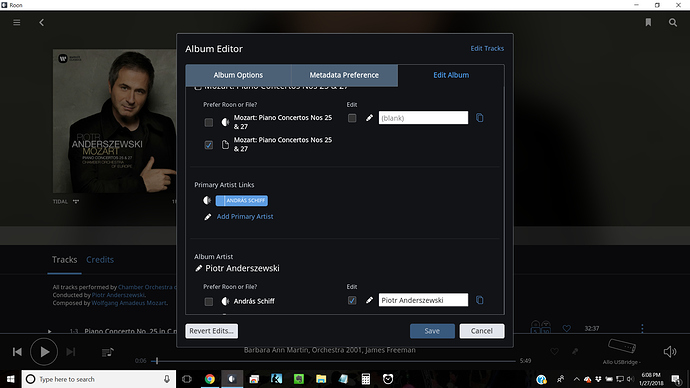 I did all that (and more), but Roon still can’t identify the album. It still seems to think that Schiff is involved. 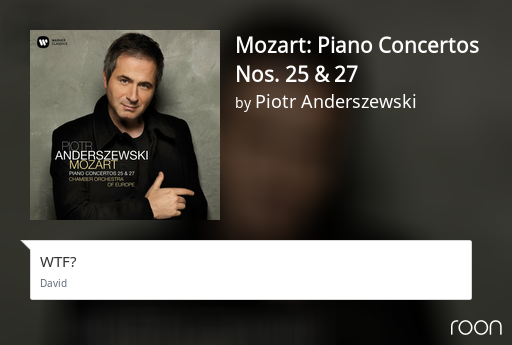 All I can say is that after taking the above steps, the album in my library is Schiff-free.

Is the album identified?

Clicking Edit Album then Identify will bring up a screen showing Schiff albums. Then click "None of these look right: in the lower left corner and the correct artist and albums will appear. 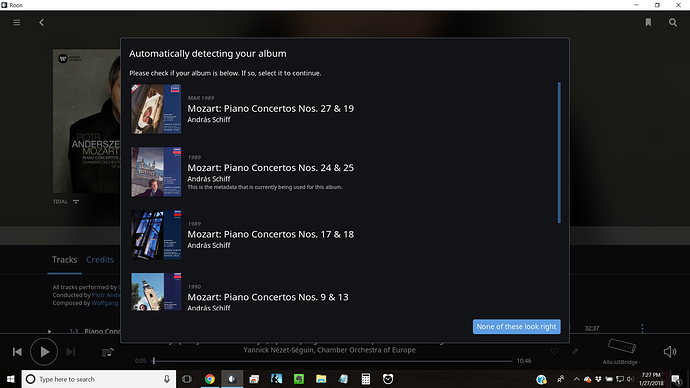 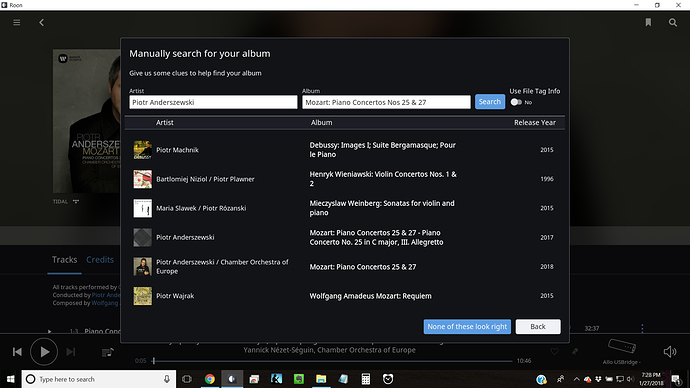 Can’t figure it out. In apparently the same circumstances, the correct album doesn’t show up: 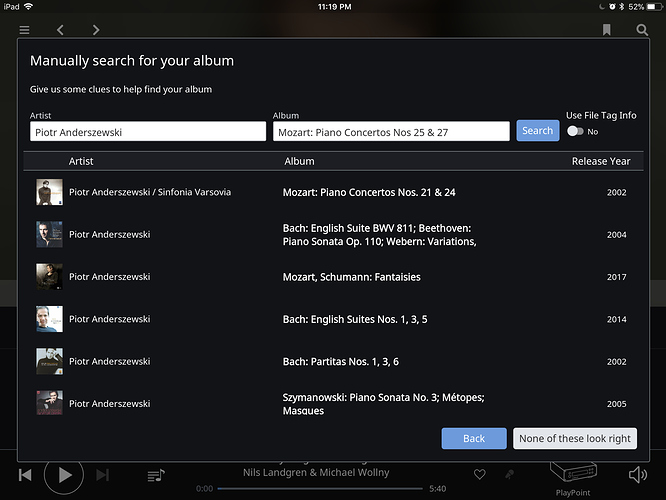 Edit: Figured it out. The “Piotr Anderszewski / Chamber Orchestra of Europe” in your screen shot was the clue I needed. Also, I should probably learn to try to scroll down, even if there’s no visual cue that there are more rows out of sight. Bunch of Schiff.

Hey guys, this was a “simple” equivalence error on our part which I have now corrected with an edit. Normally, this would automatically update your library within a week, but it won’t if you’ve manually identified. I’ll let you know when the better metadata is available.

How do we undo our handiwork when the good metadata is available?

You probably just need to re-identify as I think this overrides all edits.

The edit is live.

I had to delete and re-add the album to my library to get rid of the András Schiff references (re-identifying didn’t work), but now they’re gone.