When waking iPad from sleep, with Roon now playing panel in foreground, the player controls area at bottom of screen are missing. That area is blank. Closing the now playing panel and reopening it restores the controls.

Start a track playing.
On iPad, open Roon and open the now playing panel by tapping at bottom of screen.
See the player controls: 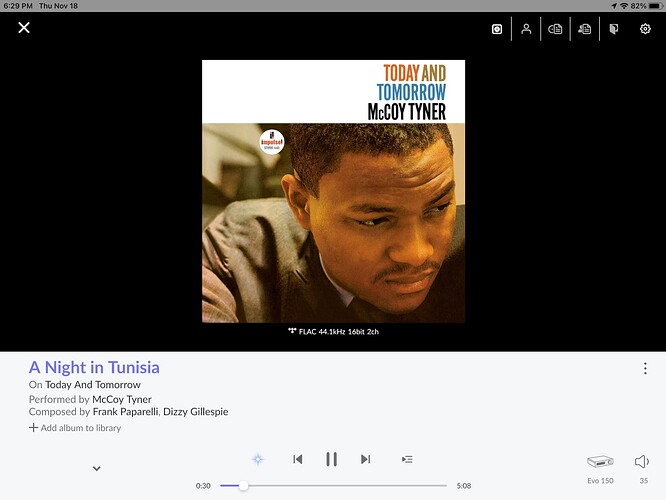 Sleep iPad by pressing power button briefly or by closing the cover.

Roon reopens, but player controls at bottom of screen are not rendered. That area is blank: 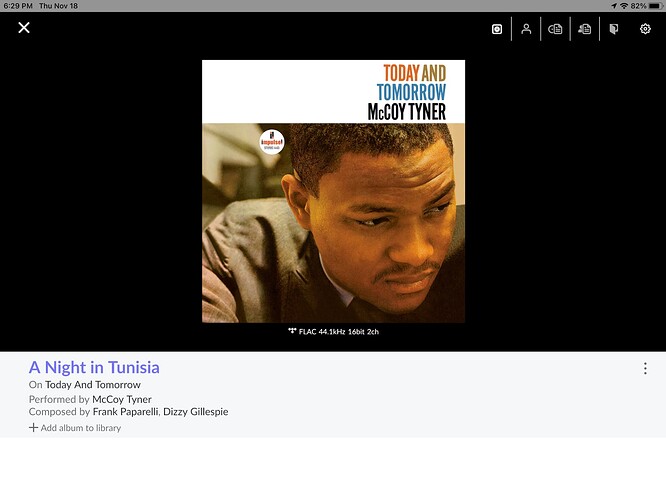 Problem occurs every time IPad sleeps or when switching apps, while Now Playing panel is in foreground.

Problem occurs in both landscape and portrait orientations.

Problem does not occur on iPhone.

Sounds very similar to an issue already reported some time ago: