Pop compositions not being identified

I find that genres other than Classical (Pop, Jazz mostly) often don’t have a composer tag set. At first I just assumed rovi wasn’t populating that. But in many cases it just looks that way as the threshold for displaying composer is more restrictive in roon for pop/jazz than classical.

I have pop albums where composer is set but the tracks are not being id’d as compositions. For example, in this 80’s compilation, all the composer tags are populated but I am getting no match with identically titled compositions on other compilations: 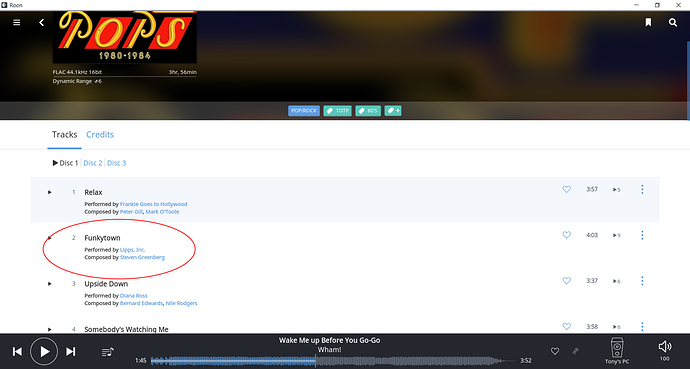 I have 3 other versions of “Funkytown” apparently but this one is not grouped with them: 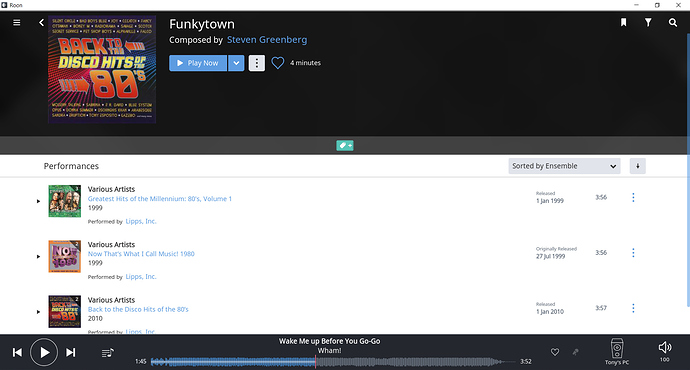 Is there some other tag besides title and composer that I need to set to get a composition id more consistently with pop music, or any other genre than classical for that matter?

Can you confirm that this album has been identified? You can ID an album by selecting it, going to Edit, and selecting Identify Album.

Thamks for taking a look at this.

With this particular album I get a 100% album match but a 0% composition match. All the composer fields are populated. I didn’t check the spelling of each one (it’s a 59 track triple album), but random selections look good: 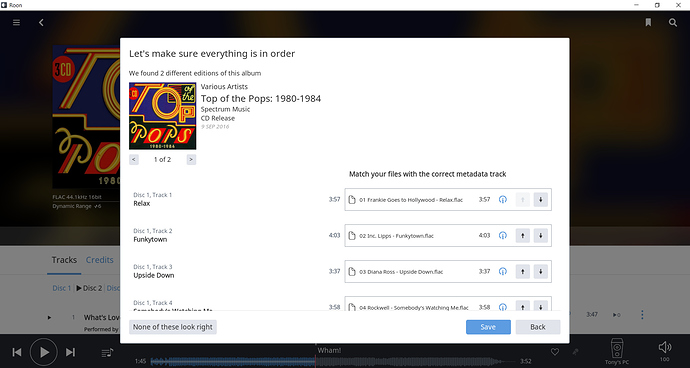 Thus is a particularly marked example where there isn’t a single composition ID. But I get it on other albums as well where some tracks get a composition ID and others do not. It doesn’t seem to matter if I align track title spelling and composer credits with another track that has been ID’d.

@joel, I have found something for you.

Edit / Sorry all, I should have addresed this to @dylan

I was noticing similar behaviour with Classical. It is very hit and miss and I see no particular pattern but sometimes the only way I can get a composition id is if I copy TITLE into WORK. I often have to do this for single part works (not just multi-part). So I tried that with this pop album and it worked. Now I get a composition id on this version of Funkytown: 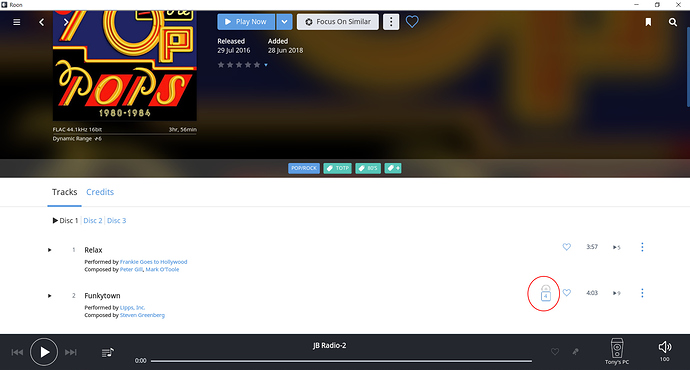 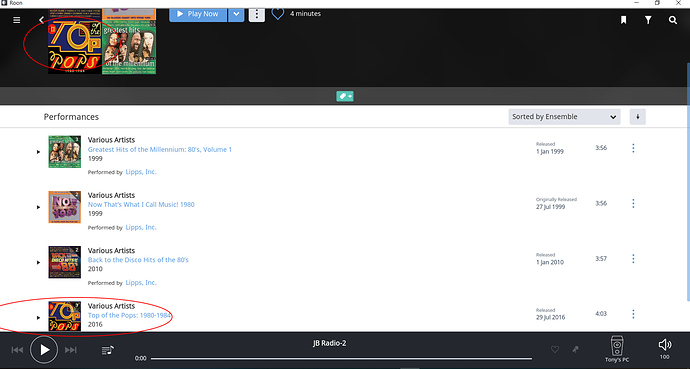 Unless my roon is behaving differently to other roons it seems that currently the only way to guarantee a composition id is that the WORK tag needs to be globally populated and maintained. I don’t think this is practical for many roon users. To be honest, I thought it was very strange behavior in my Classical library and a real pain but I did not raise the issue because I seem to be constantly editing WORK/PART anyway.

Can this please be addressed? IMHO, Identifying rarities and often little played versions of compositions in your library is a lot of what roon does. It is great to create interesting playlists with versions you wouldn’t otherwise know you had without roon because you had forgotten about them or they are hidden away in the corners of box sets. Radio must benefit as well. It would be nice if radio queued up unfamiliar covers and little played versions from your library. I cannot see how any of that will work if roon is only partially identifying compositions.