Is it possible to edit the aka info? Here’s an example of an incorrect aka. 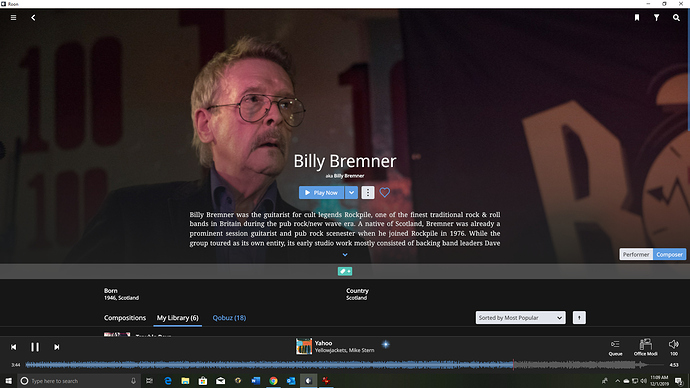 The correct aka for Billy Bremner is Billy Murray. Also, in cases I want to add an aka, I can add it to the name, but it stays in the same font as the name not the smaller font of the aka.

I found that you have to edit them on MusicBrainz, because that is the source of the “aka” information in Roon.

Thanks Marco. I have a membership, but I don’t go there often. I’ll check it out.

The tag you need to edit is “Performs as” under relationship menu.

Is there no way to edit / add / delete an AKAs from within the Roon UX?

And I noticed another problem with akas. When you search for one of the two names (either the original or aka), the search doesn’t seem to be picking up any albums from the other name. This isn’t correct, regardless of which name is searched for, all releases that include either the name or the AKA should be shown. Only way I’ve been able to fix this is making sure both names are included as primary artists or both are included in credits which kind of defeats the use of an AKA…

pinging @support for some help here.

You can add the aka to the display name but it’s not the same as an aka metadata tag. 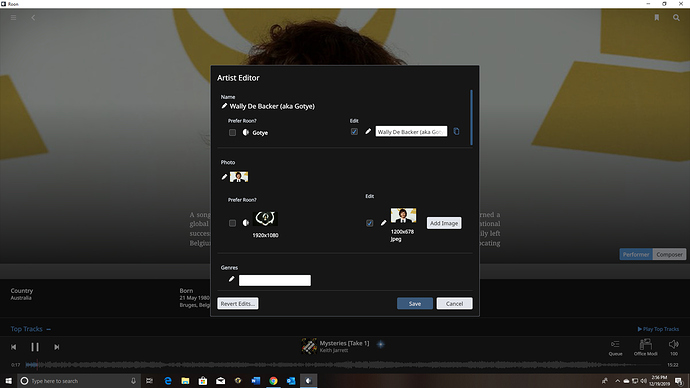 Ah. So that’s why it’s not searchable.