Potential bug: Folders with same name/different capitalisation mask each other

In my setup (Win 10 headless, Synology NAS, SMB 3), whenever I have two folders with the same name but different capitalisation (such as ‘Architecture in Helsinki’ and ‘Architecture In Helsinki’), only the contents of one are picked up by the Watched Folder routine. This leads to missing files in my Roon library.

I’m glad to provide more information if this is considered a bug.

How do you create two folders with these names in Win10? 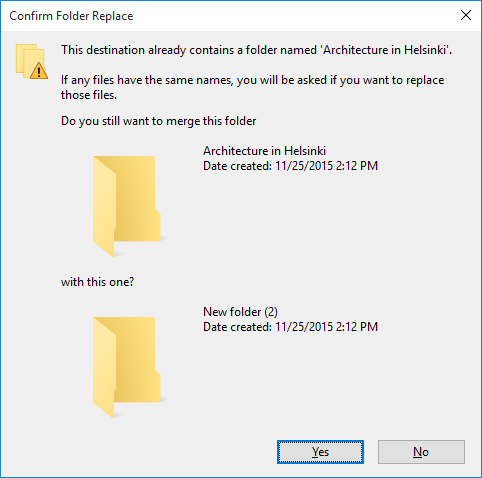 Sorry for not being more specific to begin with.

The filesystem that holds all audio data lives on the Synology NAS and is actually case-sensitive, thereby permitting operations such as 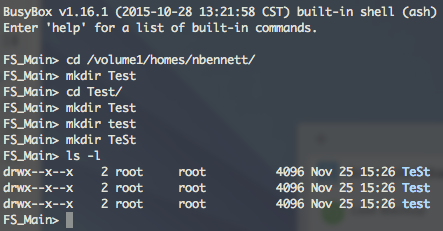 Win10 hosts the RoonServer instance that fetches files from the NAS.

Ah…OK. I notice I can also create similar folders on my Synology units. Win10 can show them but not create them.

I’m glad to provide more information if this is considered a bug.

Good catch @nbenn! I’m going to try and reproduce this here as well (although it sounds like @ncpl has already confirmed the issue) and then I’ll discuss with the team.

Hi @mike, I tested the folders only and not the interaction with Roon. (Just FYI)

Is this not an OS filesystem limitation - the Synology is running on Linux, which is case sensitive, whereas Windows isn’t. I doubt there’s anything that can be done to overcome this from within Roon.

If you want to see all instances where of folders and files that are identically named but for case of folder names or filenames you’ll have to run Roon server on Linux. Failing that you’ll need to rename offending folders.