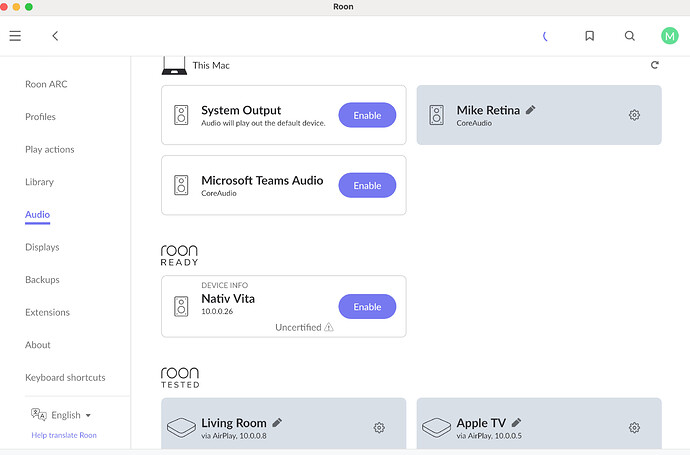 In order to upgrade to Roon 2.0 i needed to switch my core to another Mac, since 2.0 won’t run on earlier versions of Mac OS. When I switched my core, the Nativ Vita that had been “grandfathered” under my previous core is no longer able to be enabled. It shows up on my device list as “Roon Ready”, but refuses to activate because of the certification issues with this product when the manufacturer went bankrupt. Since I did everything I needed to do personally to get this product “grandfathered,” I am requesting Roon to do what it needs to do to let me enable this with my new Core machine. To be clear, I was working fine (using RAAT) under my prior core on my old Mac Pro running Roon 1.8.

Never mind. I was able to update the OS on the previous server to a level where it can run Roon 2.0. I restored the backup of the server from my external drive (where I keep my music files) and the restored server now connects with the Nativ Vita.