Mine has manual relays that click on sample rate change but it certainly doesn’t smear content by adjusting the timing of certain frequencies like minimum phase filters do in DACs.

I had done an analysis of playback preferences, which are not currently configurable.

Currently, Locally stored music will always be preferred (regardless of sampling and bit rate) over Tidal and Qobuz. 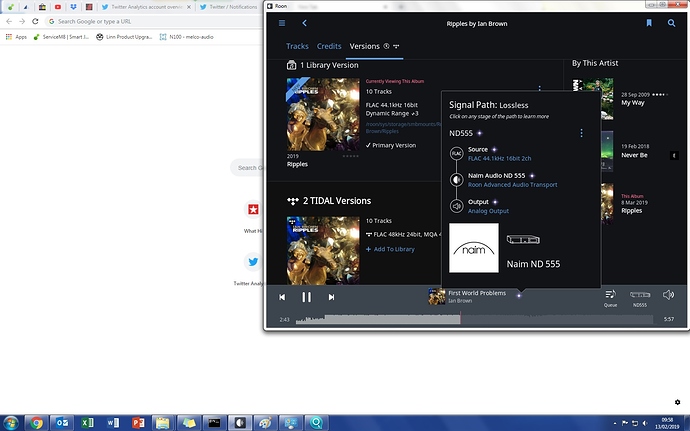 With Hi-Res, Qobuz is preferred over Tidal (assumed as it is native) 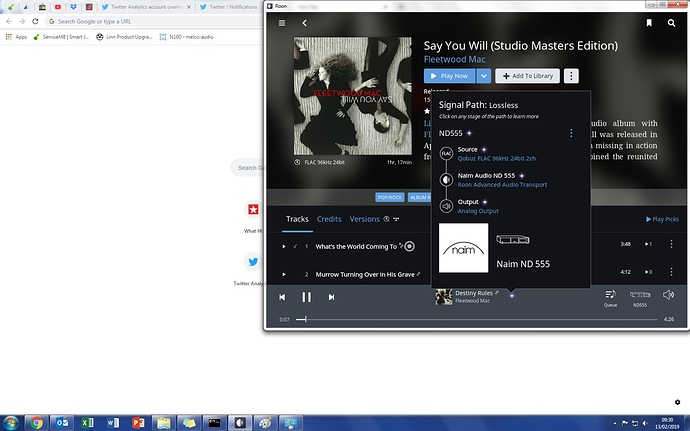 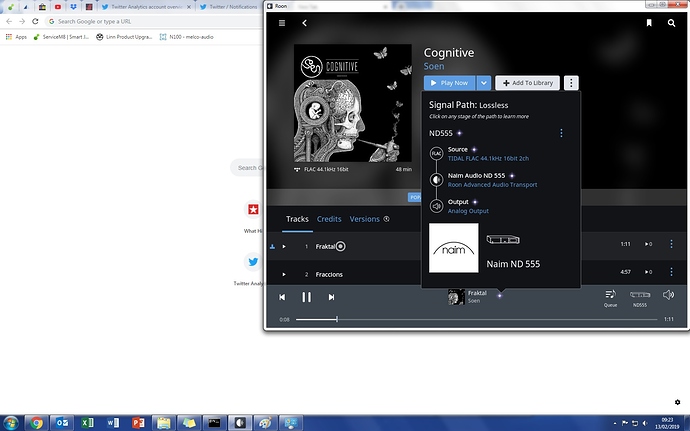 This was all done by clicking the play button.

With Hi-Res, Qobuz is preferred over Tidal (assumed as it is native)

No, it’s the opposite. MQA (and thus Tidal) is privileged over Hi-Res (and thus Qobuz)

That’s very strange, I had the opposite as indicated in the screenshot when the same resolution was available. Though, I would prefer to have a choice of preferred streaming service or '“highest resolution available” to be considered for the next update!

Well just to verify I just searched for that album. It found the same one and when I click “Play Now” the MQA version played. Are you in Europe? Maybe Roon is interacting with Tidal/Qobuz differently depending on region?

29 posts were merged into an existing topic: MQA and Digital Rights Management

If you see an off topic post … just flag it … please don’t reply as that just propagates the off topic discussion.

Carl, none of my posts you moved (and several replies to my posts) have anything to do with DRM. They are directly related to this topic requesting a feature.

MQA may well be the cubic zirconia of hi-res audio but it i not a virus. It will not infect your system. It is a choice…and option. Personally I like having choices. Sometimes I think the MQA file sounds great…other times I cannot distinguish it from a regular FLAC. If you don’t like it, for whatever reason, don’t listen to it.