Hello,
I don’t know how to solve this question:
I have a complete album plus one tracks on ather album and 16 tracks on a third album whose composer is Allegri
When I look for Allegri as a composer i have this: 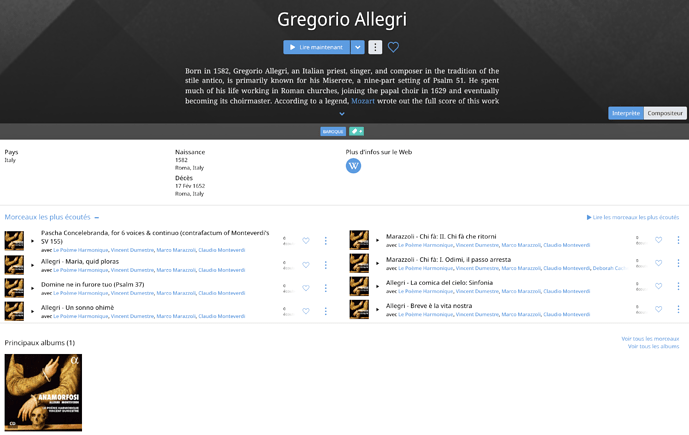 Can you share some screenshots of the album that appears under the Performer section for this composer? 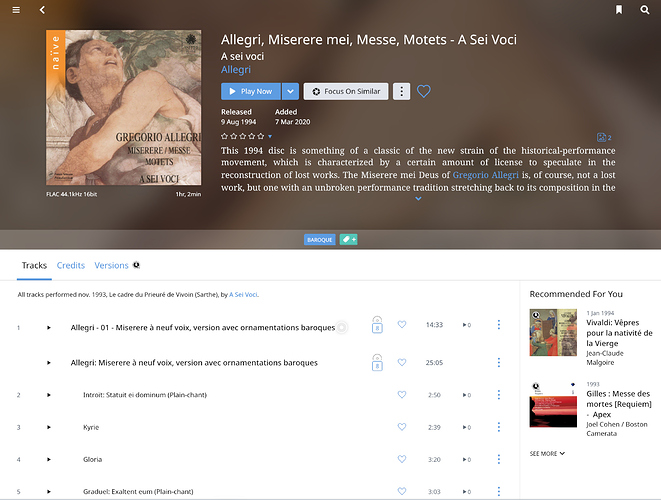 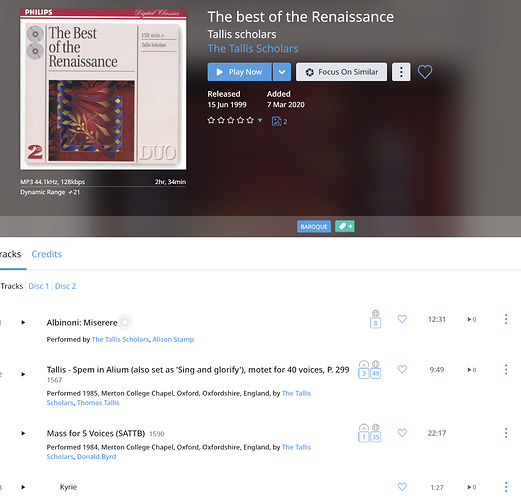