Qoboz Streams will not play

I have a Roon Nucleus+, Lumin X1 streaming dac connected via Fiber from a Ubiquity Router/Switch. Tidal plays fine. Qobuz metadata shows up but streams don’t play. Qobuz streams using the Lumin App. I’m using a iPad Pro with iOS 15.6. I’ve restarted the Nucleus and logged out and back into Qobuz.

Make sure you use e-mail address instead of username for Qobuz login.

Thanks. Yes. My Qobuz account name is my email address.

I verified that I can play Qobuz streams using the Lumin control app. I just can’t stream Qobuz files within Roon. All of the album covers are in the Library, you can see the track names, etc. but when you select a file and hit play, the “status marker”within the horizontal progress bar just bounces back and forth like it is searching for a file but can’t find it.

Here are some screen shoots from Roon. The last picture shows the status of the stream not playing. If you look closely, you can see the “status marker” bouncing off of the right side of the horizontal status bar 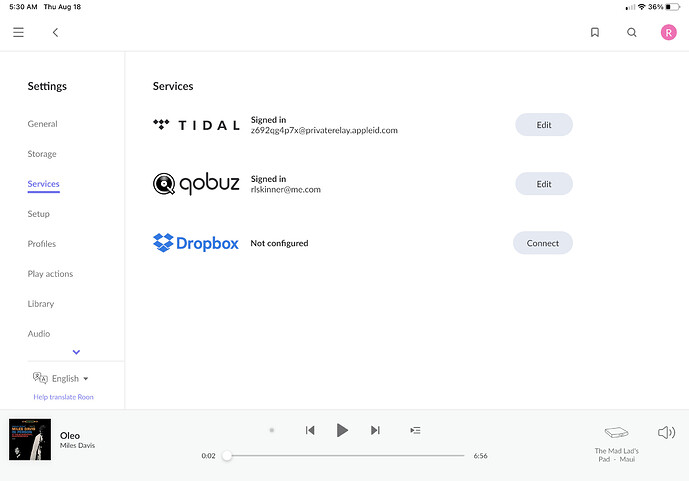 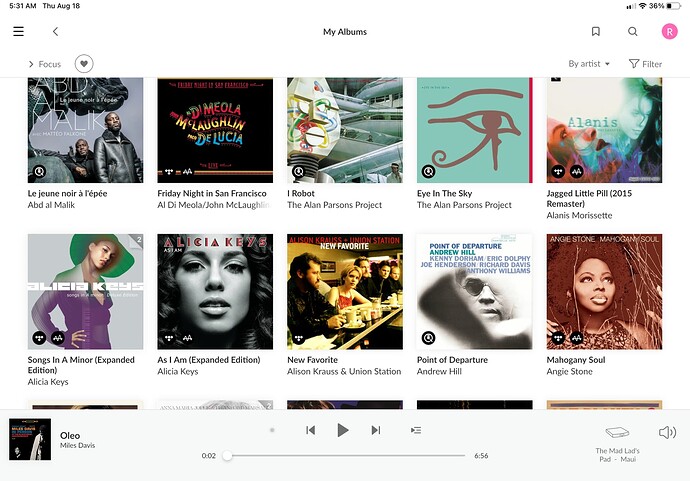 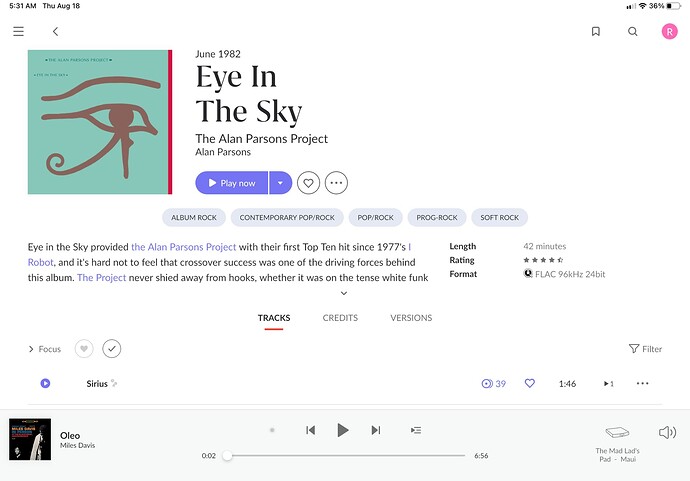 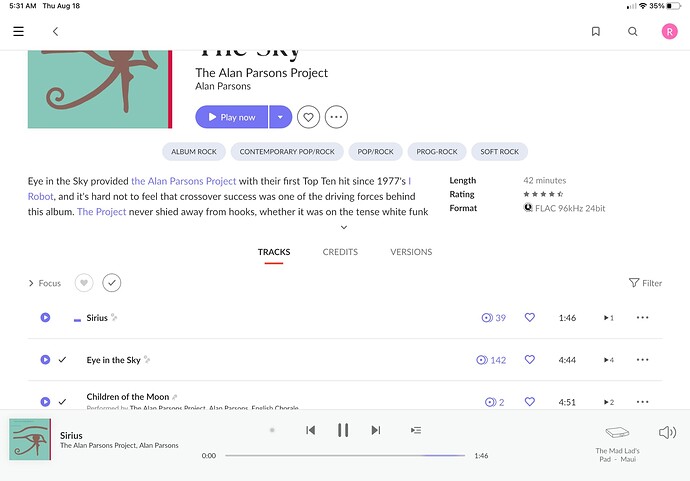 And this shows the same file actually playing using the Lumin app. 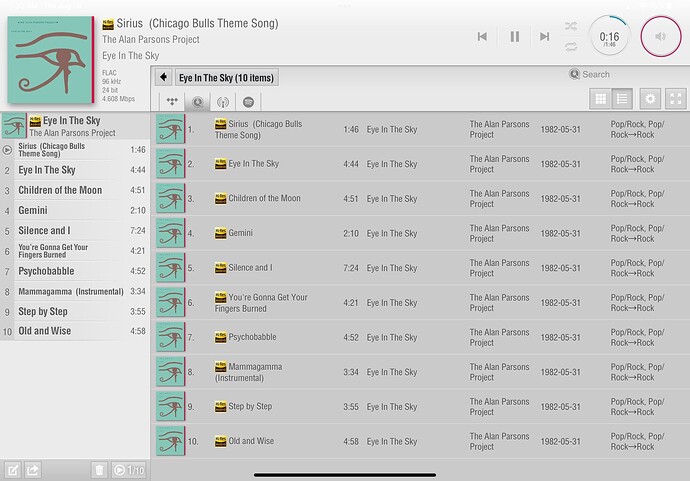 Peter - I encountered a few bizarre issues after changing the DNS on my Ubiquiti router.

I changed the DNS under >Settings >Network and selected the USG Pro-4 then enabled “DCHP DNS Server” and added 8.8.8.8 as the primary DNS server. This fixed the ROON streaming issue. Unfortunately, my USG Pro-4 was the only device that appeared in the UniFi Network (web hosted by the AV Installer (Pete Solomon of Solomon Solutions)that was contracted when the home was built) as “online.” The other devices US-48-500W and U6-LR access points reported as “offline.” The network, however, was fully functioning.

After resetting the USG Pro-4 and manually rebooting (unplugging) the US-48-500W switch several times, the device status “re-appeared” as as online (same for the four (4) U6-LR access points. Things were fine for awhile. This morning, however, I have the same issue: None of the devices are reporting as “online” within the UniFi Network.

I have manually rebooted the Switch once this morning but the problem persists.

I did not have a better experience with the latter, but this is region and ISP dependent. You will need to experiment with it to see what works for you better.

Thanks. I’ll play around with it and report back. Still trying to fix the ubiquiti issues