Hello,
I though I’d give Qobuz a try and my initial enthousiasm got very quickly dampened (to say the least) when I realized that hundreds of compositions that I had spent long hours merging found themselves un-merged, usually into two groups of seemingly random numbers of performances, all of a sudden.
Has anyone experienced this ? Is there an explanation to it and most importantly : is there a way back ?
Thanks for the help !
Quentin

Did you first notice this today?

Can you share some screenshots of an example of this so we can take a closer look?

Hi Dylan,
thank you for your reply !
Yes, I just noticed that. It might have been something else than Qobuz causing that but I found out immediately after.
Here are two examples :
Looking at Thelonious Monk’s compositions : 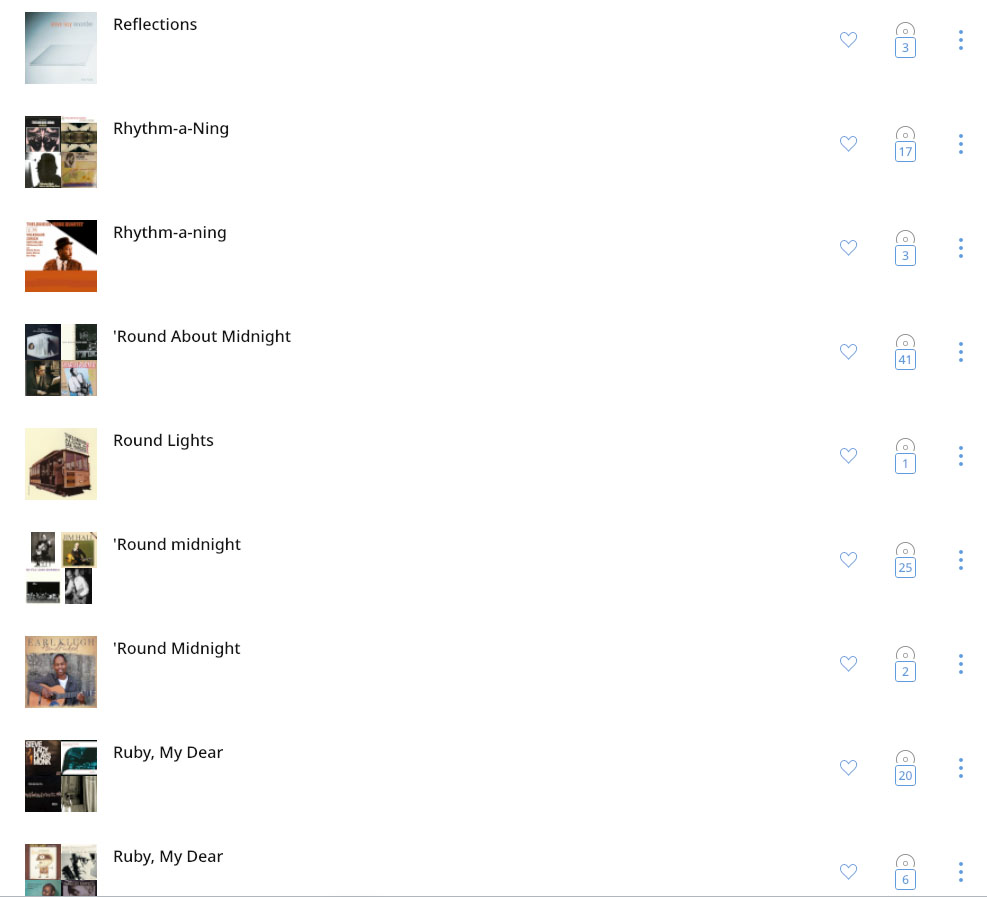 And among the general Composition index :

I just wanted to let you know I’m getting some clarification from our technical team on this and I’ll be sure to get back to you ASAP with more info. Thanks!

Thank you Dylan,
Also I have noticed that sometimes attempts to merge compositions now have the contrary effect of splitting even more ! Instead of two, I find myself with three groups…
The “unmergeable compositions” which I had been able to fix most of the time (providing tag editing and compositor doubling for example) seems a lot worse not.
Quentin