i noticed a strange behaviour: after a new start of my roon server i found a newly added allbum from qobuz in my database. this happend 2 times. the first time i thought i touched something wrong but the second time i had an album that i definitely have not seen before.
has anyone else noticed such things?

maybe it‘s sometimes a good way.
but the albums where in my roon database. so only someone that has access to my roon server or roon itself could have done this. the first i can exclude.

Were they showing in roon or were they added to your library? The first can be done by favouriting them in Qobuz.

they were added in my library. i have them deleted.

this has happened to me on several occasions. they’re always genres i listen to, so it seems unlikely its a hack, unless the hacker knows my music tastes.

Yes, I’ve noticed this also, but I thought it was my imagination.

OTOH, the albums aren’t something I would have added, genre not withstanding.

My guess is that Qobuz is, for some reason, surreptitiously adding albums to my Qobuz Favorites.

i don‘t want that favorits are added to the roon database.
however in my case these were not favorites because I would never have defined them as such

That’s not what I meant.

Did you check to see if they are, not Roon favored, but in the Qobuz Favorite list.

My guess is that Qobuz is, for some reason, surreptitiously adding albums to my Qobuz Favorites.

Anything in the Qobuz Favorite list gets added to Roon.

i understood your point. i have no qobuz favorits an never had. checked it now again.

Do you have Qobuz selections in your Roon library?

If so, then they (as far as I understand) will be in Qobuz Favorites.

That’s the connection between Roon and Qobuz and why, if you lose your Roon library, your Qobuz selections will be automatically restored to your new Roon library.

everything is empty in roon section my qobuz.
only one empty playlist. don‘t know how this was created…
is there an other place to look for?

In the Qobuz app, click the heart symbol.
Here’s my Qobuz, all of which I added thru Roon. 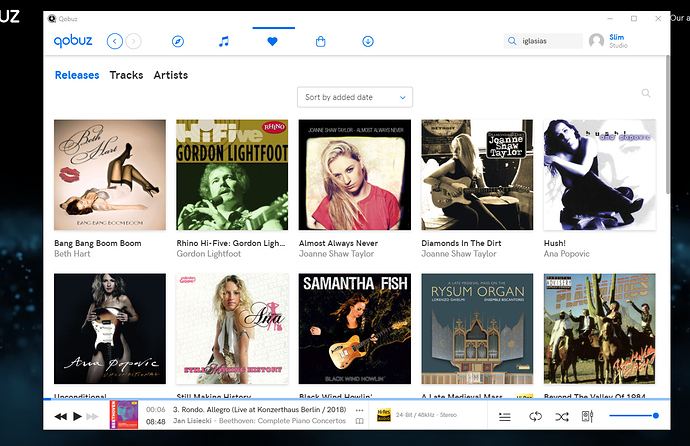 I don’t believe Roon takes it upon itself to add albums. I think Qobuz is doing that.

i had a look on the web player because i have not installed the app.
there is everything empty…

i will check this in case it happens again.

i noticed this strange behaviour again.
registered today tidal and have not used qobuz for some days.
and now i got this qobuz album ‚holiday music’ in my list. 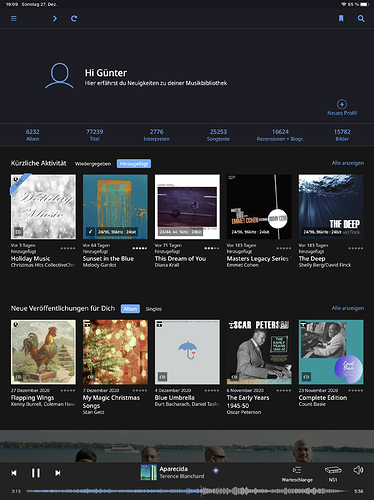 Again, I ask if these show in your Qobuz library?

It’s Qobuz adding them, not Roon. 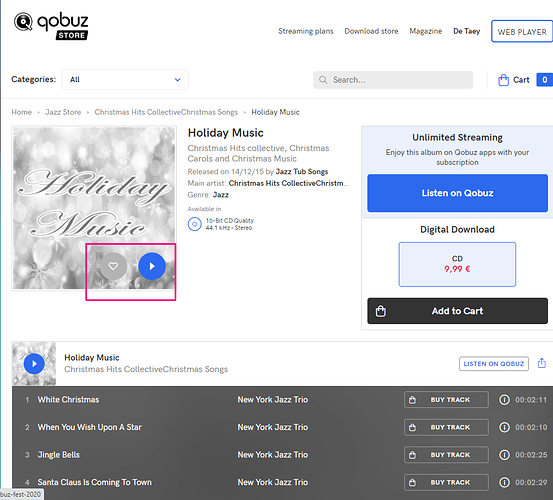 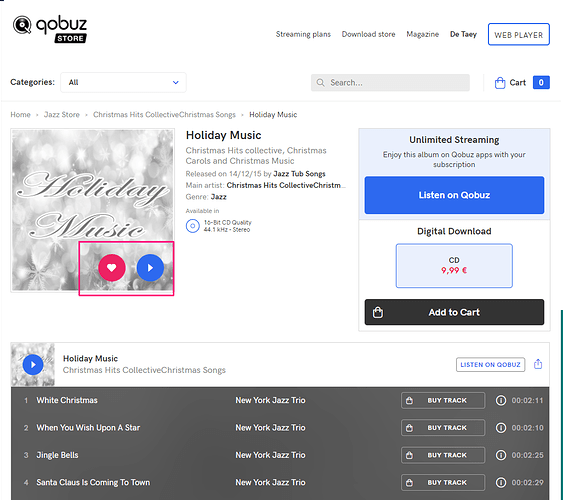 this album is not hearted.
but i have it ALREADY deleted from the roon library and then it will be deleted from the heart list in qobuz.
i used the web player the last time at 20. november for checking this.
and the new album was added 3 days ago.
anyway my trial will end soon.
so latest then this can not happen any more…
guenter