Anyone have an album artwork from Qobuz not display properly in Roon?

Here’s how it displays (properly) in the Qobuz app 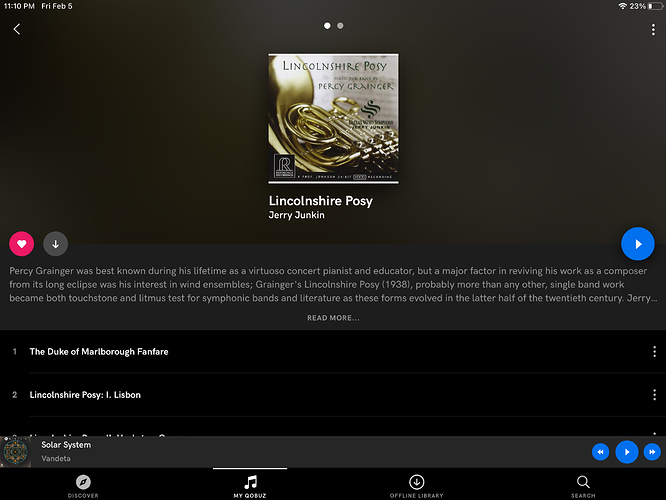 And here is how it is displaying in Roon 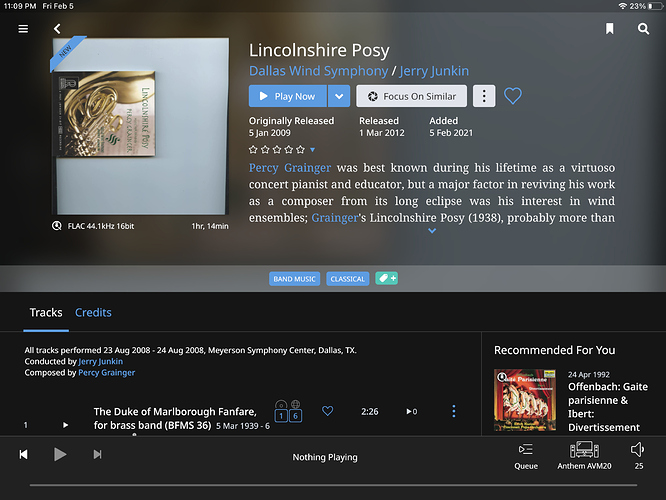 I tried deleting the album fron Roon then adding it again, but that didn’t work.

I’ve not seen this before. Very strange.

Have you tried logging out of Qobuz and logging back in? Seems like a silly procedure, but -kind of- solved my similar problem. Try clearing the artwork cache in the settings before logging back into Qobuz.

My experience is roon does not integrate Qobuz artwork generally very well. Not sure if this is the right place to post this and maybe it will be at least partially addressed in 1.8. For example, roon does not use Qobuz panes for Qobuz playlists. Personally, I find this makes the roon version of Qobuz playlists very difficult to navigate if you have favorited more than a few Qobuz playlists: 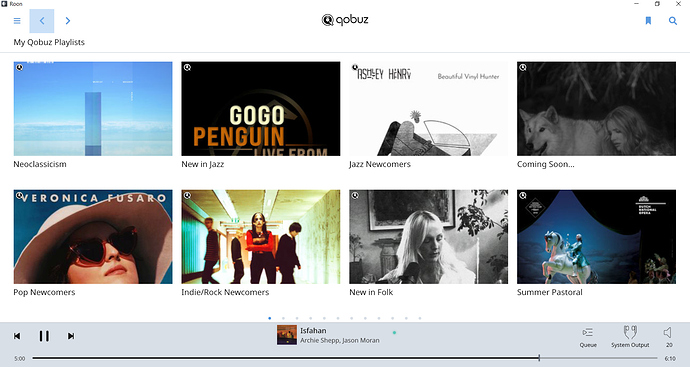 But this is what it looks like in Qobuz:

It looks like the roon panes are constructed from the album artwork of the first member of the playlist. The roll-over info-panes are lost as well so it all looks and feels quite crude by comparison and the loss of so many visual clues compared with Qobuz makes it quite disorienting. Many of the play-list text description labels are very similar so the loss of so many visual clues makes it generally disorienting and difficult to navigate. I find this especially the case once I favorited more than a handful of playlists.

I agree. Hoping for the best with the 1.8 release next week.

Thanks for the replies and suggestions.

It still displays in Roon incorrectly, so I changed it to an image from the label’s site instead.

It’s the only Qobuz album I’ve come across that had this issue, so I’m not going to worry about it.