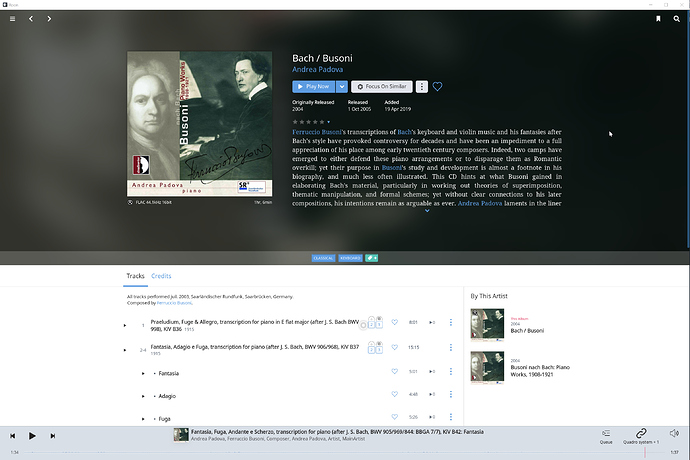 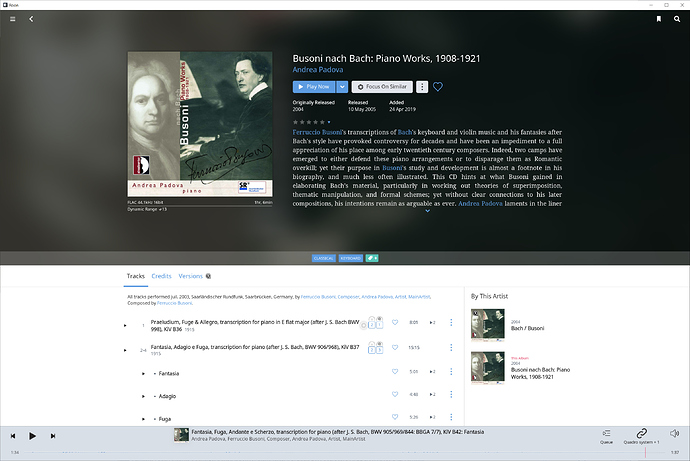 I’m making an assumption that you purchased this file and downloaded it from Qobuz, and then imported it into Roon. To Roon it’s just another local file, be it a CD rip or a download.

Thus:
Screen shot #1 The Qobuz logo is displayed as Roon is streaming the music from the Qobuz service.
Screen shot #2 No Qobuz logo, as it’s a local file stored on your hard disk.

Hope this helps, if not them could you elaborate more.

Hello Carl,
Thanks for your quick response.
You’re right, the file has been downloaded from Qobuz.
But it is now a local file, could you say why the Qobuz logo is displayed when this file is played ? (and not when Qobuz is streaming)
Regards
Bernard Delangue

Since this is also in your Qobuz favorites, it appears in your Roon library as both a local version and a Qobuz version.

In your second screenshot, it shows that you’re viewing the local version: 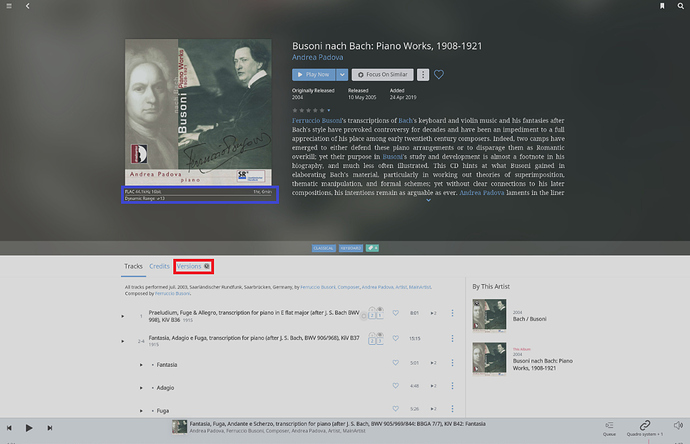 In the blue box, this shows this it’s a local FLAC file.

In the red box you see the Qobuz logo, but this just means that there is also a Qobuz version in your library.