Qobuz artists do not appear in Roon searches

Unraid on a server 32 core, 96gigs ram, running in docker

Unifi throughout, everything hardwired

When I search artists in Roon I get results for my library but Qobuz is not returning results every time. for instance ‘The Necks’.

I get no results from Qobuz, but in the Qobuz app they are there.

How can Qobuz be better integrated in my Roon?

Can you browse the Qobuz section in Roon OK?
I just searched for the necks and they came up on my system.
Have you rebooted the server instance?

Yes I can browse qobuz ok and its not any search just some, I have had other instances recently but did not mark down what did not work.

I would not be surprised if its a database issue with roon. I had tidal up to recently and had ‘added’ their albums to my library. Of course they are gone now, but I wonder if the database has failed update everything so nothing sows in qobuz, because the database shows thos albums in my library (even though they are not)

Well I cleaned up database but no dice./

Thats strange🤔 Roon shows 1 album Qobuz also one complete and 5 wich are singles but marked as album. I think the Roon database only sees the complete album in this case. 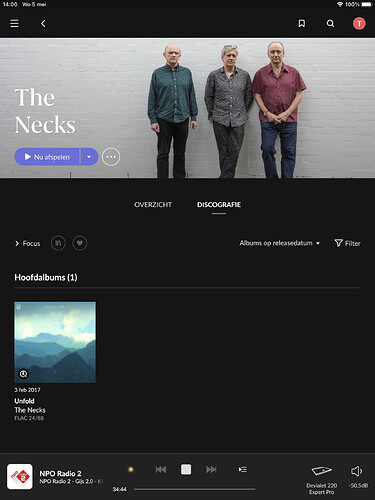 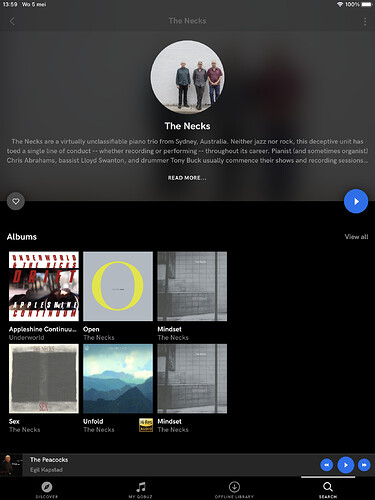 Did you check if the albums can be streamed in Qobuz? sometimes it does strange things if they are not streamable

Hi the albums can be streamed from the qobuz app no issues.

Here is what is offered in Qobuz 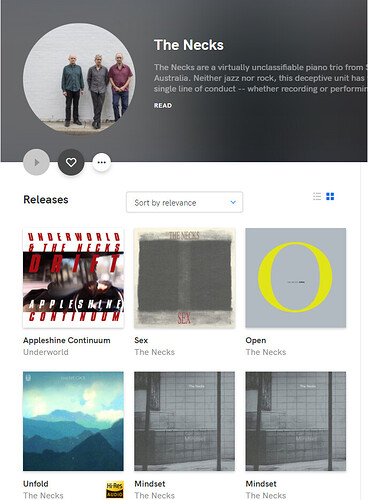 In roon I only get the partnership with Underworld album. thats because I added the album from underworld.

Roon only displays content that has streaming rights, and most of their content does not appear to be available for streaming.

You can see that the Open track is greyed out, and clicking play only allows 30 seconds to be played. In cases like this, these albums are not available in Roon.

Humm yes I see that, I guess this is why Tidal is ultimately better even with the MQA crap. sigh.

That being said 'unfold; seems to be all available and yet does not show in roon.

Thanks for the explanation