Qobuz albums I add to my library through Roon seem to intermittently get removed from my library, often within a few minutes. This seems to happen many 5-10% of all albums I add via Qobuz, as I have migrated to using tags over playlists since using Roon and most of my albums added are via Qobuz this is infuriating. The albums are confirmed as being added to my library, and even appear in the “Recent Activity” screen for added albums - then will just occasionally disappear.

If I stay on the album page after adding, the “Album has been deleted” message appears even though I haven’t requested this either through Roon or Qobuz. No one else has access to my account 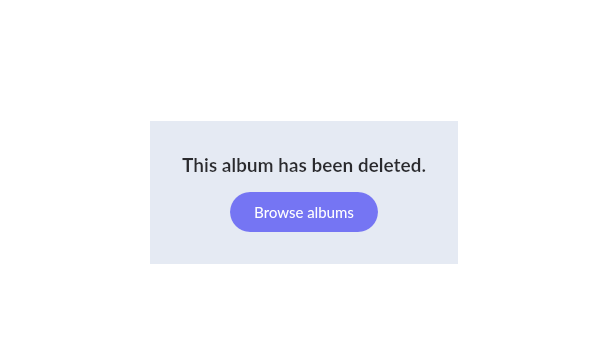 As it seems to be random, there’s not much I can do to combat this beyond make a note of what I’ve added elsewhere. I’ve only started noticing this in the past week or two, but could have been going on for months for all I know.

Just to confirm, you’re adding these to your favorites in the Qobuz app directly and syncing them to Roon, and they’re showing as deleted?

Do they still appear in your Qobuz favorites in the Qobuz app?

Hi Dylan, thanks for your reply. I’m adding them directly in Roon - I currently have a Tidal subscription also so I go to the Versions tab, choose Qobuz then press the plus symbol. The album is confirmed as added to my library after a short wait and I can add a tag to it. Then in some circumstances, the album will disappear from my Roon library (showing the “This album has been deleted” message if I don’t navigate away from the album). If I re-add the album, it generally stays and the tag is already applied.

I will do some further testing to see if it also disappears from the Qobuz app and if there’s any pattern to which albums disappear.

Thanks, @Ben_Hart. Definitely let me know what you find. I’d be curious to know after adding it to your library in these cases if it ever adds to your Qobuz favorites. What might be happening is it’s not properly adding there and so then when Roon syncs it’s “deleted” because it’s not in Qobuz. If this is the case, next time it happens please let me know the time and album that you notice this with and then send logs and I’ll take a look.

To send logs, use the directions found here and send us over a set of logs using a shared Dropbox link (or any other file sharing service).